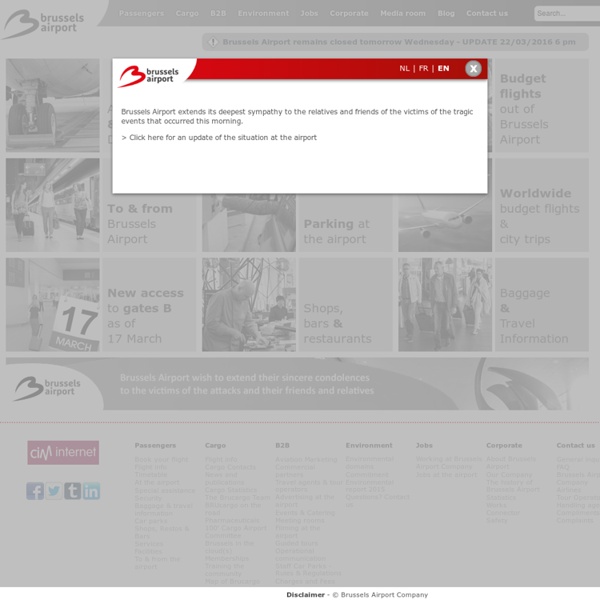 Customs Customs and Excise oversee the import and export of certain goods entering and leaving our country. They guard the country against practices that might be harmful for honest trade and the environment and/or might be of a criminal nature. For travellers this implies principally that the permitted amount of certain imported goods from abroad must not be exceeded, for instance spirits, tobacco, perfume... Exemption from VAT and excise duty Since 1 December 2008 a new directive on the exemption from VAT and excise duty applies in the EU. If you bring in no more than the allowances, you may use the green channel at the customs exit. You bring in goods coming from outside the European Union(1) or from Territories with a Special Tax Status (2) : Tobacco Products(3)200 cigarettes or100 cigarillos or50 cigars or250 grams smokingtobacco Other goods than those mentioned before(4) Presents, ... worth 430 euro for air or sea travellers or 300 euro in total for the other travellers. Specific information

Money ATMs / Cash dispensers / Bancontact ATMs for EURO are available in the departures hall, the arrivals hall, the baggage reclaim area, Pier A and Pier B. These ATMs are operated by Belfius. ATMs for FOREIGN CURRENCIES (e.g. Exchange offices Travelex Travelex has all the usual currencies in stock. You can also buy your foreign currency online. > Click here for more information. Money transfer If you wish to send or receive money worldwide without using a bank account, Travelex can take care of international money transfers to virtually any country in the world (e.g. Travellers' cheques Travellers' cheques can be exchanged at the Travelex offices. Travelex Opening hours City Information and Travel Guide - Brussels.com Q.1) What is Brussels popularly known for? Ans: Brussels is the capital of Belgium and hosts the headquarters of the European Union (EU). It is famous for Mini Europe miniature model park and Beer Festivals. Q.2) Which countries border Belgium? Ans: France, Germany, Netherlands and Luxembourg are the neighboring countries of Belgium. Q.3) What is the official language of Brussels? Ans: Belgium has three official languages: Dutch, French and German. Q.4) Which languages are spoken in Brussels? Ans: The two main languages spoken in and around Brussels are French and Dutch. Q.5) What are the important phrases in French while conversing with locals? Ans: Useful French phrases in towns where locals don't speak English Hello: Allo/SalutGood Day/Good Morning: Bon Jour! Here are some more phrases/terms useful for tourists: Where is '……'? Q.6) Which is the cheapest way to get around in Brussels? Q.7) What is Brussels' weather like? Q.8) Which are the best months to visit Brussels?

Brussels, Belgium Vacations, Tourism, Guides, Hotels, Things to Do, Restaurants Wherever else you go in Belgium, allow at least a little time for BRUSSELS, which is by any standard one of Europe's premier cities. Certainly, don't let its unjustified reputation as a dull, faceless centre of EU bureaucracy deter you: in postwar years, the city has become a thriving, cosmopolitan metropolis, with top-flight architecture and museums, not to mention a well-preserved late seventeenth-century centre, a superb restaurant scene and an energetic nightlife. Moreover, most of the key attractions are crowded into a centre that is small enough to be absorbed over a few long days, its boundaries largely defined by a ring of boulevards – the "petit ring", or less colloquially, the "petite ceinture". First-time visitors to Brussels are often surprised by the raw vitality of the city centre. The city's specialist shops are another pleasure.

Explore Brussels Tourism Opportunities with the Brussels Belgium Travel Guide Best Chocolate shop at Brussels ? - Brussels Forum 5. Re: Best Chocolate shop at Brussels ? I'll add some information for chocophiles for future reference. If you are looking for chocolates ("pralines", in Brussels) rather than chocolate bars, shops at the airport and Gare du Midi stock all the brands, but otherwise these largely have their own individual shops, some with many branches - Neuhaus has 22 in Brussels. CHOCOPOLIS (belgiumchocolates.be/catalog/Collection.php), below the Hotel Best Western Premier Carrefour de l'Europe (official address something like 100 rue du Marché aux Herbes) stocks a brand called Devina but also Côte d’Or, Galler and Neuhaus, and they are negotiating with Godiva, so this could also be a useful one-stop shop near the Grand' Place. You will find branches of all the leading chocolate makers around the GP - NEUHAUS in the nearby Galeries St. roughguides.com/website/… Just this weekend I came across a GODIVA outlet shop near their factory next to Simonis metro station.

The Brussels Marriott Hotel in downtown Brussels and near the Grand Place. Explore Belgium's capital when you stay at Brussels Marriott Hotel, one of the most beautiful hotels in central Brussels. This historic city is steeped in rich culture that has been evolving for more than 1,000 years. With French and Flemish influences, famed institutions, museums and architectural marvels, Brussels evokes vast international appeal. Our Brussels hotel's ideal location downtown is within walking distance of renowned landmarks including the Grand Place and Mont des Arts. Built where an island once stood in a flowing river, our hotel's setting in downtown Brussels offers modern accommodations in a historic building. Read More Hotel Details Marriott Rewards category: 7 Explore Our Hotel Our Brussels four-star hotel boasts a plush executive lounge, vibrant restaurant and comfortable guest rooms. Local Attractions Highlights Visit the Local Area Dining