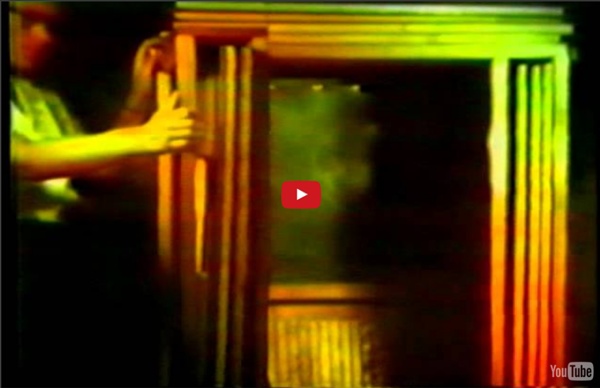 Operation Crossroads 1946 nuclear weapon tests at Bikini Atoll The second test was Baker. The bomb was known as Helen of Bikini and was detonated 90 feet (27 m) underwater on July 25, 1946. Radioactive sea spray caused extensive contamination. A third deep-water test named Charlie was planned for 1947 but was canceled primarily because of the United States Navy's inability to decontaminate the target ships after the Baker test. Ultimately, only nine target ships were able to be scrapped rather than scuttled. Bikini's native residents agreed to evacuate the island, and were evacuated on board the LST-861, with most moving to the Rongerik Atoll. Background[edit] Nine days later, Senator Brien McMahon, who within a year would write the Atomic Energy Act and organize and chair the Congressional Joint Committee on Atomic Energy, made the first public proposal for such a test, but one designed to demonstrate the vulnerability, rather than survivability, of ships. Opposition[edit] Secretary of State James F.

Highways gutted American cities. So why did they build them? There was once a time when most Americans took streetcars to work every day. Nowadays, 85 percent of workers drive. And although a few different factors fueled this transition, the biggest one may have been a $425 billion investment over half a century in the world's most advanced network of highways: the Interstate Highway System. The 48,000 miles of interstate highway that would be paved across the country during the 1950s, '60s, and '70s were a godsend for many rural communities. Downtown Minneapolis in 1953, versus today. So why did cities help build the expressways that would so profoundly decimate them? "There was an immense amount of funding that would go to local governments for building freeways, but they had little to no influence over where they'd go," says Joseph DiMento, a law professor who co-wrote Changing Lanes: Visions and Histories of Urban Freeways. How freeways became "free" (US Congress) The first step was changing how roads were funded. The future, according to GM.

When Black Men Ruled the World: 8 Things The Moors Brought to Europe When the topic of the Moorish influence in Europe is being discussed, one of the first questions that arises is, what race were they? As early as the Middle Ages, “Moors were commonly viewed as being mostly black or very swarthy, and hence the word is often used for negro,” according to the Oxford English Dictionary. Author and historian Chancellor Williams said “the original Moors, like the original Egyptians, were black Africans.” The 16th century English playwright William Shakespeare used the word Moor as a synonym for African. His contemporary Christopher Marlowe also used African and Moor interchangeably. Arab writers further buttress the black identity of the Moors. Black soldiers, specifically identified as Moors, were actively recruited by Rome, and served in Britain, France, Switzerland, Austria, Hungary, Poland, and Romania. Source: Stewartsynopsis.com/moors_in_europe.htm Universal Education Source: Blackhistorystudies.com/resources/resources/15-facts-on-the-moors-in-spain/

Vatican Creates April Fools Day to Hide Pagan New Year | TABU; Towards A Better Understanding Ancient religions celebrated April 1st as the New Year. This is when Spring brought new plantings of seeds for food for all in the Summer. It was a time of great celebration. The Roman Catholics changed the day to a day for ‘fools’. This is the exact same thing they did with Pagan Sun of God rising on December 25th. One theory for its origin, and perhaps the most widely accepted, relates to the European transition from the Julian to the Gregorian calendar. Although resisted by the Protestant countries in Europe, the new calendar was officially adopted by the Catholic states reasonably quickly. Like this: Like Loading...

HOW THE WORLD REALLY WORKS - GLOBAL ELITE, RULING ELITE, GLOBAL OLIGARCHY, FINANCIAL ELITE, DYNASTIC ELITE, POWER ELITE, GLOBALISM, DEEP STATE, ROTHSCHILD, ROCKEFELLER, ZIONISM, CORPORATOCRACY, PLUTOCRACY, KLEPTOCRACY The Seven Black Presidents Before Barack Obama | Fookem and Bug Were There Black US Presidents before? The people thought that Barack Obama is the first black President of the United States. Wrong. 1. John Hanson (a Moor) was actually the 1st President of the United States, he served from 1781 – 1782 and he was black. The new country was actually formed on March 1, 1781 with the adoption of The Articles of Confederation. Once the signing took place in 1781, a President was needed to run the country. As President, Hanson ordered all foreign troops off American soil, as well as removal of all foreign flags. 2. 3. 4. 5. 6. 7. So, America has survived and thrived through our first Seven Black Presidents and we will survive and THRIVE through the election of this one! <a href=" Our Poll</a>

Mass Graves of Children in Canada | Canadian Situations Commnetary I am posting this here because, I as a child from 1957 to 1968. I went through horrific abuses in the Chatholic Childrens Aid of Montreal during what was known as ‘The Duplesis Years” Daniel J Towsey Uploaded on Oct 2, 2011 Mohawk Elders announced today the opening of graves of children at the oldest Indian residential school in Canada in Brantford, Ontario. For more information and an upcoming press statement, visit: Mass Graves Of Children Found Near Montreal; Another Duplessis Orphan Tells Of Being Tortured As A Child In CIA Experimentaion Programs Using Nazi Doctors Pierre Sampson, now 60, is calling for justice an an open investigation to stop the murder of innocent children in government sponsored child experimentation programs. By Greg Szymanski For a further look at Dr. “To this day my records haven’t been changed. Greg Szymanski Published on Feb 12, 2013

There Was Once a Woman Who Had Immortal Cells Today I found out there was once a woman who had immortal cells. These immortal cells have multiplied to the point that if you were to weigh all of them that live today, they’d weigh about 50 million metric tons, which is about as much as 100 Empire State Buildings. So who was this woman and why are scientists keeping about 50 million metric tons of her cells supplied with fresh nutrients so they can live on? The woman was Henrietta Lacks and her immortal cells have been essential in curing polio; gene mapping; learning how cells work; developing drugs to treat cancer, herpes, leukemia, influenza, hemophilia, Parkinson’s disease, AIDS… The list goes on and on and on. If it deals with the human body and has been studied by scientists, odds are, they needed and used Henrietta’s immortal cells somewhere along the way. Her cells were even sent up to space on an unmanned satellite to determine whether or not human tissue could survive in zero gravity. Bonus Facts:

The Royal Proclamation of 1763 The Treaty of Paris, which marked the end of the French and Indian War, granted Britain a great deal of valuable North American land. But the new land also gave rise to a plethora of problems. The ceded territory, known as the Ohio Valley, was marked by the Appalachian Mountains in the east and the Mississippi River in the west. Despite the acquisition of this large swath of land, the British tried to discourage American colonists from settling in it. Further, just because the French government had yielded this territory to Britain did not mean the Ohio Valley's French inhabitants would readily give up their claims to land or trade routes. Moreover, the Native Americans, who had allied themselves with the French during the Seven Years' War, continued to fight after the peace had been reached. The last thing the British government wanted were hordes of American colonists crossing the Appalachians fueling French and Native American resentment. The solution seemed simple. BY THE KlNG.

WHY THE UCC FILING? Short Explanation Around the time of the war between the and the southern states of the American union, the was busy putting together a plan that would increase the jurisdiction of the . This plan was necessary because the had no subjects and only the land ceded to it from the states; i.e., the , which was only ten miles square and such land as was necessary for forts, magazines, arsenals, etc. Between the 1860’s and the early 1900’s, banking and taxing mechanisms were changing through legislation. Up to and including 1913 the added numerous private laws to its books that facilitated the increase of subjects and property for the . This initial nexus for this new citizenship started with the birth certificate under the provisions of the Sheppard-Towner Maternity and Infancy Protection Act of 1921. Domicile gets really interesting when you learn the is a British corporation established by the Act of 1871 wherein: The plan was well on its path by 1933. There are, in essence, two issues.

Henry Ford Invented Hemp Cars That Ran On Hemp Fuel. By Ian Crossland via Minds From Popular Mechanics: ‘When Henry Ford recently unveiled his plastic car, result of 12 years of research, he gave the world a glimpse of the automobile of tomorrow, its tough panels molded under hydraulic pressure of 1,500 pounds per square inch (psi) from a recipe that calls for 70 percent of cellulose fibers from wheat straw, hemp and sisal plus 30 percent resin binder. The only steel in the car is its tubular welded frame. The plastic car weighs a ton, 1,000 pounds lighter than a comparable steel car.’ Apparently Ford wanted to run his Model T off of ethanol. Rudolf Diesel, the inventor of the diesel engine, designed it to run on vegetable and seed oils like hemp. However, the gasoline industry lobbied hard to keep alcohol taxes high and drop the price of gasoline. Here is more original footage of Ford’s hemp car Read Next: Germany Has Unveiled The World’s First Hydrogen Powered Passenger Train With Zero Emission

Astonia | Operations & Codenames of WWII This was the British undertaking by Lieutenant General J. T. Crocker’s British I Corps of Lieutenant General H. D. G. Crerar’s Canadian 1st Army within Field Marshal Sir Bernard Montgomery’s Anglo-Canadian 21st Army Group to establish a bridgehead over the Seine river downstream of Rouen to facilitate the capture the major port of Le Havre, which was seen as an objective of great importance as it was thought to be capable of handling some 20,000 tons per day (12 September 1944). By this time other Allied forces had pushed through to take the more significant harbour facilities at Antwerp, which were also closer to the fast-moving Allied front line. On 4 September Major General E. Naval and air bombardments to soften the defences began on 5 September. Heavy rain interrupted all operations on 9 September but then weather then cleared, and although the sodden ground delayed the start of the ground attack, naval and air bombardment was resumed on 10 September.