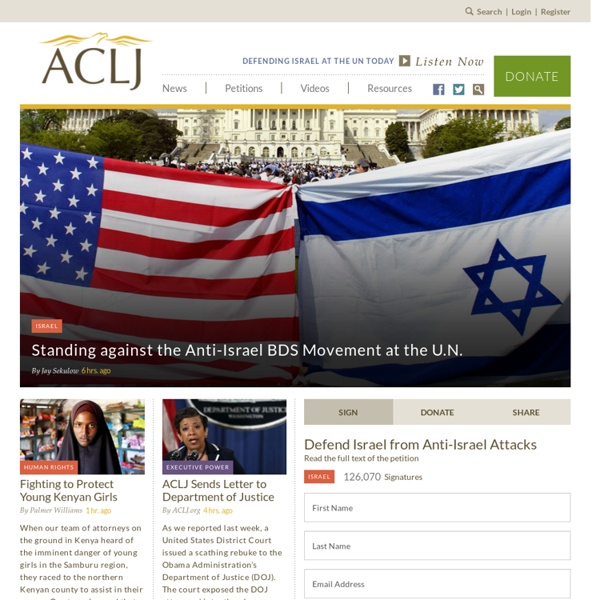 Facebook And Monsanto Are Basically Owned By The Same People Or should we say corporations… Jon Rappoport | No More Fake News Seven of the top 12 shareholders of Facebook and Monsanto are identical. Even more to the point, three of the top five shareholders are the same. The top shareholder, at the moment, in Monsanto is The Vanguard Group, which is number two on the list of top Facebook shareholders. Image credit: esp.rt.com FMR, LLC, is the number one Facebook shareholder. The State Street Corporation is the number three shareholder for both Facebook and Monsanto. BlackRock Institutional Trust Company is Monsanto’s number five shareholder, and ranks at number four for Facebook. The other top dozen shareholders of both Monsanto and Facebook are Jennison Associates, Sands Capital Management, and the Vanguard Total Stock Market Index Fund. (Note: If you consult open listings (for example, investors.morningstar.com), you can look at the major shareholders of these two publicly traded companies, Monsanto and Facebook). No problem. That’s business as usual.

Blog personnel de Vivien Hoch Wanted: Mars Colonists to Explore Red Planet If you think you have the right stuff to help colonize Mars, you'll soon get your chance to prove it. The Netherlands-based nonprofit Mars One, which hopes to put the first boots on the Red Planet in 2023, released its basic astronaut requirements today (Jan. 8), setting the stage for a televised global selection process that will begin later this year. Mars One isn't zeroing in on scientists or former fighter pilots; anyone who is at least 18 years old can apply to become a Mars colony pioneer. The most important criteria, officials say, are intelligence, good mental and physical health and dedication to the project, as astronauts will undergo eight years of training before launch. "Gone are the days when bravery and the number of hours flying a supersonic jet were the top criteria," Norbert Kraft, Mars One's chief medical director and a former NASA researcher, said in a statement. Final astronaut candidates will be selected after review by Mars One experts and a global TV event.

American Center for Law & Justice The American Center for Law & Justice (ACLJ) is a politically conservative, Christian-based social activism organization in the United States.[citation needed] It is headquartered in Washington, D.C. and associated with Regent University School of Law in Virginia Beach, Virginia. The ACLJ was founded in 1990 by law school graduate and evangelical minister Pat Robertson to protect constitutional and human rights worldwide. ACLJ generally pursues constitutional issues and conservative Christian ideals in courts of law.[1][2][3][4] The leaders of the ACLJ also occasionally engage in public debates to present their perspective on legal and Constitutional issues. History[edit] The ACLJ supported blocking the construction of the center through New York City’s Landmarks Preservation Commission, though the ACLJ in the past has opposed efforts (or what it perceived as efforts) to block churches in the same way. Notable legal cases[edit] Europe[edit] Africa[edit] Criticism[edit] References[edit]

Most People Don’t Know About This Place (Photos) Deep inside a mountain on the freezing remote Norwegian island archipelago of Svalbard, halfway between mainland Norway and the North Pole, is the Svalbard Global Seed Vault. A fail-safe, state-of-the-art seed storage facility, built to stand the test of time and all possible natural or man-made disasters. The purpose of the vault is to store frozen duplicates (back ups) of all seed samples from the world’s crop collections, making the vault the ultimate insurance policy for the world’s food supply. Often called the “Doomsday” Seed Vault, the Svalbard Seed Vault is the world’s insurance policy against botanical disasters, so that food production can be restarted anywhere on the planet following a regional or global catastrophe. The vault is reached via an access tunnel about 330 feet (100 meters) long, with an entrance portal on its outside. The entrance portal is the only visible part of the facility. The facility consists of three separate underground chambers. About The Author

Le blogue d'Edmond Prochain BBC Nature - Shark embryos 'freeze' to evade predators 10 January 2013Last updated at 07:50 By Michelle Warwicker Reporter, BBC Nature Bamboo shark embryos developing in egg cases stay still to evade predators, scientists say. Australian researchers found that the embryos could identify electric fields simulating a nearby predator, despite being confined to a tiny egg case. On sensing danger, they "froze" and temporarily stopped breathing to avoid being detected. Sharks use jelly-filled pores on their heads called electroreceptors to recognise other animals. These highly sensitive receptors enable sharks to locate prey, predators or potential mates from minute bioelectric fields. The study, by scientists from the University of Western Australia, Crawley, near Perth, suggests brownbanded bamboo shark (Chiloscyllium punctatum) embryos are able to employ similar methods to detect predators. The team's findings are published in the journal PLoS ONE. As the embryo grows the seal of the egg case begins to open. Shark-repellent potential “Start Quote

The End Of Facebook It’s taken five years to get the Booooooom Facebook page to the size it is now and after all that it appears, due to Facebook’s greed, it’s a complete waste of time to continue using it. The other day I made a post, and of the 155,000 people following our page, only 400 people saw it. That’s not even 1% of our followers! That’s kinda insane if you think about it. If you run your own Facebook page you’ve already experienced this problem of reaching your own fans. I was going to make this a post for those of you who still want to be updated on Facebook whenever I publish new content. I was disgusted when I watched these two videos that went viral recently, revealing the shadiness of what’s happening on Facebook right now. It’s enough to make me want to give up, and it’s sad because if Facebook still worked the way it did a couple years ago, it would be a tremendous tool for connecting with all of you. So basically, Facebook is screwing all of your favourite Facebook pages. Share and Enjoy

Patrice de Plunkett : le Blog Mars One Seeks Applicants » OUTRAGEOUS: Veterans Are Now Receiving Letters Prohibiting The Purchase, Possession, Receipt, Or Transport Of A Firearm/Ammunition… What if that letter also stated: “A determination of incompetency will prohibit you from purchasing, possessing, receiving, or transporting a firearm or ammunition. If you knowingly violate any of these prohibitions, you may be fined, imprisoned, or both pursuant to the Brady Handgun Violence Prevention Act, Pub.L.No. 103-159, as implemented at 18, United States Code 924(a)(2).”? That makes is sound like something right from a documentary on a tyrannical dictatorship somewhere in the world. Yet, as I write this I have a copy of such a letter right in front of me. It is being sent by the U.S. The letter provides no specifics on the reasons for the proposed finding of incompetency; just that is based on a determination by someone in the VA. Obviously, the Department of Veterans Affairs can’t be bothered by such impediments as the Constitution, particularly since they are clearly pushing to fulfill one of Obama’s main goals, the disarming of the American people.

POWER FROM WATER! IT'S A FACT, 6 SCIENCE TEAMS SAY A novel way to produce electricity from water - one with extensive peer-reviewed research behind it - has been validated by 6 scientific teams from Cal Tech, MIT and Fortune 500 companies, Joe Shea reports BreakthroughAT LAST, HYDRINO REACTORS ARE CONCLUSIVELY VALIDATED by Joe SheaAR CorrespondentBradenton, Fla.May 23, 2012 Back to home page Printable version of this story CRANBURY, N.J., May 23, 2012 -- In the lovely, quiet pastures of northern New Jersey where Edison and Einstein once reigned, Dr. Multiple scientists from six research universities and Fortune 500 companies have now provided a hefty stack of successful validation studies for the BlackLight Power CIHT fuel cell that may let drivers go 1,500 miles on nothing more than a liter of water, the company announced Monday. The "extraordinary claim" met extraordinary tests, according to Prof. "It would be irrational not to be very skeptical,” Dr. Quantum physicists have steadfastly ignored or pilloried Mills' theories and research.

This site is a must for those who want to be involved in protecting the US Constitution. by josh.bushong Feb 7