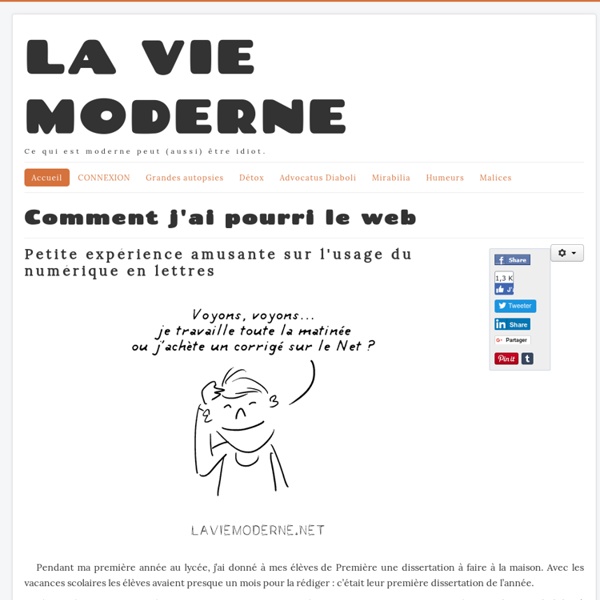 A Better Strategy for Hangman I agree. My strategy has always been based on word patterns. In fact, I would go so far as to skip the first five letters in the "optimal solution to get a hit" as you can assume that those five letters are in the answer. If I see an N as the next to last letter, you can bet that my next three guesses are E, S, and G because those are the three most likely letters to follow (-INE, -ANE, -ONE, -NS, -ING). Blog / JESS3 APPetizer: Mad Men Cocktail Culture The Mad Men Cocktail Culture app is a 1950s/60s mixology guide based on the AMC series Mad Men. What makes this different from other cocktail guides is its relevancy and references to Mad Men and the time period. The app features 22 different cocktails with quirky descriptions which relate to the show and often include some historical cocktail facts. I like this app specifically because as I’m watching the show, I’m realizing the true meaning of “classic” in many aspects of the word– and as far as cocktails go, this app has nailed it.

Algorithmic Essay-Grading: Teacher’s Savior Or Bane Of Learning? A contest is underway at data-crunching competition site Kaggle that challenges people to create “an automated scoring algorithm for student-written essays.” This is just the latest chapter in a generations-long conflict over the nature of teaching, and to that end it’s also just one of many inevitable steps along the line. Automated grading is already prevalent in simpler tasks like multiple-choice and math testing, but computers have yet to seriously put a dent in the most time-consuming of grading tasks: essays. Millions of students write dozens of essays every year, and teachers will often take home hundreds to read at a time. In addition to loading the teachers with frequently undocumented work hours, it’s simply difficult to grade consistently and fairly.

'Tau day' marked by opponents of maths constant pi 28 June 2011Last updated at 09:46 By Jason Palmer Science and technology reporter, BBC News Fans of tau suggest it makes more sense than pi when describing fractions of a circle The mathematical constant pi is under threat from a group of detractors who will be marking "Tau Day" on Tuesday. Tau Day revellers suggest a constant called tau should take its place: twice as large as pi, or about 6.28 - hence the 28 June celebration. Tau proponents say that for many problems in maths, tau makes more sense and makes calculations easier. Not all fans of maths agree, however, and pi's rich history means it will be a difficult number to unseat.

Google: Bing Is Cheating, Copying Our Search Results Google has run a sting operation that it says proves Bing has been watching what people search for on Google, the sites they select from Google’s results, then uses that information to improve Bing’s own search listings. Bing doesn’t deny this. As a result of the apparent monitoring, Bing’s relevancy is potentially improving (or getting worse) on the back of Google’s own work. Google likens it to the digital equivalent of Bing leaning over during an exam and copying off of Google’s test. “I’ve spent my career in pursuit of a good search engine,” says Amit Singhal, a Google Fellow who oversees the search engine’s ranking algorithm. “I’ve got no problem with a competitor developing an innovative algorithm.

56 hours, 81m points, and the fall of Missile Command’s 30-year-old-record Some numbers just stick out. Joe DiMaggio hit safely in 56 straight games. UCLA Men's Basketball won 88 in a row. How to complete 'Snake' and accept the emptiness of life It takes 13 minutes and seven seconds to complete Snake, the decades-old game that enjoyed a renascence through Nokia's early mobile phones. 13 minutes, seven seconds, one hundred pellets. But what is this endless pursuit of pellets for? What reward lies at the end of this snake's insatiable desire for food?

If It Ain't Broke, Don't Fix It: Ancient Computers in Use Today It’s easy to wax nostalgic about old technology--to remember fondly our first Apple IIe or marvel at the old mainframes that ran on punched cards. But no one in their right mind would use those outdated, underpowered dinosaurs to run a contemporary business, let alone a modern weapons system, right? Wrong!