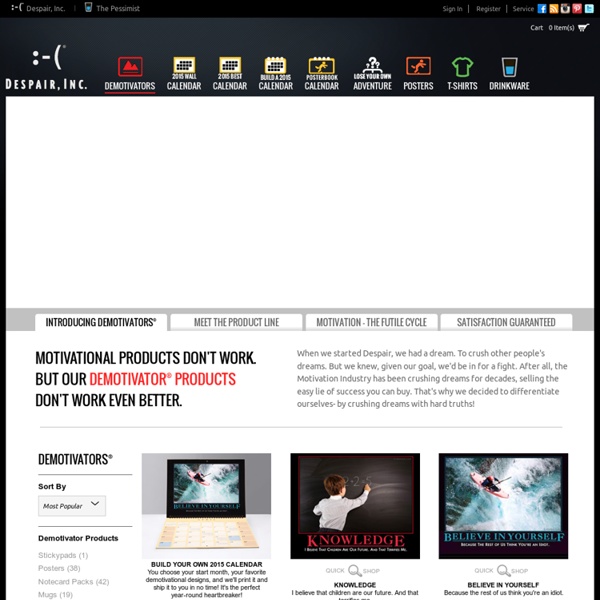 64 Things Every Geek Should Know « Caintech.co.uk If you consider yourself a geek, or aspire to the honor of geekhood, here’s an essential checklist of must-have geek skills. The term ‘geek’, once used to label a circus freak, has morphed in meaning over the years. What was once an unusual profession transferred into a word indicating social awkwardness.

throwing a banana cream pie in the face of technology. The Joy of Tech is a comic about technology and pop culture, created by Nitrozac and Snaggy, and updated three times a week. We like to feature the people and events that are making today's tech and pop culture news. We've been making comics on the web since early 1999, starting off with After Y2K, and then The Joy of Tech, which is now in its whoa... 17th year! The 12 Funniest iPhone Auto-Correct Fails Ah, we’ve all been there: you’re quickly texting on your iPhone to your Mom that you want tacos for dinner and before you realize it, you’ve typed out your secret desire for the 1988 Oakland Raiders to run the train on your dog. How could such a costly mistake happen? It’s the damn auto-correct feature!

Darths & Droids PCs always seem to be able to hold detailed discussions of their plans, despite being in situations where coherent speech, or speech of any sort, should be impossible. And all the NPCs can do is look on in bemusement. Transcript Obi-Wan: Poison gas? I hold my breath.Qui-Gon: Me too. 7 ways to move beyond procrastination Almost everyone is held down by what some call “the silent killer”. Procrastination strikes everywhere. We all want to avoid the pain or discomfort of doing something we feel is boring, stupid, pointless, hard, complicated, risky, possibly really emotionally painful and so on. But even though we know that we will have to do it eventually and that we’re just deluding ourselves we still put it of. Often with reasons we know deep down are weak and we really just made up. We get stuck in a vicious circle of doing too little of both what we want and what we don’t want.

Your Feng Shui Birth Element Last updated on April 26, 2011 at 12:00 am EDT by in5d Alternative News * Visit in5D Connection where you can find your soul mate or join one of our amazing groups. EVERYONE is welcome! How much was a loaf of Brad in 1975 To find the answer, we must first quantify the value of Brad. So how much is a human life worth? According to research by Stanford economists, a year of human life is worth about $129,000. Wolfram Alpha tells us that the average age of a person named Brad is 35 years, and that the average life expectancy for a human male (worldwide) is about 69 years. Assuming that procuring a loaf of Brad involves cutting down a Brad in his prime, we would be depriving him of 34 years of life - a value of $4,386,000. Next we must decide if a "loaf" is a unit of volume, or a unit of weight.

Amusing Ourselves to Death by Stuart McMillen - cartoon Recombinant Records This webpage originally contained a comic adaptation of part of the foreword to Neil Postman's book Amusing Ourselves to Death. This comic was respectfully removed in March 2012 due to the wishes of the copyright holders of the text. Do yourself a favour and read Neil Postman's words in full. Purchase a copy of Amusing Ourselves to Death new/used (aff). Other links which may be of interest to readers who were pointed here: List of emoticons A simple smiley This is a list of notable and commonly used emoticons or textual portrayals of a writer's mood or facial expression in the form of icons. The Western use of emoticons is quite different from Eastern usage, and Internet forums, such as 2channel, typically show expressions in their own ways. In recent times, graphic representations, both static and animated, have taken the place of traditional emoticons in the form of icons.

Country etiquette, manners for global travelers, etiquette guide, etiquette... In many countries, flowers are a popular gift, but in Egypt, giving someone flowers can be a bit of a faux pas! In Egyptian culture, giving flowers is reserved for weddings, funerals, or for the ill. Sweets, electronic gadgets, and compasses make good gifts, though!

The Family Favorite: Troll Dad Remember growing up when your Dad told you that the moon was made out of cheese and pretended to give your dog to the pound after you got a D in History? Turns out that Dads the world over have been trolling their children. And so Troll Dad the rage comic was born: The ultimate minefield, the Girlfriend’s Dad Troll: First time traveller advice - 50 useful tips Hotel Deals of the Day Where do you want to go? Arrive Nights About to head off and see the world but feeling a bit daunted by the whole thing? Hidden flavours of Paris Want to savour the French capital's best steaks, freshest baguettes, most welcoming bars and secret street markets? Discover the hidden gems of Paris' food scene with the help of the experts. The article, taken from an edition of Lonely Planet Traveller magazine, shows you how. The secret patisserie - Gérard Mulot