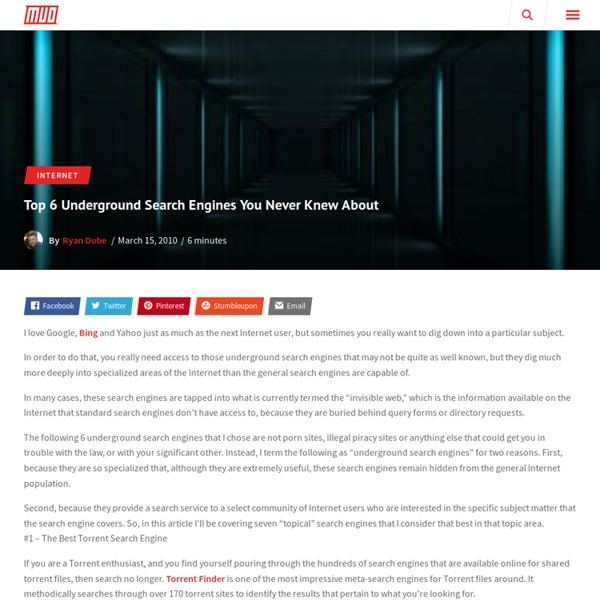 20 Websites To Free EBooks We understand that reading is the simplest way for human to derive and constructing meaning in order to gain a particular knowledge from a source. This tendency has been digitized when books evolve into digital media equivalent – E-Books. It would be nice if we’re able to download free e-book and take it with us. Creepy Tools for Social Engineers and Information Gathering Gelocation has been a hot topic in the social engineering world for quite some time. As a social engineer it is important to be able to profile your targets efficiently. Tools like SET and Maltego make social engineering engagements easier. Yet up until now there wasn’t a tool out there that helped a social engineer track the physical where-a-bouts of their targets. Of course you could go to their twitter, facebook, 4square and other social media accounts and gather all their messages and then find posts that have geo data in them and then take the time to gather all the details and make sense of them. What if there was a way to retrieve information from Twitter as well as FourSquare.

Invisible Web: What it is, Why it exists, How to find it, and Its inherent ambiguity What is the "Invisible Web", a.k.a. the "Deep Web"? The "visible web" is what you can find using general web search engines. It's also what you see in almost all subject directories. The "invisible web" is what you cannot find using these types of tools. The first version of this web page was written in 2000, when this topic was new and baffling to many web searchers. Since then, search engines' crawlers and indexing programs have overcome many of the technical barriers that made it impossible for them to find "invisible" web pages.

A map of the Tricki This is an attempt to give a quick guide to the top few levels of the Tricki. It may cease to be feasible when the Tricki gets bigger, but we might perhaps be able to automate additions to it. Clicking on arrows just to the right of the name of an article reveals its subarticles. Say goodbye to Google: 14 alternative search engines Well it’s been a big week for search, I think we can all agree. If you’re a regular Google user (65% of you globally) then you’ll have noticed some changes, both good and bad. I won’t debate the merits of these improvements, we’ve done that already here: Google kills Right Hand Side Ads and here: Google launches Accelerated Mobile Pages, but there’s a definite feeling of vexation that appears to be coming to a head. Deep breath… As the paid search space increases in ‘top-heaviness’, as organic results get pushed further off the first SERP, as the Knowledge Graph scrapes more and more publisher content and continues to make it pointless to click through to a website, and as our longstanding feelings of unfairness over Google’s monopoly and tax balance become more acute, now more than ever we feel there should be another, viable search engine alternative. There was a point not that long ago when you could easily divide people between those that used Google, Yahoo, Ask Jeeves and AltaVista.

15 Websites to Find People On The Internet In an era of booming social networks, it’s easier to find lost friends and colleagues than it ever was before. The Positive Impact of Social Networking Sites on Society The Positive Impact of Social Networking Sites on Society Social networking isn't for everyone, but it's now such a massive part of all our lives, whether we embrace or reject the notion, that it can no longer be ignored. But are social networking sites... Read More DEEP WEB LINKS Pastebin PRO Accounts 2016 NEW YEARS SPECIAL! For a limited time only get 40% discount on a LIFETIME PRO account! a guest May 22nd, 2011 Never AD-BLOCK DETECTED - Please Support Pastebin By Buying A PRO Account

How to Find Anything Online: Become an Internet Research Expert Einstein once said, “The secret to creativity is knowing how to hide your sources.” The same could be said of intelligence. What they don’t tell you is that the “smart” people of the world are, in most cases, just better at researching and learning things than everyone else. But researching is a learned skill, not something you’re born with. No Longer a Conspiracy Theory: CIA Director Admits Plans of Aerosol Spraying for Geoengineering Last week, the Director of the Central Intelligence Agency, John O. Brennan addressed instability and transnational threats to global security at a meeting with the Council on Foreign Relations. During his long-winded talk of threats to US interests and how the largely CIA-created ISIL threat is impacting the world, Brennan brought up the topic of geoengineering.