How to Install Aurora Dashboard (W/ Skins, Coverflow Layouts) This is going to be a full install tutorial for Aurora, I plan on adding to this over time so if you have any questions feel free to post them below. 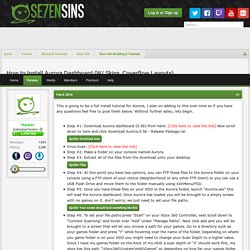 Without further adieu, lets begin.Step #1: Download Aurora dashboard (0.5b) from here: [Click here to view the link] Now scroll down to here and click download Aurora 0.5b - Release Package.rar Virus Scan: [Click here to view the link]Step #2: Make a folder on your console named Aurora.Step #3: Extract all of the files from the download onto your desktop. Step #4: At this point you have two options, you can FTP these files to the Aurora folder on your console using a FTP client of your choice (Neighborhood or any other FTP client) or you can use a USB Flash Drive and move them to the folder manually using XeXMenu/FSD.Step #5: Once you have these files on your HDD in the Aurora folder, launch "Aurora.xex" this will load the Aurora dashboard. How to use game mods with Morrowind: GOTY. **What you need** The game: This game has been patched so that you can use some mods by installing them in the Xbox's cache. 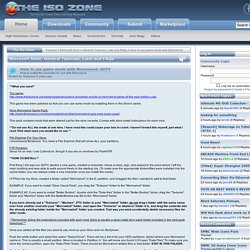 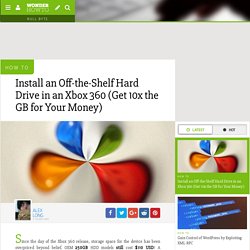 OEM 250GB HDD models still cost $110 USD! A 250GB hard drive should not destroy my wallet, Microsoft. Storage space, especially on HDDs, is cheap. You can buy a removable 2TB external for only $100 USD, so it's a little beyond my comprehension to see how they calculate their MSRP to yield such a large profit. The only thing that makes a 360 HDD unique from others is a special secure file system and sector, so we can essentially hack other hard drives to do the same thing. Download Isos, Roms, Homebrew & Emulators for your Favourite Retro Systems! 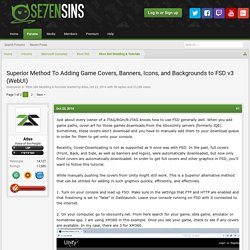 When you add game paths, cover art for those games downloads from the XboxUnity servers (formerly JQE). CONTACT US - Welcome To Dope Customs NYC! How to install CR4 XL on a PHAT Xbox360 R-Jtag+ (RGH Tutorials Xbox-Xtra) Xecuter CR4 XL RGH/JTAG SLIM and PHAT USA-Canada. [JTAG/RGH/R-JTAG] Xbox 360 Ultimate Exploit Guide. What you need:Wire (from materials list)(2x) 10K Ohm 1/2watt or 1/4watt Resistors(2x) 2N3904 Transistors Heat shrink is a must hereIn J-Runner (it should still be open with your motherboard type selected and your NAND dump selected under "Source File") in the upper right section titled "XeBuildOptions" click the drop down and select "Add Dash". 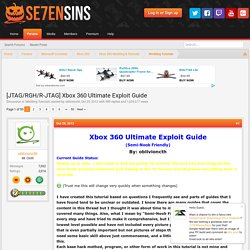 In the window that appears check off "16747" and click "Add Dashes". Then in the same drop down select "16747" as it will now be in the list, and then select "JTAG" so it's bubble is filled. Also check off the "Aud_Clamp? " option. Now back in the upper left click "Create Xell-Reloaded". Code: Shop For It! Xbox 360 Gaming Shop is an Amazon Affiliate. 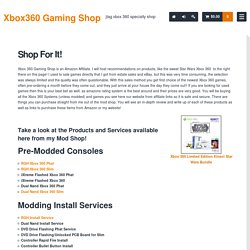 I will host recommendations on products, like the sweet Star Wars Xbox 360 to the right there on this page! I used to sale games directly that I got from estate sales and eBay, but this was very time consuming, the selection was always limited and the quality was often questionable. With this sales method you get first choice of the newest Xbox 360 games, often pre-ordering a month before they come out, and they just arrive at your house the day they come out!! If you are looking for used games then this is your best bet as well, as amazons rating system is the best around and their prices are very good. You will be buying all the Xbox 360 Systems (unless modded) and games you see here our website from affiliate links so it is safe and secure. How to Install Avatar & Kinect Data on a JTAG/RGH Console. Originally Posted by BL4K3YCan you confirm that noupdater = true exists in launch.ini? 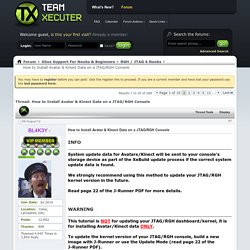 I had someone do the RGH + setup - where would I check this? Originally Posted by Martin C1. Make sure you've named the folder to $$ystemupdate as specified. 2. You need an official HDD/MU etc for the Avatar update to be installed onto. By official, I mean one formatted and visible in Settings/Storage under NXE. 3. How to Install Avatar & Kinect Data on a JTAG/RGH Console - Tutorials. This is NOT for updating your JTAG/RGH dashboard/kernel, this is for installing Avatar/Kinect data ONLY. 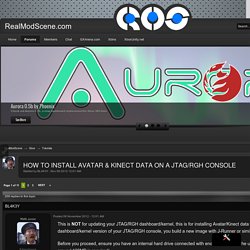 To change the dashboard/kernel version of your JTAG/RGH console, you build a new image with J-Runner or similar. Before you proceed, ensure you have an internal hard drive connected with enough space for the update (I think somewhere around 128MB is required). Also, ensure that you have DashLaunch installed and configured. So, you have a JTAG or RGH system, but no Avatars or Kinect? XBOX 360 ISO Games & Modding Tutorials - Your360Stop. XBOX360 ISO. Emulators running ON the Xbox.

XBox ISOs. How to Play Indie Games on JTAG/RGH. Freestyle Dashboard (FSD) 3 For Xbox 360 with Auto Installer Download. Stumbleupon. In this second release we have been able to support many games. 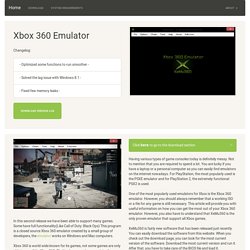 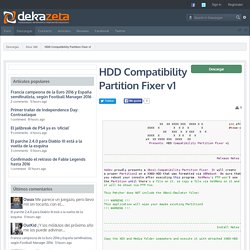 =SI read that this must be copied to the Y drive, but I really don't know how to create this... But, I already followed these steps:- Added the Compatibility folder using XeX Menu v1.1 directly to the HddX (partition 2) drive. - Replaced all the files/folders there where there. - Did not worked. Every time I boot a Xbox1 game, either in or not in the official compatlist, the 360 freezes in the Xbox1 logo.- Also, used this: "XeDEV HDD Compatibility Partition Fixer v1" to see if it worked. How to play Xbox1 (Classic Xbox) games on your JTAG/RGH - Tutorials - RealModScene.

The first thing you need is a HDD attached to your JTAGed xbox360, not a USB hard drive. Download and transfer the HDD Compatibility Partition Fixer v1 to your JTAG. It can be downloaded HERE hdd_compat_partition_fixer_v1.zip996.66KB9178 downloads Use the file manager in FSD to run the default.xex, let it do it's thing and when complete reboot your console. !!! WARNING !!! Jtag Tutorials #7 Installing Emulators (Snes360 Mame360) How To Boot Directly Into FSD Freesyle Dash On Your Rgh Or Jtag Xbox 360 Any Version. DashLaunch 3.07 - DashLaunch - RealModScene.

Dash Launch 3.07 ---------------- Known Issues: ---------------- - *** WARNING *** One of the testers observed a console reaching out to live despite liveblock only when fakelive or autofake was enabled. If you intend a keyvault to not get banned, do not use it on a glitch/jtag machine! - Autologin popup blob does not display properly... live with it. Currently the project is missing the following supported translations: Japanese, Korean, Chinese Simplified, Chinese traditional Currently supplied translations: English, French, Portugese, Russian, Spanish, German, Italian, Polish The skin pack includes the sources used to skin dash launch as well as the string files if anyone wishes to create a translation to one of the above languages (inlcuding English, as I know my explanations are not always easy to understand.)

Also included is a c# based editor for the string files to assist in translation. [TUTORIAL]Installing & Using DLC on RGH - *NOOB FRIENDLY* The below is a quick guide for anyone who needs assistance with getting DLC working on their RGH. These steps also work on a JTAG.First some tools you will need/want: 1. XM360 (v2.0d - latest version): 2. 360 Content Manager (version 2.2): 3. FlashFXP (to FTP to your console): 4. ABGX (v1.0.6): This tutorial will not get into details on how to use FlashFXP or 360 Content Manager. These are pretty straight forward apps for use.What do these tools do? How to add DLC to your xbox 360 console - Tutorials - RealModScene.

Jtag and Reset Glitch hack Tutorials. XBOX 360 Archives - Games Torrents. How To Use ISO2GOD - Tutorials - RealModScene. New Iso2GoD v 1.3.6 brings XGD3 ISO Support - Software - RealModScene. A new version of the app Iso2God has been released by KrK and brings with it support for the new XGD3 Iso. v1.3.6 ~ XGD3 ISO images can now be opened. V1.3.5 ~ The Media ID is now written to the "CON header" correctly. ~ Integrating XexTool v6.0 XEXs support for the latest.V1.3.3~ Fixed error with the code parameters. merged ~ Assemblies are now shipping to rather increase the compatibility with wine / linux mono.V1.3.2 + Added the extraction of thumbnails (thumbnails) from the ISO images Xbox1. + Added option "auto-browse" to an ISO image, when adding an ISO to convert. ~ Improvements XBE code.~ Remove debug code in v1.3.1.V1.3.0- Support the conversion of the Xbox 1.- The boot sector rebuild isos is changed to match the SDK.- Fixed a bug with the character in the name of the securities.- Fixed a bug when a custom thumbnail was responsible.- Fixed a bug that caused an error when a conversion without waiting thumbnail was published. - Many other fixes and minor bugs fixed.