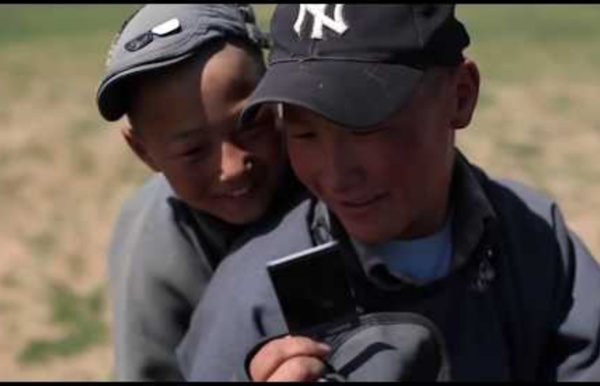 Humans Really Are Made of Stardust, and a New Study Proves It For decades, science popularizers have said humans are made of stardust, and now, a new survey of 150,000 stars shows just how true the old cliché is: Humans and their galaxy have about 97 percent of the same kind of atoms, and the elements of life appear to be more prevalent toward the galaxy's center, the research found. The crucial elements for life on Earth, often called the building blocks of life, can be abbreviated as CHNOPS: carbon, hydrogen, nitrogen, oxygen, phosphorus and sulfur. For the first time, astronomers have cataloged the abundance of these elements in a huge sample of stars. The astronomers evaluated each element's abundance through a method called spectroscopy; each element emits distinct wavelengths of light from within a star, and they measured the depth of the dark and bright patches in each star's light spectrum to determine what it was made of. [The Milky Way: A Traveler's Guide] The catalog of chemical abundances is available at

Created Equal... Photographer Mark Laita In America, the chasm between rich and poor is growing, the clash between conservatives and liberals is strengthening, and even good and evil seem more polarized than ever before. At the heart of this collection of portraits is my desire to remind us that we were all equal, until our environment, circumstances or fate molded and weathered us into whom we have become. Los Angeles- and New York-based photographer Mark Laita completed Created Equal over the course of eight years; his poignant words reflect the striking polarizations found in his photographs. Presented as diptychs, the images explore social, economic and gender difference and similarity within the United States, emulating and updating the portraiture of Edward Curtis, August Sander and Richard Avedon.

Peter Weyland at TED2023: I will change the world Peter Weyland has been a magnet for controversy since he announced his intent to build the first convincingly humanoid robotic system by the end of the decade. Whether challenging the ethical boundaries of medicine with nanotechnology or going toe to toe with the Vatican itself on the issue of gene-therapy sterilization, Sir Peter prides himself on his motto, “If we can, we must.” After a three year media blackout, Weyland has finally emerged to reveal where he’s heading next. Wherever that may be, we will most certainly want to follow. Conceived and designed by Ridley Scott and Damon Lindelof and directed by Luke Scott. Sir Peter Weyland was born in Mumbai, India at the turn of the Millennium.

GMOs-Frankenfood-Mycoplasmas-Prion Disease How It's Made: Hot Dogs Home | About Us | Contact | Subscribe How It's Made: Hot Dogs Hi-Tech "Phude" "Unfit for Human Consumption." ForbiddenKnowldgeTV Alexandra Bruce September 17, 2013 How to get massively motivated in less than 60 seconds  - Commit Action Confession time: Even highly driven and productive entrepreneurs still struggle every day to turn on their motivation when they need it. Perhaps you’re one of these folks. You’re busy. You’re building a kickass business. Science and Technology of WWII So What is This About? Teachers, here you will find classroom lesson plans related to the science and technology of WWII. Social studies and history teachers can use these lessons to imbue science and math into their classrooms. Science and math teachers can use these lessons to bring real-world applications to their theories and concepts.

15 Best Yearbook Quotes 13 Oct 2010, written by Revelation So when you finally done with high school you get to leave one last quote to be cemented in the yearbook and time forever, a good chance to sound smart, motivated, and compassionate. Instead some people take that offer and really go balls to the wall and make a joke of it. I had a few friends myself that had some classic yearbook quotes from “Why do mice have shoulder blades, life is a mystery.” to “Ride or Die- DMX”, both from two of my best friends. Here are 15 classic quotes from the yearbook that are pretty hilarious.

Sex Diaries Editor Gets Personally Inspired by the Diarists It began with the hedge fund guy who crossed state lines for sex. When I read his sex diary, my expectations were low; they sunk to a nadir when I opened the e-mail introducing his submission: I am a loyal reader, and this diary combines a decent week sexually with an insight into a complex psyche, if I say so myself. Florida Surfer Rescues Drowning Loggerhead Sea Turtle On a good day, a surfer is one with the ocean waves. On a really good day, he’s a hero, too. Cocoa Beach, Florida -- A surfer came to the rescue of a loggerhead sea turtle that was tangled in fishing lines just south of the Cocoa Beach Pier this afternoon. The turtle's flippers were so entangled that it could be seen gasping for air from the ocean's surface as it struggled to free itself from the mono-filament. Seeing the marine reptile in distress, a nearby surfer paddled over to help the sea turtle while risking a possible bite from the animal.

This Is How To Make Good Habits Stick: 6 Secrets From Research We all want to get to the gym, be more productive, be kinder to our loved ones… and then we don’t do it. Why? Well, building solid personal habits can be hard. In fact, research shows it takes an average of 66 days to build a new good habit. From Oliver Burkeman’s Help!