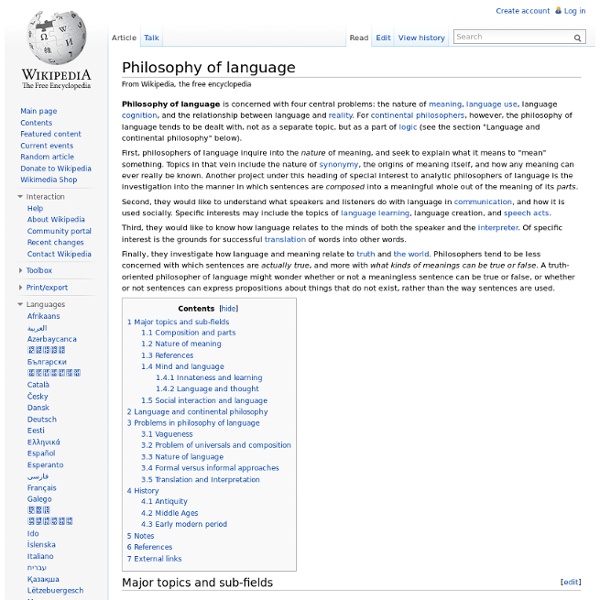 Thought Reform and the Psychology of Totalism Thought Reform and the Psychology of Totalism: A Study of "Brainwashing" in China is a non-fiction book by psychiatrist Robert Jay Lifton on the psychology of brainwashing and mind control. Lifton's research for the book began in 1953 with a series of interviews with American servicemen who had been held captive during the Korean War. In addition to interviews with 25 Americans, Lifton also interviewed 15 Chinese who had fled their homeland after having been subjected to indoctrination in Chinese universities. The book was first published in 1961 by Norton in New York.[1] The 1989 reprint edition was published by University of North Carolina Press.[2] Lifton is a Distinguished Professor of Psychiatry at the John Jay College of Criminal Justice, City University of New York. Main points[edit] In the book, Lifton outlines the "Eight Criteria for Thought Reform": Milieu Control. Thought-terminating cliché[edit] Lifton said:[4][5] Examples[edit] General examples “Think of the children”

Philosophy of mind A phrenological mapping[1] of the brain – phrenology was among the first attempts to correlate mental functions with specific parts of the brain Philosophy of mind is a branch of philosophy that studies the nature of the mind, mental events, mental functions, mental properties, consciousness, and their relationship to the physical body, particularly the brain. The mind–body problem, i.e. the relationship of the mind to the body, is commonly seen as one key issue in philosophy of mind, although there are other issues concerning the nature of the mind that do not involve its relation to the physical body, such as how consciousness is possible and the nature of particular mental states.[2][3][4] Mind–body problem[edit] Our perceptual experiences depend on stimuli that arrive at our various sensory organs from the external world, and these stimuli cause changes in our mental states, ultimately causing us to feel a sensation, which may be pleasant or unpleasant. Arguments for dualism[edit]

Semantic theory of truth A semantic theory of truth is a theory of truth in the philosophy of language which holds that truth is a property of sentences.[1] Origin[edit] The semantic conception of truth, which is related in different ways to both the correspondence and deflationary conceptions, is due to work published by Polish logician Alfred Tarski in the 1930s. Tarski's theory of truth[edit] To formulate linguistic theories[2] without semantic paradoxes such as the liar paradox, it is generally necessary to distinguish the language that one is talking about (the object language) from the language that one is using to do the talking (the metalanguage). Tarski's material adequacy condition, also known as Convention T, holds that any viable theory of truth must entail, for every sentence "P", a sentence of the following form (known as "form (T)"): (1) "P" is true if, and only if, P. For example, (2) 'snow is white' is true if and only if snow is white. (3) 'Schnee ist weiß' is true if and only if snow is white.

Linguistic relativity The principle of linguistic relativity holds that the structure of a language affects the ways in which its respective speakers conceptualize their world, i.e. their world view, or otherwise influences their cognitive processes. Popularly known as the Sapir–Whorf hypothesis, or Whorfianism, the principle is often defined to include two versions: Strong version: that language determines thought and that linguistic categories limit and determine cognitive categoriesWeak version: that linguistic categories and usage influence thought and certain kinds of non-linguistic behaviour. The term "Sapir–Whorf hypothesis" is a misnomer, because Edward Sapir and Benjamin Lee Whorf never co-authored anything, and never stated their ideas in terms of a hypothesis. Definitional issues and debates[edit] The concept of linguistic relativity holds that cognitive processes, such as thought and experience, may be influenced by the categories and patterns of the language a person speaks. History[edit]

Axiology History[edit] Between the 5th and 6th century B.C., it was important in Greece to be knowledgeable if you were to be successful. Philosophers began to recognize that differences existed between the laws and morality of society. Socrates held the belief that knowledge had a vital connection to virtue, making morality and democracy closely intertwined. Socrates' student, Plato furthered the belief by establishing virtues which should be followed by all. With the fall of the government, values became individual, causing skeptic schools of thought to flourish, ultimately shaping a pagan philosophy that is thought to have influenced and shaped Christianity. Axiological Issues in Communication Studies[edit] Communication theorists seek to contribute to mutual intelligence about the anatomy and operation of human communication. Those who take a conventional scientific approach believe that research must be free of values in order to be valid. See also[edit] References[edit] Further reading[edit]

Origin of language The origin of language in the human species has been the topic of scholarly discussions for several centuries. In spite of this, there is no consensus on the ultimate origin or age of human language. One problem makes the topic difficult to study: the lack of direct evidence. Consequently, scholars wishing to study the origins of language must draw inferences from other kinds of evidence such as the fossil record or from archaeological evidence, from contemporary language diversity, from studies of language acquisition, and from comparisons between human language and systems of communication existing among other animals, particularly other primates. This shortage of empirical evidence has led many scholars to regard the entire topic as unsuitable for serious study. Approaches[edit] Approaches to the origin of language can be divided according to their underlying assumptions. Noam Chomsky is a prominent proponent of discontinuity theory. Language origin hypotheses[edit] Bow-wow.

Logocracy Logocracy is the rule of—or government by—words. It is derived from the Greek λόγος (logos) - "word" and from κράτος (kratos) - to "govern". The term can be used either positively, ironically or negatively. Historical examples[edit] "unknown to these people themselves, their government is a pure unadulterated LOGOCRACY or government of words. The Soviet Union was described by Nobel Prize winner Czesław Miłosz,[3] as a logocracy.[4] It was for example, according to Christine D. Totalitarianism, according to political theorist Hannah Arendt, can be considered a logocracy, since in it ideas are no longer important, just how they are expressed.[8] Academic Yahya Michot has referred to Sunni Islam as a "popular" or "laic logocracy", in that it is government by the word of the Koran.[9] See also[edit] Videocracy - the power of the image, an important modern extension to logocracy but also a potential opposing force.[10]Political Correctness - rule of correct terminology.[11] References[edit]

Defence mechanisms A defence mechanism is a coping technique that reduces anxiety arising from unacceptable or potentially harmful impulses.[1] Defence mechanisms are unconscious and are not to be confused with conscious coping strategies.[2] Sigmund Freud was one of the first proponents of this construct.[3] Healthy persons normally use different defences throughout life. An ego defence mechanism becomes pathological only when its persistent use leads to maladaptive behaviour such that the physical or mental health of the individual is adversely affected. The purpose of ego defence mechanisms is to protect the mind/self/ego from anxiety and/or social sanctions and/or to provide a refuge from a situation with which one cannot currently cope.[9] One resource used to evaluate these mechanisms is the Defense Style Questionnaire (DSQ-40).[10][11] Structural model: Id, ego, and superego[edit] Freud believed that conflicts between these two structures resulted in conflicts associated with psychosexual stages.

Framing (social sciences) In the social sciences, framing is a set of concepts and theoretical perspectives on how individuals, groups, and societies organize, perceive, and communicate about reality. Framing is the social construction of a social phenomenon often by mass media sources, political or social movements, political leaders, or other actors and organizations. It is an inevitable process of selective influence over the individual's perception of the meanings attributed to words or phrases. The effects of framing can be seen in many journalism applications. When one seeks to explain an event, the understanding often depends on the frame referred to. Though the former might result from a speck of dust (resulting in an involuntary and not particularly meaningful reaction), the latter would imply a voluntary and meaningful action (to convey humor to an accomplice, for example). In the field of communication, framing defines how news media coverage shapes mass opinion.