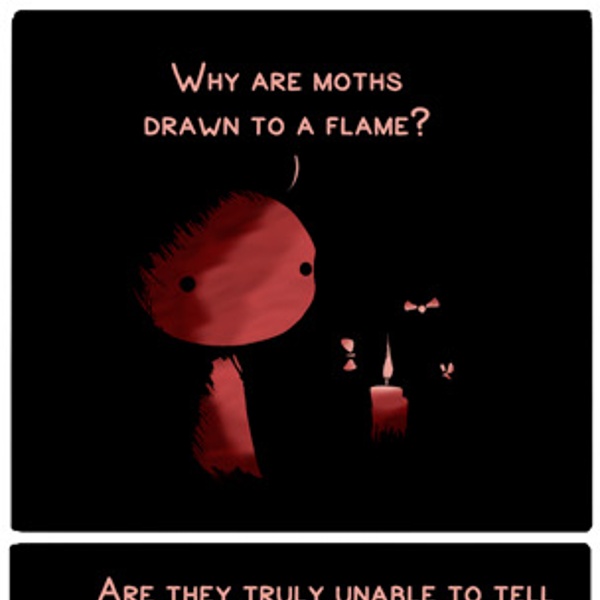 The Macro World By Thomas Shahan [118 PICS] There has always been an urge of seeing small insects and animals up close, so close that one could see even the smallest detail on them. The technology of today and some amazing cameras enable us to see for ourselves the miracles of nature . Thomas Shahan ( Official Website ) is the one who gave us an opportunity to take a closer look at “The Macro World” .

25 Thoughtful Quotes From Carl Jung Carl Jung was a Swiss psychiatrist, an influential thinker and is renowned as the founder of analytical psychology. Although he was a theoretical psychologist and practicing clinician, much of his life’s work was spent exploring other areas, including Eastern and Western philosophy, alchemy, astrology, sociology, as well as literature and the arts. His most notable ideas include the concept of psychological archetypes, the collective unconscious and synchronicity. Jung is the source of some of my all time favorite quotes. I admire how he mixes logical thinking along with a grain of spirituality and the subconscious realms. Here is a list of my favorite quotes from Carl Jung: Every form of addiction is bad, no matter whether the narcotic be alcohol, morphine or idealism. Everything that irritates us about others can lead us to a better understanding of ourselves. Nobody, as long as he moves about among the chaotic currents of life, is without trouble.

A Happiness Tip From Aristotle According to Aristotle - the answer should be NO. My favorite philosopher buddy Aristotle says true happiness comes from gaining insight and growing into your best possible self. Otherwise all you’re having is immediate gratification pleasure - which is fleeting and doesnt grow you as a person. In a way the above scenario is a description of someone who does crack or drinks into oblivion. Aristotle has a wonderful quote related to this topic: : I intuit what Aristotle was saying is that life has ebbs and flows. In keeping with this theme, Aristotle believed the highest form of knowledge is insight - because it's the only knowledge which leads to growth - and evolving into your highest potential is what leads to true happiness. For this reason, Aristotle believed that the reason why so many people are unhappy is that they keep foolishly confusing "pleasure" for "happiness." {*style:<b> </b>*} For more about Karen Salmansohn, check out her website by clicking this line here .

Image Two images of the same scene: The top image is a captured photo made using photography, while the bottom image is a simplified artistic rendering. Images are produced by capturing or rendering. An SARradar image acquired by the SIR-C/X-SAR radar on board the Space Shuttle Endeavour shows the Teide volcano. The city of Santa Cruz de Tenerife is visible as the purple and white area on the lower right edge of the island. Lava flows at the summit crater appear in shades of green and brown, while vegetation zones appear as areas of purple, green and yellow on the volcano's flanks. An image showing the act of photographing the environment with a mobile phone camera, while the display of the mobile phone shows a live display of the image. Characteristics[edit] A volatile image is one that exists only for a short period of time. A mental image exists in an individual's mind, as something one remembers or imagines. Imagery (literary term)[edit] Moving image[edit] See also[edit] References[edit]

Created Equal... Photographer Mark Laita In America, the chasm between rich and poor is growing, the clash between conservatives and liberals is strengthening, and even good and evil seem more polarized than ever before. At the heart of this collection of portraits is my desire to remind us that we were all equal, until our environment, circumstances or fate molded and weathered us into whom we have become. Los Angeles- and New York-based photographer Mark Laita completed Created Equal over the course of eight years; his poignant words reflect the striking polarizations found in his photographs. Presented as diptychs, the images explore social, economic and gender difference and similarity within the United States, emulating and updating the portraiture of Edward Curtis, August Sander and Richard Avedon. Bodybuilder / Amish Farmer, 2006 / 2004 Young Boxer / Retired Boxer, 2002 / 2002 Beauty Salon Customer / Man with Curlers, 2005 / 2004 Lingerie Model / Woman in Girdle, 2006 / 2007 Catholic Nuns / Prostitutes, 2002 / 2002 Comments