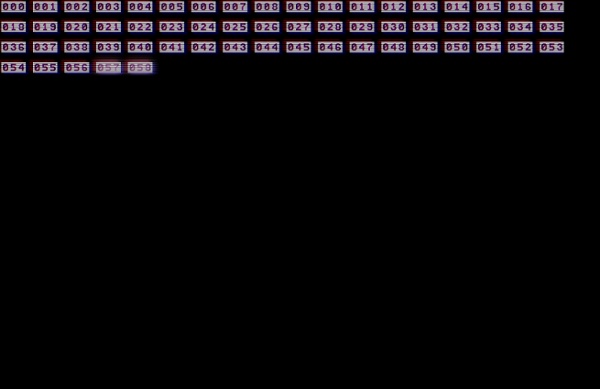 Abandoned Yugoslavian Monuments by Jan Kempenaers Abandoned Yugoslavian Monuments by Jan Kempenaers While Yugoslavia has long since dissolved, abandoned monuments remain that recall the nation’s glory in the second world war. Photographer Jan Kempenaers has traveled throughout the Balkans to photograph these wild, strange structures that have lost much of their cultural relevance. In various states of disrepair, these monuments (some buildings, other sculptures) represent an era of modern and brutalist architecture that defined this time period in the socialist East. Today, they appear alien, odd and empty, stark reminders of a struggle long since forgotten by a nation that no longer exists. A coffee table book with the full collection of Kempenaers photographs and commentary is available on Amazon for $42.

Cinema 4d tutorials transformers tutorial after effects Posted On: February 6, 2010 Posted In: Cinema 4D , Tutorials , Video Comments: 437 Responses This is a simple setup for imitation of the Transformers effect in Cinema 4D using Explosion FX. It is not the same animation butt is close to the original and is rendering very fast and ones build the setup you can put everything like text and logos inside. Let's Get Gold - Brand New Commission for ITV1 - Fremantle Media UK - Story 08 May 2012 Release date: 2 May 2012 ITV1 has ordered a brand new sports entertainment format, hosted by Vernon Kay, for Summer 2012. Funny GIFs These animated GIFs are like looking into the mirror of your daily life. When you see someone do math without a calculator: When you accidentally email something before you’re finished: When you’re in line and someone cuts in front of you:

Amazing Places To Experience Around the Globe (Part 3) - StumbleUpon Devetashkata Cave - Bulgaria Ben Bulben at County Sligo, Ireland Shark Island - Sydney Baatara Gorge Waterfall, Tannourine - Lebanon italian sodas June 30, 2011 | Sweet Recipes | Comments Growing up, these Italian sodas were my favorite!! My mom and I would always stop by a little coffee shack on our road trips to Oregon. I remember ordering the blueberry Italian soda in the summer instead of ice cream because they were so refreshing. I hadn’t had one of these since I was a kid, so I wanted to recreate the easy recipe. New Mom Battling Cancer Tells Her Story in YouTube Series Joanna Montgomery gave birth to her first child, a healthy baby girl, at age 44. Though her pregnancy was high-risk because of her age, her daughter Magnolia was born in an emergency C-section in December 2011. That is, until her doctors discovered a tumor on her fallopian tube while she was in labor. Had it not been for her pregnancy, her tumor may not have been discovered until it was more serious. Nevertheless, the new mom is now battling an aggressive cancer.

Create bigger sounds using layering Download this tutorial as a PDF Listen to these tracks to see what you will be creating in this tutorial: Layered Bass: Layered Chord Synth: