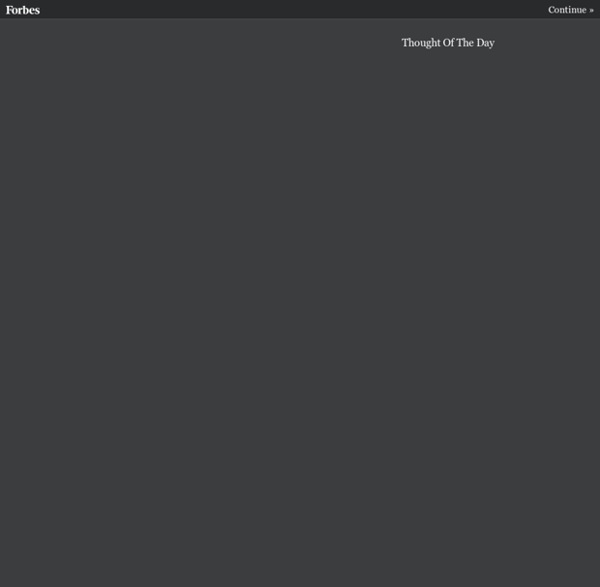 Opportunities to Improve Organizational Alignment and Emerging Risk Discussio... NEW YORK--(BUSINESS WIRE)--Findings from a new report jointly published today by Marsh, a global leader in insurance broking and risk management, and RIMS, the risk management society™, highlight opportunities for senior executives to facilitate better organizational alignment of their risk management departments and for risk professionals to help the company focus discussions regarding emerging risk issues. “Finance executives certainly have an opportunity to facilitate greater organizational connections for the risk management departments that report to them in order to position them for broader impact across the enterprise” The 12th annual Excellence in Risk Management survey finds that overall, critical risk management functions continue to advance and their overall influence grow within organizations — a trend that is likely to continue given the complexity of the global business environment. Opportunities also exist for risk management when it comes to emerging risks. About Marsh

5 Reasons Why Great Edtech Products Don’t Succeed EdSurge Newsletters Receive weekly emails on edtech products, companies, and events that matter. As a former teacher and edtech sales and marketing consultant, I’ve been on both sides of the table. Teachers want to innovate, but not at too high of a cost. Edtech producers want to help educators, but don’t always know how to help or get out of their offices and into classrooms. After years of listening to teachers’ technology needs and quibbles, and seeing countless promising edtech solutions fizzle without helping any students or teachers, I’ve noticed some common threads. 1. 2. Given this chain of oversight, a teacher can’t always implement a tool into her classroom simply because she likes it. 3. We expect that the new generation of teachers, who have grown up with technology, will lead the school-tech-integration charge. 4. I don’t have an answer for how to un-saturate the market, but I do think the best products for teachers and students will rise to the top. 5.

Wal-Mart restructures store management hierarchy, closes five stores Retail giant Wal-Mart Stores confirmed Friday (April 17) plans to eliminate the role of zone managers in its U.S. stores in the coming weeks. This impacts 14,000 workers who were told recently and given the opportunity to transition into other roles at like pay, the retailer said. Walmart U.S. The retailer did recently outline plans to spend $1 billion this year in wages and staffing changes in its U.S. segment. There are about five zone managers in a typical supercenter and those employees will be reassigned to either department of assistant managers, he said. Lungren told The City Wire that increasing the number of department managers who look after just one area such as produce or electronics will allow managers to focus more on narrowly engaging with workers and ensuring their department is meeting customer needs. “Our department managers are closest to our customers and are able to really understand what they are looking for in the department,” he said. Advertisement:

Announcing Drive for Education: The 21st century backpack for students Posted by Ben Schrom, PM Google Apps for Education (Cross-posted on the Google for Work Blog) In a little over two years, Drive has become the cloud storage and sharing solution for more than 190 million people worldwide who use it regularly at home, work and school. For many of the 30 million students and educators using Google Apps for Education, Drive has even replaced their bookbags. Why lug around piles of paper or overstuffed binders when every type of document or file can be retrieved from the nearest Chromebook, tablet, smartphone or browser? Earlier this year, we introduced Drive for Work—a premium version of Google Apps for Work—and now we’re bringing that same power to schools. Drive for Education will be available to all Google Apps for Education customers at no charge and will include:Unlimited storage: No more worrying about how much space you have left or about which user needs more gigabytes.

Would you rather work for Megatron or Optimus Prime? Lincoln, Neb., April 27, 2015 -- New research by the University of Nebraska-Lincoln's Peter Harms shows there is more than meets the eye when it comes to the impact of Saturday morning cartoons. The research examines how fantasy-based stories -- specifically those from the popular 1980s "The Transformers" cartoon and movie -- can shape children's perceptions of what behaviors are associated with effective leadership. It also could provide a basis for workplace-training programs. "Storytelling is the traditional way we use to teach children about all manner of important issues concerning society and the proper way to behave," said Harms, assistant professor of management. "'The Transformers' characters and the stories told in the cartoon are a modern example of traditional folklore as a means of educating individuals about leadership. Transformers is an entertainment franchise developed by the Hasbro and Takara Tomy toy companies. Disclaimer: AAAS and EurekAlert!

The unstoppable rise of the Deep Web By Patrick Howell O'Neill on September 28th, 2014 Silk Road fell in a perfect storm of drug busts, murder charges, and mysterious informants. According to the FBI, the notorious black market had cleared an estimated $1.2 billion in business in its brief, three-year existence. When agents took accused Silk Road mastermind Ross Ulbricht into custody, the future of the Deep Web (everything online not indexed by Google), or more specifically, the Dark Net (where the real dirt happens), was an open question. Now 12 months later, we have some answers. The black markets have not only grown in size—they’re flourishing. Is it any safer for users? The Silk Road closure, however, erased the perception that one’s activity on the Deep Web was in the free and clear. As such, we seem to have reached a crossroads in the history of Deep Web. The next chapter of the Deep Web black markets looks even bigger than ever before—and it’ll play out on a global stage. Illustrations by J.

Did folks really not know Missy Elliott at Super Bowl? USA TODAY's Arienne Thompson is seriously concerned for our youth. Why? Um, they don't know who Missy Elliott is. For real. (Daily Dish, USA TODAY) But that's our chick! Did some folks honestly not know who Missy Elliott was when she made a surprise appearance that rocked the house at this year's Super Bowl? You know, that Grammy Award-winning artist that basically upstaged Katy Perry. She's the female rapper who is known for her creative music videos like "The Rain" where she wears a trash bag jumpsuit and pulls it off. On iTunes, "Work It," "Get Ur Freak On," and "Lose Control" were in the Top 20 Singles list Monday. Photos: Missy through the years 1 of 9 Autoplay Show Thumbnails Show Captions Yet some folks said they didn't know who she was on social media Sunday night. Instagram | @lacastrophe Wow...kids don't know their music history. Another Super Bowl fan said on Twitter, "Am I the only one who doesn't know who missy elliot is."

Trees of Knowledge Hacking Everyday Objects Inspires Students to Explore Technology (Transcript) Jay: This circuit consists of a speaker, so you can hear the sounds when they're made, a battery for power. If we were to hook the circuit up to itself with no resistor... [ high-pitched tone ] ...you'll get that constant frequency. If we disconnect the circuit, then we can hook it to another resistor. So, in the case of water... [ tone descends and ascends ] ...it's a variable resistor. Jay: So, I'll just start. Jay: It's like the whole education system is locked down from some ancient, you know, 100-year-old idea, except for kindergarten. Jay: We're going to forget that cans are for holding food, and we're going to make cans and everything else here do something else. Jay: The way kindergarten was designed was a set of what we would call toys, so, blocks, finger paint, certain geometrical shapes, and hoops. I have a marrot triangle. The Leaning Tower of Flowers. Jay: So, you call it blocks? Yeah. Jay: Great. Oh!

For Retirement or Any Savings Goal, Try Being Lazy and Self-Centered - MainSt... Focus more on the purpose of your life and your values, Lee advises. "Self-actualization really matters," she adds. "Encouraging households to have more personalized saving goals is another way for financial planners and educators to implement our findings." Mind over money And how are financial advisors helping clients make their goals tangible, specific, realistic and obtainable? Fredrick Petrie, a former Canadian Air Force airman and now financial “navigator” in Winnipeg, Manitoba, agrees with the concept that it’s all about mind over money. “Savings is 20% numbers and 80% psychology,” Petrie says. “My twist is that I suggest ‘taxing yourself.’ Realistic and accountable Sometimes it’s not a matter of simply having a goal – it’s more about having a realistic goal. “I had clients once who wanted to purchase a $750,000 house,” says Margie Shard, a CFP in Fenton, Mich.

Announcing Drive for Education: The 21st century backpack for students Posted by Ben Schrom, PM Google Apps for Education (Cross-posted on the Google for Work Blog) In a little over two years, Drive has become the cloud storage and sharing solution for more than 190 million people worldwide who use it regularly at home, work and school. For many of the 30 million students and educators using Google Apps for Education, Drive has even replaced their bookbags. Why lug around piles of paper or overstuffed binders when every type of document or file can be retrieved from the nearest Chromebook, tablet, smartphone or browser? Earlier this year, we introduced Drive for Work—a premium version of Google Apps for Work—and now we’re bringing that same power to schools. Drive for Education will be available to all Google Apps for Education customers at no charge and will include:Unlimited storage: No more worrying about how much space you have left or about which user needs more gigabytes.