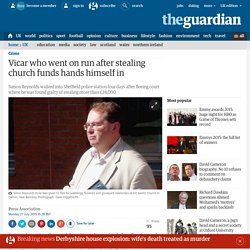 Simon Reynolds disappeared during a lunch break at Sheffield crown court on 23 July shortly before he was found guilty of four counts of theft. He stole more than £24,000 of fees given to him for weddings, funerals and graveyard memorials while in charge of All Saints’ church in Darton, near Barnsley. South Yorkshire police alerted Interpol, fearing the 50-year-old may have fled to mainland Europe. But the force said Reynolds walked into a police station in Sheffield on Monday and was arrested. He will appear in court later. Fiddling with the Fingerprint: Three Ways to Tell if it’s a Fake. Crime Scene Investigation: How It’s Done. NIPC Law. Nearly all fees are negotiable. 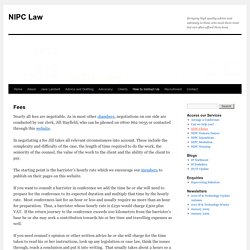 As in most other chambers, negotiations on our side are conducted by our clerk, Jill Hayfield, who can be phoned on 0800 862 0055 or contacted through this website. In negotiating a fee Jill takes all relevant circumstances into account. These include the complexity and difficulty of the case, the length of time required to do the work, the seniority of the counsel, the value of the work to the client and the ability of the client to pay. The starting point is the barrister’s hourly rate which we encourage our members to publish on their pages on this website. Student tried in vain to save tragic Eni Mevish after she had been stabbed at her digs. Trazodone User Reviews for Anxiety at Drugs.com. Also known as: Desyrel, Desyrel Dividose, Oleptro The following information is NOT intended to endorse drugs or recommend therapy. 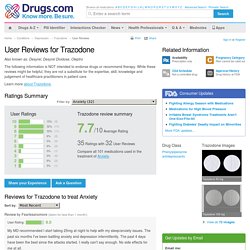 While these reviews might be helpful, they are not a substitute for the expertise, skill, knowledge and judgement of healthcare practitioners in patient care. Learn more about Trazodone. Ratings Summary User Ratings Trazodone review summary. Andrew O’Hagan · The Lives of Ronald Pinn · LRB 8 January 2015. I first went to Camberwell New Cemetery about six years ago, looking for the grave of a young man called Melvin Bryan, a petty criminal who died after being stabbed at a drug-house in Edmonton. 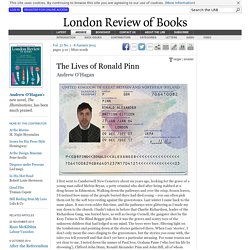 Walking down the pathways and over the crisp, frozen leaves, I’d noticed how many of the people buried there had died young – you can often pick them out by the soft toys resting against the gravestones. Last winter I came back to the same place. 3 bedroom town house for sale in Merrymans Lane, Alderley Edge, SK9. Key features An attractive modern town house forming part of a small gated development only a few minutes drive from Alderley Edge, yet enjoying a lovely open rural aspect over adjoining farmland. constructe... 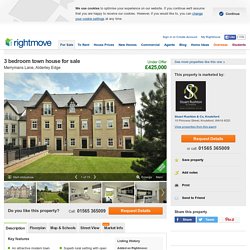 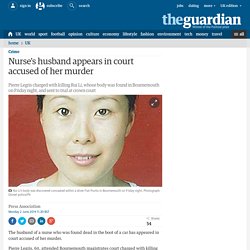 Pierre Legris, 60, attended Bournemouth magistrates court charged with killing 44-year-old Rui Li, who worked at Poole hospital. Legris, who spoke only to confirm his name, date of birth and address during the brief hearing, is accused of Li's murder between 22 May and 31 May at his home in Burnham Drive, Bournemouth. As the charges are so serious, the case and any bail application can only be dealt with at a crown court. Neither prosecutor Nicola Reece nor defence solicitor Siobhain Egan spoke during the two-minute hearing. Rui Li's husband, Pierre Legris, charged with her murder. Bigamist jailed after murdering second wife to cash in on life insurance. A bigamist will serve at least 25 years in prison after being found guilty of murdering the second of his wives to cash in her life insurance and solve his financial problems. 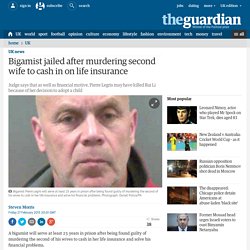 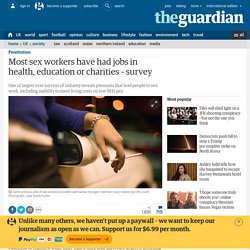 The academic research, carried out by Leeds University and funded by the Wellcome Trust, also reveals the pressures that lead people to enter the sex industry, with one respondent saying she could not keep up her mortgage repayments while earning £50 a day as an NHS care assistant. The study of 240 sex workers – including 196 women, 28 men and 12 transgender people – focused on those who were not trafficked or coerced into selling sex but had chosen to do so, and most worked from within premises rather than on the streets. CPS Legal Guidance. Contents: Starting Points See Legal Guidance Sentencing for general principles Rape carries a maximum penalty of life imprisonment. 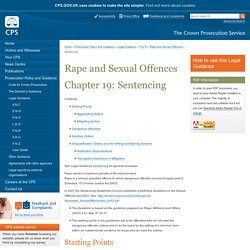 Rape is a serious specified offence to which dangerous offender provisions apply (part 2, Schedule 15 Criminal Justice Act 2003) In 2007 the Sentencing Guidelines Council published a Definitive Guideline on the Sexual Offences Act 2003. Unsolved and Undetected Homicides. The Metropolitan Police have issued a list of 290 ‘undetected homicides’ going back to January 1999, following a Freedom of Information request. 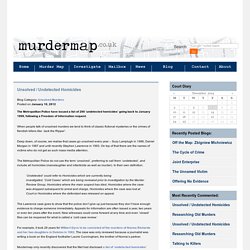 When people talk of unsolved murders we tend to think of classic fictional mysteries or the crimes of fiendish killers like ‘Jack the Ripper’. Deep down, of course, we realise that cases go unsolved every year – Suzy Lamplugh in 1986, Daniel Morgan in 1987 and until recently Stephen Lawrence in 1993. On top of that there are the names of victims who do not get as such mass media attention.