Branches of Government. The Annenberg Guide to the United States Constitution. Library of Congress. 1. Our federal government has three parts. 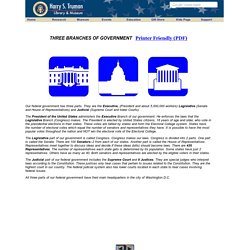 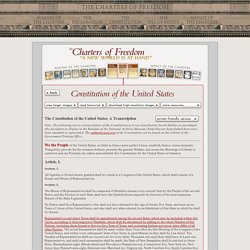 Items that are hyperlinked have since been amended or superseded. Constitution of the United States - Official. The Importance of Interpretation: How the Language of the Constit.