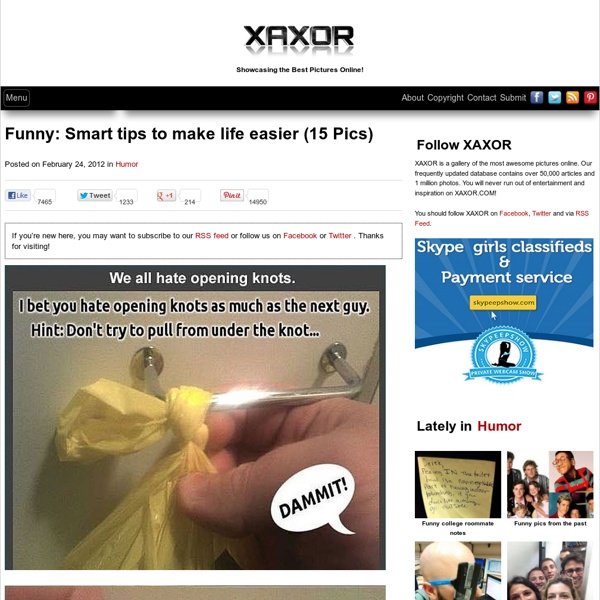 10 Really Easy Ways to Unclog Drains Wise Bread Picks We all know the warning signs. The sink takes a little longer to drain. A Book that aims to bring the farm to the city Carrot City Creating Places for Urban Agriculture By Mark Gorgolewski, June Komisar and Joe Nasr. The Monacelli Press 240 pages How can we make cities into better places for growing food? Make Your Own Laundry Detergent! It's Easy! Save BIG & Have Fresh, Clean Laundry! Well, I did it! I have pinned various recipes for homemade laundry detergent for months, now, thinking that soon I would gather the exotic ingredients and muster the courage to make some. I should have paid a lot more attention to those recipes I was pinning. There is nothing exotic about the ingredients, nor is it difficult.

Women of All Red Nations The best-known Native American women's organization of the 1970s was Women of All Red Nations (WARN). WARN was initiated in 1978 by women, many of whom were also members of the American Indian Movement which was founded in 1968 by Dennis Banks, George Mitchell, and Mary Jane Wilson, an Anishinabe activist. (12) WARN's activism included fighting sterilization in public health service hospitals, suing the U.S. government for attempts to sell Pine Ridge water in South Dakota to corporations, and networking with indigenous people in Guatemala and Nicaragua. (13) WARN reflected a whole generation of Native American women activists who had been leaders in the takeover of Wounded Knee in South Dakota in 1973, on the Pine Ridge reservation (1973-76), and elsewhere. WARN, like Asian Sisters and Hijas de Cuauhtemoc, grew out of--and often worked with--mixed-gender nationalist organizations.1

LED Infinity Mirror, 32 LEDs, Selectable Patterns, Quality Frame This Instructable has been updated with better information and better construction, please view the 10" x 10" LED Infinity Mirror Instructable This Instructable covers building my available Full 8"x8" 32 LED Infinity Mirror Kit or re-create it with your own materials such as acrylic or hardboard sheet. It also could be scaled up or down to suit. How Lockpicking Works This is a repository of the most up-to-date versions of Deviant's lock diagrams and animations. Seen in all of the TOOOL educational materials and slide decks, these files are all released under the Creative Commons license. You are free to use any of them for non-commercial purposes, as long as they are properly attributed and the same freedom for others is maintained in all derivative works. Please note that these diagrams have evolved and developed over time.

High-tech greenhouse planned for downtown Vancouver parkade rooftop VANCOUVER -- The roof of a city-owned downtown parkade will be converted to a high-tech vertical growing space capable of producing 95 tonnes of fresh vegetables a year. Vancouver-based Valcent Products has entered into a memorandum of understanding with EasyPark, the corporate manager of the city’s parkades, to build a 6,000-square-foot greenhouse on underutilized space on the roof of the parkade at 535 Richards Street, in the heart of the downtown core. The inside of the greenhouse will be anything but ordinary. Four-metre-high stacks of growing trays on motorized conveyors will ferry plants up, down and around for watering, to capture the sun’s rays and then move them into position for an easy harvest. The array will produce about the same amount of produce as 6.4 hectares (16 acres) of California fields, according to Christopher Ng, chief operating officer of Valcent. Construction will begin on the project in January, with an eye to harvesting the first crops in April.

Make-up Magnet Board We all know with craft blogs that original ideas are often hard to come by, we find ideas we love and make them our own but we didn't come up with the idea ourselves. I feel like I've finally done something original here and I'm excited about it. I'll show you the finished product and then explain. Behold my Make-up Magnet Board. I have a friend who is beautiful and stylish and has always loved make-up but recently took a course that intensified her love. Her renewed interest has worn off on me and it made me remember eye shadows I'd hidden away that were gathering dust.

DIY Party Animal Candles Hi there, it’s Jenny from Hank + Hunt with a fun and super easy diy today! As soon as I thought of making these I got a huge kick out of naming them Party Animals. Hilarious, but if you hear groaning…it’s coming from my house. Regardless of how cheesy the name is, these turn out awesome. Your kid’s favorite animal holding that birthday candle minus those red eyes that are oh so typical for plastic creatures, awesome. Supplies - Building a sauna - How to build a basic sauna Sauna Building - Sauna Stoves Disclaimer: this account of sauna building is what worked for us. It is entirely at your own risk to pursue such a project and a fire extinguisher to hand (stored outside of the sauna itself), never bathing alone and leaving if you feel dizzy or overheated are essential for safety. People with heart conditions or not used to sauna bathing should exercise extreme caution with this type of sauna bathing.

Bicycle Maintenance Guide and Riding Tips This page was last updated 24 May 2007. I often get asked about bicycle maintenance and repairs, and tips for how to ride efficiently. This little manual is intended as a summary of what I have learned over the years. I am not a professional mechanic.