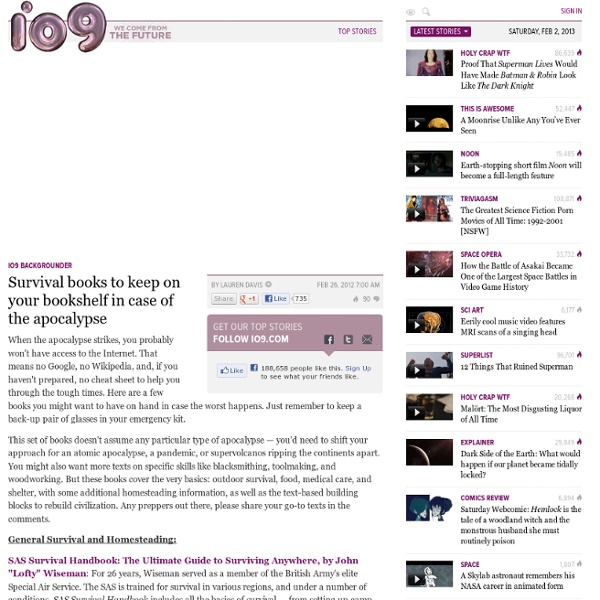 14 natural items for your alternative first aid kit Cloves. Photo by Elenadan Find out which multitasking natural remedies merit a spot in your backpack. IF YOU’VE COME TO trust in herbal and alternative medicine at home, it can be a hard decision to go back to Pepto-Bismol and Dayquil when you’re getting ready to go abroad. 1. This is top of the list because it’s just so damn useful. Echinacea. 2. A powerful antibacterial, antibiotic, and antiparasitical potion. 3. Few things can kill a travel buzz like bad menstrual cramps. 4. All-Heal, Self- Heal and Heal-All are all common names of a plant which has many uses: antibiotic, antiseptic, astringent. Ginger root. 5. Stomach troubles are one of the most common issues among travelers. 6. Arnica is commonly found in two forms, either as a gel( look for Boiron brand) or in homeopathic pellets. 7. Native to Australia, the tea tree plant produces a powerful astringent oil. Licorice Root. 8. Licorice tastes delicious, is naturally sweet, and is super if you have a sore throat. 9. 10. 11. 12. 13.

Uncle Tom's Cabin by Harriet Beecher Stowe. Search eText, Read Online, Study, Discuss. Pious old Uncle Tom is sold by his well-intentioned Kentucky owner Mr Shelby in financial straits. He is bought first by the idealistic Augustine St Clare. In his New Orleans house, Uncle Tom makes friends with St Clare's daughter, the saintly Little Eva, and her black friend, the impish Topsy. This is a tale of how slavery has affected America. Fan of this book?

Thinner thighs: 6 Moves to leaner legs The Figure Method For Thinner Thighs Oh, those elusive thin thighs! What we all wouldn't do to have them! Go Figure Cindy Sites has heard request after request from her clients looking for long, lean dancer's legs. The secret to thinner thighs Get off the abductor and adductor machines and use your own body weight to achieve leaner legs. "I view thighs from three directions: front (quadriceps), rear (hamstrings) and outer (gluteus minimus -- that pretty little hollow in the outer seat area)," says the fitness expert. 6 Moves to thinner thighs Forward leg lift This move, a variation on the ballet battement, tones quadriceps (front of the upper leg) and adductors, which make up the inner thigh area and are one of the weakest muscle groups in a woman's body. Start position: Stand with your back against the ballet barre or chair, stairway bannister, kitchen counter -- basically anywhere you can find balance. Reverse leg lift (also known as ballet arabesque) Ballet second position (also a plié)

Defending the West: A Critique of Edward Said's Orientalism by Ibn Warraq, Prometheus Books | Hardcover This is the first systematic critique of Edward Said's influential work, Orientalism, a book that for almost three decades has received wide acclaim, voluminous commentary, and translation into more than fifteen languages. Said's main thesis was that the Western image of the East was heavily biased by colonialist attitudes, racism, and more than two centuries of political exploitation. Although Said's critique was controversial, the impact of his ideas has been a pervasive rethinking of Western perceptions of Eastern cultures, plus a tendency to view all scholarship in Oriental Studies as tainted by considerations of power and prejudice. In this thorough reconsideration of Said's famous work, Ibn Warraq argues that Said's case against the West is seriously flawed. Warraq accuses Said of not only willfully misinterpreting the work of many scholars, but also of systematically misrepresenting Western civilization as a whole.

Would-be Hoboes: Your Dream House Has Arrived Treehugger points us to this very clever design for a jacket with pouches in its lining that can be unfurled to reveal a personal tent. As the designer, Justin Gargasz, explains: Individuals feel the need to escape interactions in their environment everyday. Whether it be interactions with excessive technology or other people, this psychological and physical need to get away is where I began my investigation. A physical as well as psychological escape is achieved when the user has the option to efficiently get away from inside of building and come back when ever they choose. Note that Gargasz isn't suggesting that campers are the jacket's ideal audience—no, he's smart enough to realize that this jacket can't ever replace a good tent tucked into a backpack. [Via Treehugger]

Survival Gear & Bug Out Bags A Bug out bag is basically a large survival kit that’s filled with everything you need to survive after a disaster. A Bug Out Bag allows you quickly grab what you need should you be forced to evacuate during a disaster. Most experts suggest that your BOB should contain enough supplies to last for at least seventy-two hours. Since most major disasters often disrupt services and normal life for longer than 72 hours, we think it is a good idea to have a Bag that will allow you survive for an indefinite period of time. Make sure your Bag is built to fit your needs; some people may need items that are not listed on this list. Remember that these are just some general guidelines meant to help you get your bag together. Below we discuss some of the items that you may want to include in your Bug Out Bags, as well as some items that will hold up when it really counts. This will depend on a number of factors, such as the area you live in (climate, elevation, etc….)

Download or Read Online - Free Books from Classicly. Kitchen Helpers - StumbleUpon I found these helpful charts last week and just had to share! Both of these beauties are from Chasing Delicious (aka one of the most fab foodie blogs out there)! Aren’t they faaaaabulous?! Buy them here. I love tea, but I’m no expert. For people of the UK, have this one with you while you’re meal planning or grocery shopping! I’ve fond some other helpful charts that I’ll share in another post! Yay charts! No Enemies, No Hatred: Selected Essays and Poems (9780674061477): Xiaobo Liu, Perry Link, Tienchi Martin-Liao, Xia Liu, Vaclav Havel