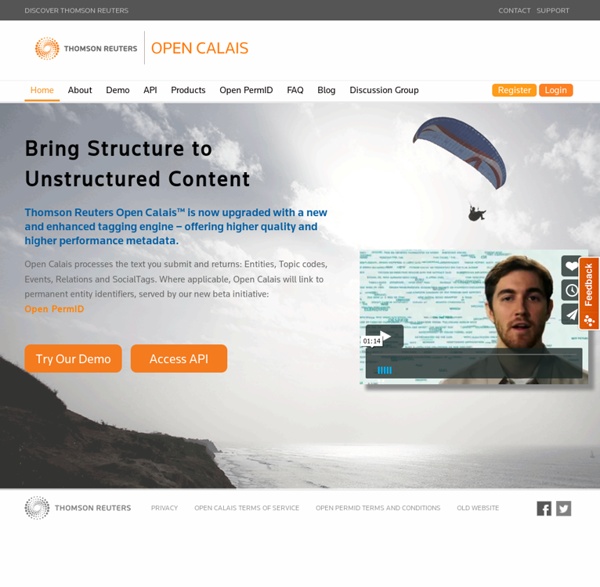 Beyond Web 2.0: The social web or the semantic web ? and the ris Synopsis: Beyond Web 2.0 is still more Web 2.0(for now). The full impact of Web 2.0 will be felt only in 2008 and beyond. The Semantic web is not the future of Web20. The full impact of Web 20 itself has yet to be felt because Web 20 technologies like cloud computing and ‘umbrella social networks’ (i.e. social networks encompassing the personal web, enterprise and the mobile web and incorporating presence) are still emerging and will gather momentum in 2008 and beyond. Introduction

Ubuntu 12.04 – setting up my Wifi Hotspot « thenewbieblog Please Note: As the Title suggests – I am a newbie, Please do not expect in-depth computer support. I can only say that the setup below really does work on my netbook. Perhaps it will work on yours too! The first thing I wanted to do after installing Ubuntu 12.04 is setup a wifi hotspot. I have a Samsung Netbook N130. I use a usb-modem to connect to the internet. What’s Best: Microformats, RDFa, or Micro Data? In a recent post by Mike Blumenthal about Google’s announcement of supporting Microformats for local search, Andy Kuiper asked in the comments whether it would be best to go with Microdata versus RDFa or Microformat for marking up local business information. As the number of flavors of semantic markup have grown, I think Andy’s not the only one to wonder which markup protocol might be ideal. Here’s my opinion. When you’re asking “which is better?”, it’s important to know what we’re speaking-of, since there are a number of different goals that people could be pursuing.

Wave - Welcome to Apache Wave (incubating) Wave is a distributed, near-real-time, rich collaboration platform that allows users to work together in new and exciting ways. Wave allows for flexible modes of communication, blending chat, email and collaborative document editing in to one seamless environment. Wave provides a lively and responsive environment that promotes more fluid and dynamic collaboration between users. The addition of Robots and Gagets allow the Wave platform to provide intelligence, integration, and customizability to the users experience. Currently, the main focus of the Apache Wave project is the development of "Wave in a Box" (WiaB).

RelFinder - Visual Data Web Are you interested in how things are related with each other? The RelFinder helps to get an overview: It extracts and visualizes relationships between given objects in RDF data and makes these relationships interactively explorable. Highlighting and filtering features support visual analysis both on a global and detailed level. The RelFinder is based on the open source framework Adobe Flex, easy-to-use and works with any RDF dataset that provides standardized SPARQL access. Check out the following links for some examples: User Interfaces Rapidly Adjusting to Information Overload - Read People who in the next few years solve big problems in Information Overload are going to be very important, and some of them are going to be UI and UX (user experience) designers. German ISP T-Online demonstrated a big multi-touch screen right out of Minority Report at the CeBIT conference in Hannover this week (see this and other videos below). Many other designers are working on variations on that theme. Other designers still are aiming to bring game-like interfaces to other data-centric experiences. What would you like to see in interface design?

Java theory and practice: Plugging memory leaks with weak references For garbage collection (GC) to reclaim objects no longer in use by the program, the logical lifetime of an object (the time that the application will use it) and the actual lifetime of outstanding references to that object must be the same. Most of the time, good software engineering techniques ensure that this happens automatically, without us having to expend a lot of attention on the issue of object lifetime. But every once in a while, we create a reference that holds an object in memory much longer than we expected it to, a situation referred to as unintentional object retention.

RDFa vs microformats from Evan Prodromou I'm fascinated by the idea of including semantic markup in Plain Old XHTML pages, and I'm excited by recent developments in this area. But I'm also concerned about the growing discrepancy between the W3C's initiative, namely RDFa, and the more established but conversely less official microformats effort. I think that having competing standards efforts in this area is going to hurt the advancement of so-called small-s semantic Web technologies, which is going to be bad for everyone.

Whitepaper: The ClioPatria Semantic Web server What is ClioPatria? ClioPatria is a (SWI-)Prolog hosted HTTP application-server with libraries for Semantic Web reasoning and a set of JavaScript libraries for presenting results in a browser. Another way to describe ClioPatria is as Tomcat+Sesame (or Jena) with additional reasoning libraries in Prolog, completed by JavaScript presentation components''. Why is ClioPatria based on Prolog? Prolog is a logic-based language using a simple depth-first resolution strategy (SLD resolution). Web 3.0 A tag cloud (a typical Web 2.0 phenomenon in itself) presenting Web 2.0 themes. An interactive version is available here. Web 2.0 describes World Wide Web sites that use technology beyond the static pages of earlier Web sites. The term was coined in 1999 by Darcy DiNucci and was popularized by Tim O'Reilly at the O'Reilly Media Web 2.0 conference in late 2004.[1][2] Although Web 2.0 suggests a new version of the World Wide Web, it does not refer to an update to any technical specification, but rather to cumulative changes in the way Web pages are made and used. Whether Web 2.0 is substantively different from prior Web technologies has been challenged by World Wide Web inventor Sir Tim Berners-Lee, who describes the term as jargon.[4] His original vision of the Web was "a collaborative medium, a place where we [could] all meet and read and write".[5][6] History[edit]