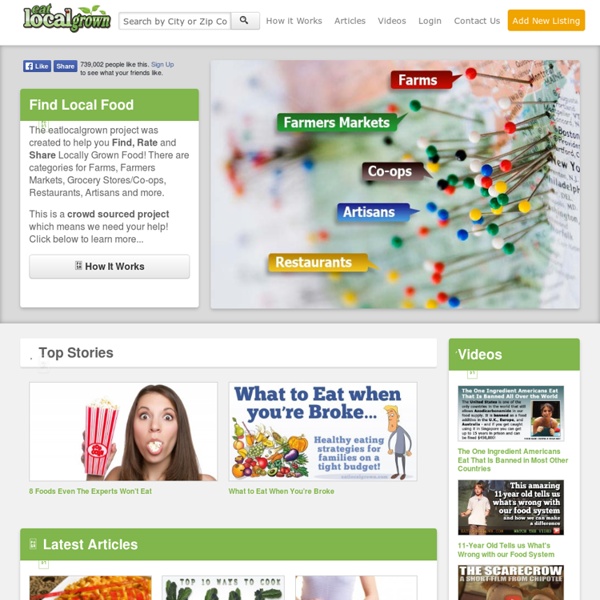 Exenatide promotes weight loss when added to diet and exercise In combination with diet and exercise, the diabetes drug exenatide helped nondiabetic, obese individuals lose over three times more weight than those receiving a placebo, or dummy treatment, for 6 months. The results of the new study will be presented Thursday at The Endocrine Society's 91st Annual Meeting in Washington, D.C. Previous studies show that exenatide, an injectable medication marketed as Byetta (Amylin Pharmaceuticals and Eli Lilly and Company), not only lowers blood sugar but also can result in weight loss in some people with diabetes. This study, financed by both pharmaceutical companies, is "the first to assess the effect of exenatide on body weight in nondiabetic obese individuals," said the principal investigator, Michael Trautmann, MD, a researcher with Eli Lilly in Indianapolis.

Mother of all mushrooms discovered in China China's Yunnan province is known as the "Kingdom of Mushrooms" for its rich diversity of more than 600 species of edible fungi. But even the hungriest of mushroom fans might find this monster mushroom, recently discovered in Yunnan, a little hard to swallow. Fungi, including mushrooms, are neither plants nor animals and instead form their own group of living organisms that generally reproduce by spores and contain nuclei with chromosomes. Perhaps surprisingly due to their plantlike appearance, fungi are more closely related to animals than to plants.

50 delicious Filipino dishes Filipino food may not be as famous as that of its Thai and Vietnamese neighbors. But with more than 7,000 islands and a colorful history, this archipelago has some delicious dishes of its own. Blessed with an abundance of seafood, tropical fruits and creative cooks, there’s more to Filipino food than the mind-boggling balut (duck embryo). You just have to know where to find them and how to eat them. Vote for your favorite Filipino food! VOTE ON FACEBOOK NOW Sweet Potato Inhibits Colon & Lung Cancer A protein isolated from sweet potatoes was shown in this study to slow the growth of colon cancer cells by 65% in vitro, and when given to mice it slowed their colon cancer growth by 58%. Remarkably, the extract also inhibited lung tumors by 50% in the same mice. Other lab research has shown that sweet potato also potently inhibits leukemia, lymphoma and liver cancer cells. And in studies on humans, eating this super vegetable (alone or with other foods) has been associated with reducing the risk of kidney cancer by 56%, and gallbladder cancer by 67%, and breast cancer by 30% (when eaten three times weekly). Sweet potatoes are an excellent source of antioxidants like beta-carotene, vitamin C and manganese. Not only do they have a low glycemic index, but they’ve even been shown in a clinical trial to help reduce blood sugar levels and improve insulin sensitivity in adults with type II diabetes!

Living Off the Land: 52 Highly Nutritious Wild-Growing Plants digg HJ: Organic is awesome, but there is nothing quite like wild growing foods. Quite simply, foods that grow wild have the absolute highest life force energy and nutritional and medicinal benefits available. Natural Protect From Radiation Neat Stuff Ecstasy Drug-Crazed Ravers Are Like Chemical Buddhas Published on April 4th, 2014 | by Jason Louv Ecstasy drug-fueled Dutch ravers are by turns idiotic and profound in this hilarious video This video (via the Dutch magazine Flabber) captures partygoers out of their skulls on Ecstasy at Thunderdome, a hardcore techno / gabber festival that [&hellip... Read More →

Tres Leches Cake I first made Tres Leches cake about five years ago, when my baby was still a baby and I was trying to find something yummy to make for my friend Ana for her birthday. Ana’s from Mexico and taught me how to make pico de gallo and guacamole, and I asked her what her favorite kind of cake was. “Tres Leches,” she said in her sweet Spanish accent. “Tres Leches?” I said. “Three milks?” The Effects of Intermittent Fasting on Human and Animal Health Three years. It has been three years since starting my study on Intermittent Fasting (IF) and its proclaimed health effects. I am finally ready to go public. A quick background story… Why IF?

Cancer in a Can: The Shocking True Story of how ‘Pringles’ are Made By Dr. Mercola To understand the nature of Pringles and other stackable chips, forget the notion that they come from actual potatoes in any recognizable way.The Pringles Company (in an effort to avoid taxes levied against “luxury foods” like chips in the UK) once even argued that the potato content of their chips was so low that they are technically not even potato chips.So if they’re not made of potatoes, what are they exactly?The process begins with a slurry of rice, wheat, corn, and potato flakes that are pressed into shape. This dough-like substance is then rolled out into an ultra-thin sheet cut into chip-cookies by a machine.

The Serious Eats Field Guide to Asian Greens [Photographs: Ben Jay, unless otherwise noted] When you walk into the produce section of your local Asian supermarket, you'll probably be greeted by a dazzling but daunting display of unusual greens. They're all great, and easy to cook, but it helps to be armed with some knowledge to tell your shoots from your choys. That's why we highlighted the most common varieties you'll find in Asian groceries with notes on what they are, how they taste, and most importantly, what to do with your haul.

A crucial climate mystery is just under our feet What Jonathan Sanderman really wanted was some old dirt. He called everyone he could think of who might know where he could get some. He emailed colleagues and read through old studies looking for clues, but he kept coming up empty. Sanderman was looking for old dirt because it would let him test a plan to save the world. Soil scientists had been talking about this idea for decades: farmers could turn their fields into giant greenhouse gas sponges, potentially offsetting as much as 15 percent of global fossil fuel emissions a year, simply by coaxing crops to suck more CO2 out of the air. There was one big problem with this idea: It could backfire.

Green Tea and Diabetes: Prevention and Management Nearly 10 percent of people in the United States have diabetes, according to the American Diabetes Foundation. When you have diabetes, life becomes all about regulating your blood sugar to stay healthy. And while many must turn to medication and insulin injections, there is evidence to suggest that drinking green tea could make diabetes management easier. Several studies have pointed to green tea as a potentially effective method of controlling diabetes, and even improving insulin sensitivity. Just how it works isn’t completely clear, but it’s believed catechins within the tea — also responsible for its anticancer and heart health benefits — may be responsible. How Diabetes Works

Meet the Man Who Stalks the World's Biggest Fish In the slow-motion depths of Southeast Asia's Mekong River lurks the critically endangered Mekong giant catfish, one of the world's biggest freshwater fish. When biologist Zeb Hogan first spied this shadowy goliath as an exchange student to Thailand in 1997, he knew he had to learn more about them. Since then, he's branched out and begun studying other huge fish as a biologist at the University of Nevada, Reno, and a National Geographic Explorer. Now, he travels the world to find these beasts as a part of Nat Geo WILD's "Monster Fish," which airs on Fridays. The next episode will air tonight (July 19) at 10 o'clock ET.