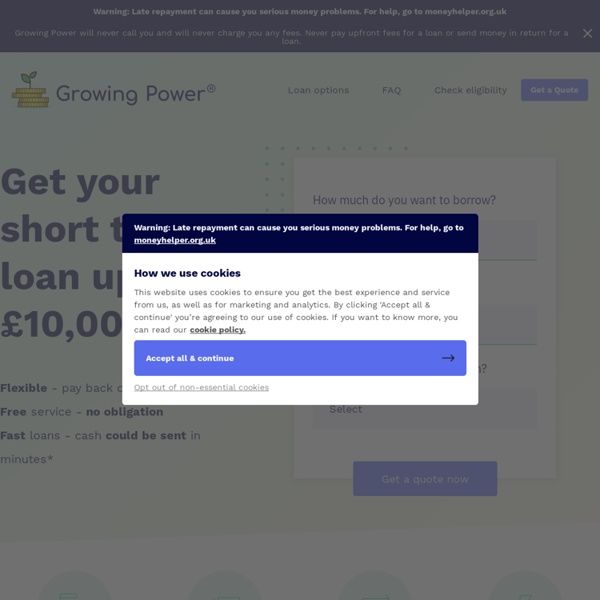 Iran: A Crime on YouTube, an Execution in Public Two young men, Alireza Mafiha and Mohammad Ali Sarvari, were executed by hanging in Tehran, Iran in the early hours of January 20, 2013 before the eyes of public spectators [warning: graphic photos] who had gathered to watch, according to the Islamic Republic News Agency (IRNA). Crime and YouTube The hunt for the alleged muggers was given top priority after security camera footage was posted on YouTube towards the end of 2012 showing four youths on two motorbikes who ambushed a pedestrian, threatening him with a knife and taking his belongings.

www.centrosachamama.org Sachamama Center for BioCultural Regeneration (SCBR) is a non-profit organization in the Peruvian High Amazon in the town of Lamas, Department of San Martin, dedicated to the biocultural regeneration of the region in collaboration with the indigenous Kichwa-Lamistas, the descendants of pre-Columbian inhabitants, as well as with the local Education Board of the district of Lamas (Sp. acronym UGEL). SCBR was founded in 2009 by the anthropologist Frédérique Apffel-Marglin. SCBR shares a worldview in which the human, the non-human, as well as the community of spirits, are all kin to each other.

H. G. Wells Herbert George "H. G." Wells (21 September 1866 – 13 August 1946)[3] was an English writer, now best known for his work in the science fiction genre. He was also a prolific writer in many other genres, including contemporary novels, history, politics and social commentary, even writing textbooks and rules for war games. Wells is sometimes called "The Father of Science Fiction", as are Jules Verne and Hugo Gernsback.[4][a] His most notable science fiction works include The War of the Worlds, The Time Machine, The Invisible Man and The Island of Doctor Moreau. Wells's earliest specialised training was in biology, and his thinking on ethical matters took place in a specifically and fundamentally Darwinian context.[5] He was also from an early date an outspoken socialist, often (but not always, as at the beginning of the First World War) sympathising with pacifist views.

90 Pounds of Tomatoes from 5 Plants At the lumberyard, I bought 7 feet of heavy wire fencing about 6 feet high. I had the clerk cut a 3-foot length of small-mesh hardware cloth that stood about 30 inches high. I lapped the hardware cloth into a circle about 11 inches wide and secured it by threading wire over the edges. Then I set this circular basket in the middle of my fertilized plot and filled it to the brim with compost. Playforce A searchable database of games with learning potential, Playforce allows users to explore games related to specific learning content, academic standards or twenty-first century skills, like empathy, systems thinking or collaboration. Playforce provides an indispensable resource to educators and parents looking to use games in service of specific learning goals. Game perspectives on Playforce are player-generated and moderated by a user community.

High and Mighty: Raised Beds Four double doors mean easy access to bring in compost and soil and to take out the harvest and garden debris at season’s end. “The system is tailor-made for seniors or people with disabilities—easy access with no bending—but it is great for everyone,” says Finkelstein. “I made it that way so no matter how old I get, I can still garden.”

How farmers can help fight climate change The other week, I spent some time interviewing several business leaders for the North Carolina Sustainability CEnter, asking them about their reactions to President Obama's climate speach. Their responses were decidedly mixed, but one discussion stayed with me. When I asked Charles Sydnor, the owner of Braeburn Farm, about the urgency of climate policy for his industry—he had this to say:

Fashion History Movies Music A list of slang words and phrases that were used during the 1940s, and their meanings. This is just icing on the cake when you consider what the decade already gave us in the form of patriotism, music, fashion, and movies. Now, a language! In no particular order: Take a powder – to leave Fuddy-Duddy – old-fashioned person Farming and knowledge monocultures are misconceived Food needs can be met with a new vision for agriculture and science, say Brian Wynne and Georgina Catacora-Vargas. In mainstream policy and corporate thinking, scientific knowledge and global markets are considered key for food security. This has resulted in the industrialisation and laboratory research-led intensification of agricultural systems, inputs and food-supply chains.

The real-life Django: black Wild West marshal Bass Reeves who arrested 3,000 outlaws and killed 14 men Bass Reeves was born a slave in 1838 and later broke from his owner to live among Native AmericansReeves became a Deputy U.S. Marshal in 1875 at the age of 38During his 32-year career as a Deputy Marshal he arrested 3,000 felons, killed 14 men and was never shot By Daily Mail Reporter Published: 14:44 GMT, 19 January 2013 | Updated: 18:15 GMT, 19 January 2013 Bass Reeves, one of the first African Americans to become a Deputy U.S. Marshal west of the Mississippi River, could have been an inspiration for Quentin Tarantino’s fictional character Django.

The "world's most sustainable eatery" is on a rooftop in Copenhagen You have to work for your dinner at Stedsans på ØsterGRO, one of the hottest dinner tickets in Copenhagen. First you have to be lucky enough to get a reservation (It's already booked for the season). Lloyd Alter/ Stairway to heaven/CC BY 2.0 Then it's a long bike ride from the center of town to Østerbro, and then you have to climb up a spiral fire stair to the roof of an industrial building, which is daunting enough; thinking about having to get down it after a big dinner is scarier. Lloyd Alter/ looking toward elevator/CC BY 2.0 And then you are in the middle of a 6,000 square foot rooftop farm, a CSA (community supported agriculture) that serves 40 families in the neighborhood.

Organic farms produce same yields as conventional farms Organic farming produces the same yields of corn and soybeans as does conventional farming, but uses 30 percent less energy, less water and no pesticides, a review of a 22-year farming trial study concludes. David Pimentel, a Cornell University professor of ecology and agriculture, concludes, "Organic farming offers real advantages for such crops as corn and soybeans." Pimentel is the lead author of a study that is published in the July issue of Bioscience (Vol. 55:7) analyzing the environmental, energy and economic costs and benefits of growing soybeans and corn organically versus conventionally. The study is a review of the Rodale Institute Farming Systems Trial, the longest running comparison of organic vs. conventional farming in the United States. Inter-institutional collaboration included Rodale Institute agronomists Paul Hepperly and Rita Seidel, U.S. Among the study's other findings: