Mushroom Beehives Could Be The Solution To Colony Collapse. Remember Paul Stamets, the guy who holds the patent that could destroy Monsanto? 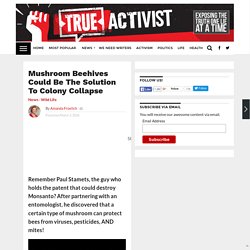 After partnering with an entomologist, he discovered that a certain type of mushroom can protect bees from viruses, pesticides, AND mites! Life without bees isn’t life at all. Seriously, have you considered just how empty supermarkets would be if the tiny, bumbling insects went extinct? Since the 1980’s, bee populations have diminished dramatically. At least 61 culprits – from viruses to pesticides – have been blamed, but scientists are still groping for answers.

One culprit in particular – the mite – is thought to be a major contributor to colony collapse. Thankfully, a solution to the catastrophe may already exist. Remember Paul Stamets, the guy who holds the patent which could destroy Monsanto? Credit: CrossCut.com / omafra.gov.on.ca He set out to test this theory by launching a research project which was backed by the National Institutes of Health and the Defense Department. Evolution 101: No, an Octopus is not an Alien. In Brief Octopuses are fascinating, highly intelligent creatures that are the product of millions of years of evolution, regardless of what wacky headlines might want to make you believe. 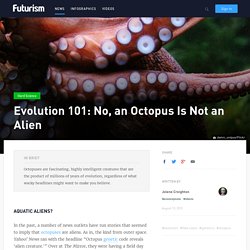 Aquatic Aliens? In the past, a number of news outlets have run stories that seemed to imply that octopuses are aliens. As in, the kind from outer space. Yahoo! In some instances, the authors of these articles clarified that the scientists involved with the research were really just using a clever metaphor to highlight the unique complexity of the octopus genome. Take this excerpt from Futurity, which ran with the headline “Alien Genome Reveals Octopus Secrets:” “The octopus genome makes studies of cephalopod traits much more tractable, and now represents an important point on the tree of life for comparative evolutionary studies,” Ragsdale [senior co-author of the study] says. Octopuses ‘are aliens’, scientists decide after DNA study. Not to freak you out or anything, but scientists have just revealed that octopuses are so weird they’re basically aliens. 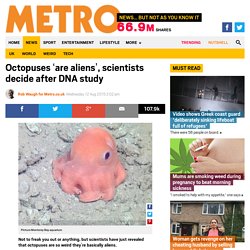 The first full genome sequence shows of that octopuses (NOT octopi) are totally different from all other animals – and their genome shows a striking level of complexity with 33,000 protein-coding genes identified, more than in a human. There we were thinking it was quite freaky enough when they learned how to open jam jars. US researcher Dr Clifton Ragsdale, from the University of Chicago, said: ;The octopus appears to be utterly different from all other animals, even other molluscs, with its eight prehensile arms, its large brain and its clever problem-solving abilities.

‘The late British zoologist Martin Wells said the octopus is an alien. In this sense, then, our paper describes the first sequenced genome from an alien.’ Red Rain in India May Have Alien Origin. By Arshdeep SaraoEpoch Times Staff Created: August 6, 2012 Last Updated: August 11, 2012 This red rain sample from 2001 contains a thick suspension of cells that lack DNA and may originate from cometary fragments. 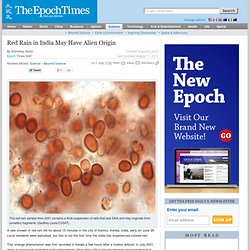 (Godfrey Louis/CUSAT) A rare shower of red rain fell for about 15 minutes in the city of Kannur, Kerala, India, early on June 28. Local residents were perturbed, but this is not the first time the state has experienced colored rain. This strange phenomenon was first recorded in Kerala a few hours after a meteor airburst in July 2001, when a space rock exploded in the atmosphere. Astrobiologist Godfrey Louis, pro vice-chancellor at nearby Cochin University of Science and Technology (CUSAT), has studied samples of red rainwater in 2001 and discovered strange properties, including autofluorescence—light that is naturally emitted by cell structures like mitochondria. According to Louis, red particles in the atmosphere from a fragmented meteor probably seeded the red rain clouds.

A Feng Shui Tip About Aquariums. Empress Royal Paulownia Tree. Step 1: Dig the hole Pick the perfect spot with full or partial sunlight and with moist or well drained soil. 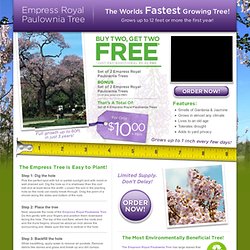 Dig the hole so it is shallower than the root ball and at least twice the width. Loosen the soil in the planting hole so the roots can easily break through. Drag the point of a shovel along the sides and bottom of the hole. Step 2: Place the tree Next, separate the roots of the Empress Royal Paulownia Tree. Step 3: Backfill the hole While backfilling, apply water to remove air pockets. Google News. Sledding Crows and How Anthropomorphism Helps (and Hurts) the Environmental Movement (Video) Yahoo/Screen capture A video of a crow (embedded below) that appears to love spending his free time sledding down a roof on a jar lid has garnered over two million clicks. 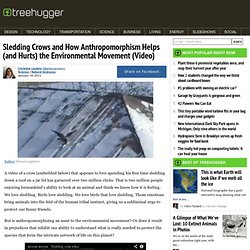 That is two million people enjoying humankind's ability to look at an animal and think we know how it is feeling. We love sledding. Birds love sledding. We love birds that love sledding. But is anthropomorphizing an asset to the environmental movement? Anthropomorphizing brings us out of our selfish prioritization of human needs. Those who attempt to defend sharks face a more difficult audience, fighting to suppress our natural instinct to think the world might be a better place without man-eating tooth-machines carousing through our oceans.