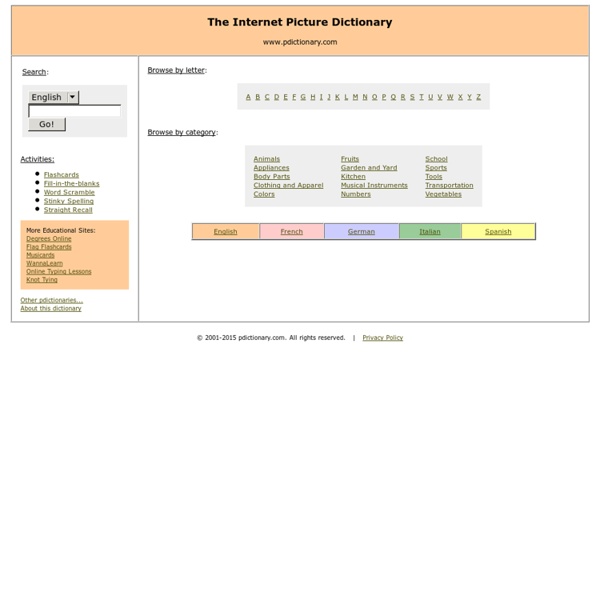 Phonetic CHILDREN'S PICTURE DICTIONARY Advertisement.EnchantedLearning.com is a user-supported site. As a bonus, site members have access to a banner-ad-free version of the site, with print-friendly pages.Click here to learn more. (Already a member? America's Justice System James Holmes walked into a midnight screening of The Dark Knight Rises in 2012 carrying three guns including a semi-automatic rifle and opened fire, killing 12 people and injuring 70 more. Nobody, not even his defense attorneys, denied that. But those attorneys still told a jury and a judge that Holmes was not guilty of those crimes—because he was insane. Last month, that jury rejected that assertion, finding Holmes guilty on all counts. Holmes’ plea didn’t get him off, but it did get people talking about the insanity defense again.

LITTLE EXPLORERS Picture Dictionary by EnchantedLearning.com Advertisement. EnchantedLearning.com is a user-supported site. As a bonus, site members have access to a banner-ad-free version of the site, with print-friendly pages.Click here to learn more. (Already a member? Click here.) Please bookmark this page and come back often.

Murderpedia Murder of Shirley Duguay In 1994, Shirley Duguay of Prince Edward Island, Canada went missing and was later found dead in a shallow grave. Among the most compelling pieces of evidence in the case was a leather jacket covered in Duguay's blood and over two dozen white feline hairs. Royal Canadian Mounted Police investigators recalled that during a previous interview with the estranged husband, Douglas Beamish, that he had a white cat of which he named Snowball. The detectives confiscated the cat and drew blood in which they intended to use DNA fingerprinting to compare it to the DNA found in the white hairs from the jacket, but they found that no one in the world had done this before. After contacting the Laboratory of Genomic Diversity, a laboratory specializing not in forensics, but in the study of genetic diseases, detectives and scientists were able to develop a method in which to test the feline DNA.

Database Search To the best of our knowledge all the information contained herein is accurate and true. However we cannot guarantee that everyone will react positively to all edible plants or other plant uses. It is commonly known that many people suffer allergic reactions to conventional foods and products. Even amongst the more commonly eaten fruits, for example, there are plenty of instances where people react badly to them: Many people are allergic to strawberries and will come out in a rash if they eat them.Some people develop a rash if they touch the stems of parsnips. Potatoes become poisonous if they turn green.Eating large quantities of cabbage can adversely affect the thyroid gland.