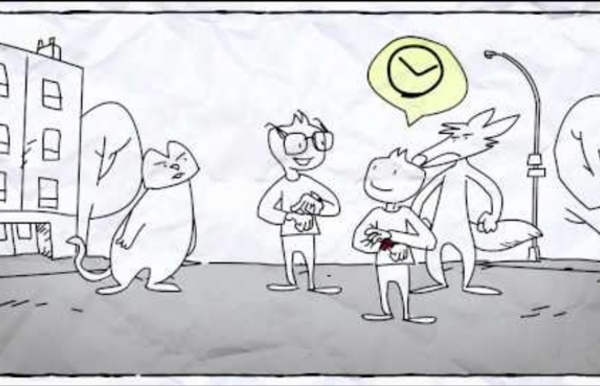 What's the point of Snapchat and how does it work? You've probably heard about Snapchat. It's the popular mobile app that allows you to send videos and pictures, both of which will self destruct after a few seconds of a person viewing them. Snapchat is also a fun messaging app. You can take a photo or a video with it, then add a caption or doodle or lens graphic over top, and send it to a friend. Alternatively, you can add it to your "story", a 24-hour collection of your photos and videos, which you broadcast to the world or just your followers. Those things are part of the various features within Snapchat.

Viral 'Momo suicide game' blamed for deaths of boy, 16, and girl, 12, reports say Two youths in Colombia reportedly committed suicide in late August as the sick "Momo suicide challenge" continues to spread worldwide. A 12-year-old girl and a 16-year-old boy took their own lives, within just 48 hours of each other, according to local radio outlet Caracol. The deaths happened in the municipality of Barbosa, in the north west part of the Colombian area of Santander, according to the Daily Mail. Local media, including RCN Radio, reported the teen boy likely knew the younger girl and passed the game to her, before killing himself. A mere 48 hours later, the 12-year-old girl was found hanged. Future - Is social media bad for you? The evidence and the unknowns #LikeMinded A special series about social media and well-being This month, BBC Future is exploring social media’s impact on mental health and well-being – and seeking solutions for a happier, healthier experience on these platforms. Stay tuned for more stories, coming soon… Share your tips for a happy life on social media with the hashtag #LikeMinded on Facebook, Twitter and Instagram.

The ‘Momo Challenge’ Allegedly Pushes Two Teenagers To Commit Suicide The latest internet challenge involves teenagers taking dares, supposedly from a hideous sculpture, and ends in pressuring them to commit suicide. The so-called “Momo Challenge,” a recent internet challenge that supposedly drives children and teenagers to commit increasingly-dangerous and heinous acts, has reportedly led to two kids in Colombia taking their own lives, The New Zealand Herald is reporting. In the “Momo Challenge,” users make contact with a person role-playing as “Momo,” a hideous being based on the real-life artwork of Japanese artist Midori Hayashi. Using WhatsApp or a similar social media or messaging app, the person role-playing as “Momo” gives the users commands – and sometimes hacks their mobile devices. The commands reportedly get more heinous and more dangerous, until the final challenge, during which the role-player supposedly shames the user into committing suicide. The artist, however, is in no way affiliated with the game.

6 Types of Cyberbullying Teens are online now more than ever. Everyday they use their smartphones, tablets and computers not only to research material for school but to socialize with friends and family members. In fact, texting and using social media are one of the top ways kids communicate with others. But just like any other social activity, the opportunity for bullying exists. What Is Cyberbullying? When a young person uses the Internet or technology to harass, threaten, embarrass or target another person, this person is called a cyberbully.

Momo challenge: What is the deadly Momo game and what you need to know Just when the unsettling air around the deadly Blue Whale game was simmering, a game that claimed several teen lives across the globe around an year ago, here comes the Momo Challenge. Similar in nature, it is yet another deadly challenge that targets the mentally vulnerable. The challenge allegedly throws a series of tasks for its chosen player, with the final task asking them to take their lives. Reportedly, two deaths in India have been linked to the challenge. To combat the lingering threat, several state police authorities in India have issued warnings over the disturbing game.

Social Media Platforms Most Liked by Teens Teens love to spend their time on the Internet because it is a place where they can start connecting with people and spark engaging conversations. The technology today has made it possible for teens to enhance their communication and express their opinions and feelings on a different outlet. The best place to be in is social media. People greatly value these exchanges, and staying connected with other people online has almost become mandatory to every teenager nowadays. Aside from using social media to talk to their friends and family, these channels are also means to pass school notes and assign academic tasks.

Where the Teens Are on Social Media Move over, Facebook. Teens are starting to turn to alternative social networks such as Vine, Snapchat, Kik, and Wanelo. Do you remember the day you got a Facebook friend request from your grandmother? Facebook has come a long way over the years — from a startup network for Ivy-League university students, to the number one social network on the globe. Social Media Revolution Wendy: Wherever we are, thanks to devices like these, we can all feel connected. They’ve created a media revolution. Ah! Just been sent the address and a picture of the place we need to go. So come on! Teens And Social Media: Young People Who Used The Internet To Do Major Good HuffPost Teen blogger Patrick Mott wrote in his latest post: “Our social networks can tell a story about us and, if you’re like me, you want to make sure that the story your Twitter or Facebook tells about you is a good story.” Patrick was definitely on to something. According to a 2012 study, teens who use social media are more sympathetic to other people; about 55 percent of teens from the ages of 13 to 17 said that Facebook and Twitter opened their eyes to what others are experiencing. And if anyone understands how to inspire others through their own personal experiences, it’s this list of teens.

Half of UK girls are bullied on social media, says survey Almost half of all girls in the UK have experienced some form of harassment or abuse on social media, according to a survey of more than 1,000 young people. The poll also showed that 40% of boys have received harassment online. The survey, conducted by Opinium for the children’s charity Plan International UK, involved 1,002 young people aged between 11 and 18. Of the respondents, 235 out of 486 girls reported online abuse, compared with 202 of 510 boys. Plan International UK said that while its findings highlighted pressure on all young people, it noted that the type of abuse received differed between genders.