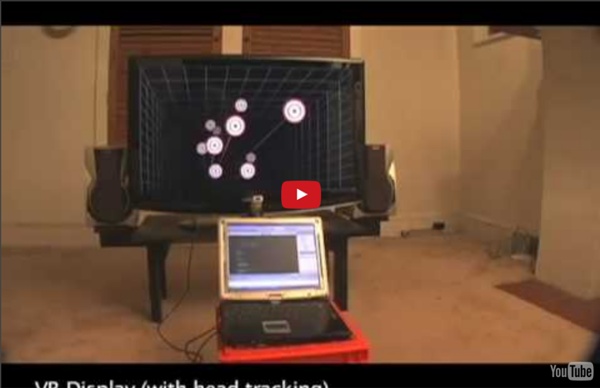 Tokyo University create in-air motion interface for mobile devices – Cell Phones & Mobile Device Technology News & Updates Of all the touch and movement interfaces on the market it looks as though Microsoft may have the simplest solution with Project Natal . It does not require you hold any device like you have to with the Wii and you don’t cover the screen to register input as you have to with touchscreens. The boffins in Ishikawa Komuro Laboratory located at Tokyo University seem to have realized this and come up with their own advanced in-air interface, but for portable devices. DesignByMe : Home The original Design byMe vision was for a unique customization service, where consumers could design whatever they imagined on their computer, and buy the real model in their own LEGO box. Design byMe attracted several million people each year to build a huge range of amazing creations using the LEGO Digital Designer (LDD) software. Despite this success, the overall Design byMe experience has struggled to live up to the quality standards for a LEGO service. As a result, the LEGO® Design byME service was closed in January 2012.

Open Sources Domain Name Does Not Exist In The Database DotNetNuke supports multiple portals from a single database/codebase. It accomplishes this by converting the URL of the client browser Request to a valid PortalID in the Portals database table. The following steps describe the process: When a web server receives a Request from a client browser, it compares the file name extension on the target URL resource to its Application Extension Mappings defined in IIS.

Coke Vs. Pepsi: Taste Test and Fierce Rivalry One of the fiercest and most bitter rivalries in the history of business is the one between two beverage giants-Coke and Pepsi. This is due to the fact that the two companies are virtually targeting the same group of consumers. Consequently, one firm's fortune is the other's loss. At the start of the rivalry, Coke had a clear edge over its rival Pepsi. Bolstered by a propitious beginning, the company was able to capture an overwhelming share of the soft drink market. Coke also made great inroads internationally; it was the default drink in many world markets.

Invention Awards: A Real-Life Babel Fish For the Speaking Impaired The Audeo captures electronic signals between the brain and vocal cords and synthesizes clear, spoken words By Lisa Katayama Posted 05.20.2009 at 10:53 am Neck Talk Electrodes on the throat pick up electrical signals between the brain and the vocal cords John B. Carnett Today's featured Invention Awards winner is the Audeo, a voice synthesizer that gives back the ability to speak to those with vocal cord or neurological damage. MouseTrap Mission Statement The MouseTrap mission is to provide an exceptional alternative input system to Gnome with a particular eye towards aiding the physically impaired community. Our aim is to give users the option to replace a mouse with a low-cost webcam which can interpret a user's head movement as computer input.

The Generations of Men: How the Cycles of History Shape Your Values, Your Idea of Manhood, and Your Future As is the generation of leaves, so to of men: At one time the wind shakes the leaves to the ground but then the flourishing woods Gives birth, and the season of spring comes into existence; So it is with the generations of men, which alternately come forth and pass away. - Homer, The Illiad, Book Six If you’ve been following AoM for awhile now, you know that Kate and I love history. I studied classical history in college and Kate actually taught American history and Humanities at a community college here in town. And in running the Art of Manliness for the past five years, we’ve read hundreds of old writings while researching material for our posts and two books. Through our study and reading, something that we’ve both come to appreciate about history is just how right the author of Ecclesiastes was: “What has been will be again, what has been done will be done again; there is nothing new under the sun.” It is often said that history repeats itself.

LED Lights Make Augmented Vision a Reality LED Lights Make Augmented Vision a Reality Okay, this is just freaky. We know LED lights are versatile enough to be used for practically anything, but LED contact lenses? Really?! not_available Taking its name from the Greek eironeia (dissimulation), irony consists of purporting a meaning of an utterance or a situation that is different, often opposite, to the literal one. Maike Oergel, Encyclopaedia Of German Literature Irony is a state of affairs or an event that seems deliberately contrary to what one expects and is often amusing as a result. The New Oxford English Dictionary

Johnny Chung Lee - Projects - Wii As of June 2008, Nintendo has sold nearly 30 million Wii game consoles. This significantly exceeds the number of Tablet PCs in use today according to even the most generous estimates of Tablet PC sales. This makes the Wii Remote one of the most common computer input devices in the world. It also happens to be one of the most sophisticated. Stephen Hawking on time travel, M-theory, and extra terrestrial life Stephen Hawking is near-universally recognized as a brilliant scientist, and one small facet of his complex genius is the rockstar ability to democratize scientific knowledge. It's becoming increasingly important as purveyors of pop culture continue to eschew acknowledgment and respect for the most basic scientific principles. Hollywood in particular has continued its marginalization of scientific knowledge with blatant disregard in recent films. But Hawking acts like a great counter force against anti-intellectual movements. He takes complex scientific principles and explains them so the general public can understand and, more importantly, appreciate the science behind them.

Brain Hacking: Scientists Extract Personal Secrets With Commercial Hardware Chalk this up to super-creepy: scientists have discovered a way to mind-read personal secrets, such as bank PIN numbers and personal associations, using a cheap headset. Utilizing commercial brain-wave reading devices, often used for hands-free gaming, the researchers discovered that they could identify when subjects recognized familiar objects, faces, or locations, which helped them better guess sensitive information. Security interrogators could benefit most immediately from the new brain hacking technique, since it would reveal when suspects are actually familiar with the face of a potential accomplice. As for bank information, scientists could guess the first PIN number only 40% of the time.