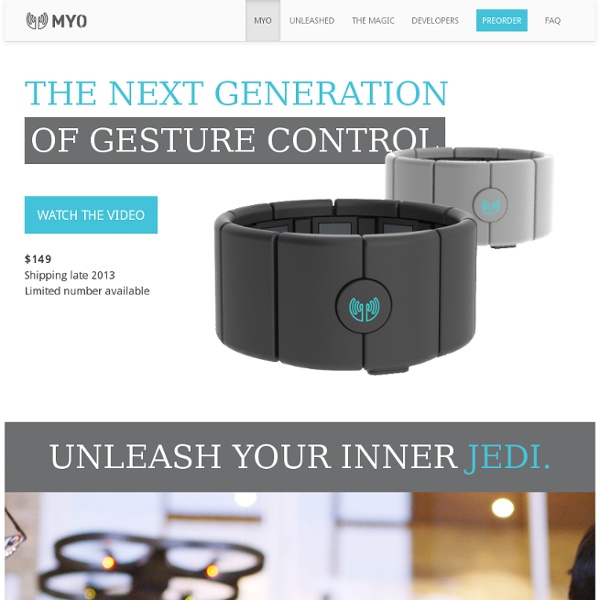 Formlabs The Lifehacker Tech Dictionary 32-bit vs. 64-bit. Chrome tells me that's why it can't run Java 7 and I don't know why. Bluetooth could be included and maybe how it differs from wireless (802.11). You included NAS, might as well include SAN and explain the difference. You mention Cloud Storage, what about Cloud Computing? MHz/GHz Bits, Bytes, and so on 32-bit, 64-bit Cache (Web, CPU, etc...) Ethernet 10/100 vs. 10/100/1000 (Gigabit) Cat 5, 5e, 6 Crossfire Northbridge Southbridge Web Hosting Compiler Runtime Java, .NET, Python, C#, VB .NET, ASP .NET, MVC, Ruby, Ruby on Rails (Other programming and scripting languages besides just PHP) Browser Exchange (You mention POP and IMAP, you should mention Exchange) Progressive Scan Interlaced Component Composite Hash (MD5 and SHA-1) Operating System Linux Windows Windows RT Bluetooth Latency DVD-R, DVD+R, DVD+RW (And Blu-Ray too) This is the stuff I could just think of off the top of my head. Different kinds of cables/connectors?

Oculus Rift The Rift is an upcoming virtual reality head-mounted display, being developed by Oculus VR, a division of Facebook. During its period as an independent company, before being purchased by Facebook, Oculus VR had raised US$91 million for the development of the Rift.[5] The consumer version of the product is expected to become available in late 2014 or early 2015.[6] History[edit] Palmer Luckey, the founder of Oculus, earned a reputation for having the largest personal collection of head-mounted displays in the world, and is a longtime moderator in Meant to be Seen (MTBS) 3D's discussion forums.[citation needed] Through MTBS' forums,[7] Palmer developed the idea of creating a new head-mounted display that was both more effective than what is currently on the market, and inexpensive for gamers. Coincidentally, John Carmack had been doing his own research and happened upon Palmer's developments. Developer version[edit] Consumer version[edit] Hardware[edit] Software[edit] Adoption[edit]

Glass - If I Had Glass Close Google Glass Thanks for your interest. Keep an eye out for an email from glass-support@google.com. Join the conversation: That's all, folks. We're out of spots in the Explorer Program for now, but may have more to share soon. To discover new places, sometimes we need to leave the map behind. If you're a US resident with a US shipping address, over 18 years old, and are interested in joining, you can sign up here and we'll let you know if a spot opens up. * = Required field. Click "Sign me up" to hear about the latest news and help shape the future of Glass. Privacy & Terms

DAVID 3D Scanner Permeablenetwork - APAP Media Lab 지난 몇 년간 한국에는 해커스페이스, 팹랩, 메이커 공작소 등 다양한 공간이 생기고 있다. 일본과 중국 등 주변 국가에도 여러 공간이 운영되고 있으며 자체적으로 활발한 활동을 하고 있지만, 그 공간들과 참가자들이 함께 모일 수 있는 기회는 없었다. 만들자!공작소에서 아시아의 해커스페이스들 간의 교류를 위한 네트워크 행사를 진행하려고 한다. 동경 해커스페이스 샌프란시스코 노이즈 브리지 8 Wireshark Filters Every Wiretapper Uses to Spy on Web Conversations and Surfing Habits 8 Wireshark Filters Every Wiretapper Uses to Spy on Web Conversations and Surfing Habits In my Wireshark article, we talked a little bit about packet sniffing, but we focused more on the underlying protocols and models. Now, I'd like to dive right back into Wireshark and start stealing packets. The filtering capabilities here are very comprehensive. What Is a Filter? When you first fire up Wireshark, it can be daunting. Moving into larger wireless networks, the sheer amount of broadcast traffic alone will slow you down and get in your way. Wait! The most visible and easy to use spot is right in front of you! Whoop there it is. Also, as you type, notice the color of the text field changes from red to green, signaling when you have a valid filter. ip.addr ==x.x.x.x Sets a filter for any packet with x.x.x.x, as either the source or destination IP address. ip.addr ==x.x.x.x && ip.addr ==x.x.x.x Sets a conversation filter between the two IP addresses. http or dns Sets a filter based on protocol. !

서울시 지출현황 50 억 0000 만원 데이터수신중... OpenFab PDX What is the TCP Split-Handshake Attack and Does It Affect Me? | WatchGuard Security Center If you’ve followed security news over the past few days, you’ve probably seen a lot of hoopla about a TCP split-handshake vulnerability that can affect firewalls and other networking and security devices. Many of the Media’s articles characterize this complicated TCP connection attack as, “a hacker exploit that lets an attacker trick a firewall and get into an internal network as a trusted IP connection” or as a “hole” in firewalls. I’m not sure that these descriptions properly characterize this vulnerability, and I suspect many administrators may not really understand how this attack works (let alone what it does and doesn’t allow an attacker to accomplish). I hope to try and rectify that in this post. Before I jump into a description of this attack, WatchGuard XTM owners probably want to know if they are vulnerable to this attack. What is the TCP Split-Handshake Attack? To understand the TCP split-handshake attack you need to understand how network devices build TCP connections. OK.

COOL STUFF! But I wonder if two devices were used ... could they work together? by knowonesbeans Mar 27