Handgrip strength offers cheap, simple way to predict heart attack and stroke risk. We all know that a strong handshake can help you in a job interview, but it turns out it’s not just potential employers who will judge you on your handshake - doctors might soon do so too. 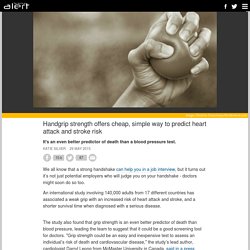 An international study involving 140,000 adults from 17 different countries has associated a weak grip with an increased risk of heart attack and stroke, and a shorter survival time when diagnosed with a serious disease. The study also found that grip strength is an even better predictor of death than blood pressure, leading the team to suggest that it could be a good screening tool for doctors.

"Grip strength could be an easy and inexpensive test to assess an individual’s risk of death and cardiovascular disease," the study’s lead author, cardiologist Darryl Leong from McMaster University in Canada, said in a press release. The study, published in The Lancet, followed adults aged between 35 and 70 years from culturally and economically diverse countries for an average of four years. This awesome lamp works without batteries, electricity or sunlight.

Researchers figure out how to make home-made heroin without poppies. Scientists have discovered a new state of matter, called 'Jahn-Teller metals' An international team of scientists has announced the discovery of a new state of matter in a material that appears to be an insulator, superconductor, metal and magnet all rolled into one, saying that it could lead to the development of more effective high-temperature superconductors. 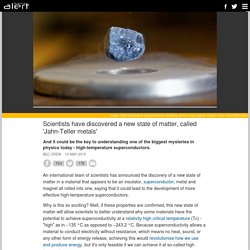 Why is this so exciting? Well, if these properties are confirmed, this new state of matter will allow scientists to better understand why some materials have the potential to achieve superconductivity at a relativity high critical temperature (Tc) - "high" as in −135 °C as opposed to −243.2 °C. Search for signs of alien civilisations in 100,000 galaxies has turned up nothing. Scientists have searched 100,000 galaxies for signs of advanced extraterrestrial life, and come back empty-handed. 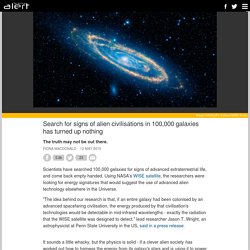 Using NASA’s WISE satellite, the researchers were looking for energy signatures that would suggest the use of advanced alien technology elsewhere in the Universe. Chinese scientists just admitted to tweaking the genes of human embryos. A group of Chinese scientists just reported that they modified the genome of human embryos, something that has never been done in the history of the world, according to a report in Nature News. 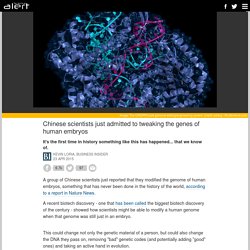 A recent biotech discovery - one that has been called the biggest biotech discovery of the century - showed how scientists might be able to modify a human genome when that genome was still just in an embryo. This could change not only the genetic material of a person, but could also change the DNA they pass on, removing "bad" genetic codes (and potentially adding "good" ones) and taking an active hand in evolution.

Concerned scientists published an argument that no one should edit the human genome in this way until we better understood the consequences after a report uncovered rumours that Chinese scientists were already working on using this technology. First samples collected from under Antarctica’s blood falls. If you’re lucky enough to ever visit the McMurdo Dry Valleys in Antarctica, you’re going to see some pretty bizarre things. 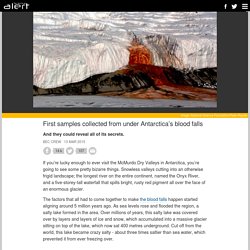 Snowless valleys cutting into an otherwise frigid landscape; the longest river on the entire continent, named the Onyx River, and a five-storey-tall waterfall that spills bright, rusty red pigment all over the face of an enormous glacier. The factors that all had to come together to make the blood falls happen started aligning around 5 million years ago. As sea levels rose and flooded the region, a salty lake formed in the area. New jetpack helps soldiers run faster. Designed to boost the running power of American soldiers, this new jetpack will make you fly, without ever leaving the ground. 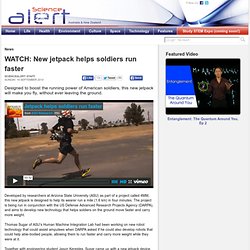 9 Freaky Scientific Discoveries. Most of the Universe is Dark Energy The universe as we know it, with its billions of stars and hundreds of billions of galaxies, amounts to only 4% of what it actually is. 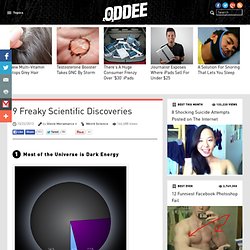 What's the rest? According to recent reports, 23% is “dark matter” and 73% is “dark energy.” 4 Hilariously Dystopian Ways Science Is Reinventing Food. As you read these very words, the world's top minds are cloistered away in their laboratories, busy concocting healthy new foodstuffs like real-life Willy Wonkas (who care more for nourishing the planet and less about psychologically torturing British children). 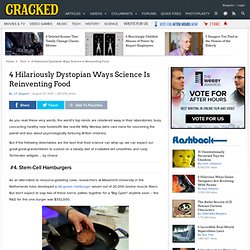 But if the following delectables are the best that food science can whip up, we can expect our great-great-grandchildren to subsist on a steady diet of irradiated dirt smoothies and rusty Terminator widgets ... by choice. #4. Stem-Cell Hamburgers As an alternative to resource-gobbling cows, researchers at Maastricht University in the Netherlands have developed a lab-grown hamburger woven out of 20,000 bovine muscle fibers. World's first lab-grown burger to be cooked and eaten. 4 August 2013Last updated at 22:31 ET By Pallab Ghosh Science correspondent, BBC News Professor Mark Post of Maastricht University explains how he and his colleagues made the world's first lab-grown burger The world's first lab-grown burger is to be unveiled and eaten at a news conference in London on Monday. 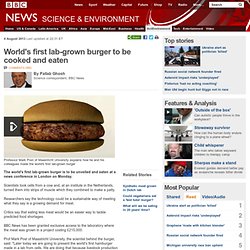 Scientists took cells from a cow and, at an institute in the Netherlands, turned them into strips of muscle which they combined to make a patty. Jack Andraka, the Teen Prodigy of Pancreatic Cancer. CORTEX - JAKE EVILL. In Vivo, In Situ Tissue Analysis Using Rapid Evaporative Ionization Mass Spectrometry - Schäfer - 2009 - Angewandte Chemie International Edition. Intelligent knife tested on cancer patients in London hospitals. An intelligent knife that knows when it is cutting through cancerous tissue is being tested in three London hospitals. 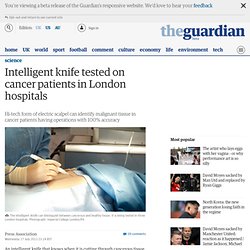 Experts believe the wand-like device, the first of its kind in the world, will revolutionise cancer treatment by removing uncertainty from surgery. In an early study, the iKnife identified malignant tissue in cancer patients having operations with 100% accuracy. 5 Unbelievable New Ways Science Can Modify the Human Body. Science fiction taught us that when science starts modifying the human body, it's going to involve robot parts and genetic modification gone terrifyingly wrong. But the reality is that the body modifications that are right around the corner are way less frightening and quite a bit more useful. It won't be too many more years before a trip to the doctor can ... #5. Change Your Eye Color Jupiterimages/Brand X Pictures/Getty Images. Edge.org. During the 20th century the search for a theory of how the physical world works at its most fundamental level went from one success to another. The earliest years of the century saw revolutionary new ideas including Einstein's special relativity and the beginnings of quantum theory, while the decades that followed each were times of surprising new insights.

5 Ways Science Could Make Us Immortal. We'll take back every bad thing we've ever said about science if it will just make us immortal. That doesn't seem like too much to ask. The thing is, it might be closer than we think. There are a lot of different ways to keep a human body and mind going long after its expiration date, and experiments are ongoing. The most promising techniques involve ...