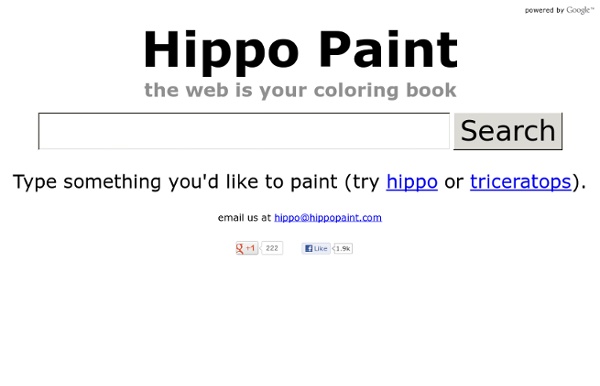 Unique Steampunk Insects Since the late 1990′s style steampunk is becoming more and more popular, and not only in the literature. Various modern utilitarian objects have been modded by enthusiasts into a pseudo-Victorian mechanical “steampunk” style. And often this stylization gives very unexpected results. Like, for example, art works of american sculptor Mike Libby. His studio Insect Lab make robots from dried insects. Drawing Autism Drawing Autism is an incredible collection of artwork by people diagnosed with autism, from teenage amateurs to established artists. Unlike many of the books I feature on 50 Watts, this one is in print. You should buy it. [Amazon link to the new reprint which comes out April 2, 2014 from Akashic.]

Make your own jellyfish in a bottle. & BhoomPlay ~ Note for Thai fans ~ เป็นโพสเก่าที่มีแฟนบล๊อกจากต่างประเทศขอมาให้เขียนเป็นภาษาอังกฤษนะคะส่วนแฟนบล็อกที่ยังไม่เคยอ่านเรื่องนี้เลย ฉบับภาษาไทยดูที่นี่ค่ะ The other day, while I was thinking to get something to put in the water bottle for Bhoom to shake for fun. I saw a plastic grocery bag next to me and then this idea popped up. FreeStuff4Kids Downloadables Fun downloads and games Soup Toys – Awesome Free Creative Game Free programming software for kids- create your own story! Turning Your Cell Phone Into Survival Tools *INFOGRAPHIC* Written By Maurice January 27th, 2013 With the advancement of technology, these days were are given some of the best cell phones money can buy. We can do some of the most unbelievable things with our cell phones that has strayed far from just the regular sending and receiving call features. Did you know that your cellphone can be a very intricate part of your survival if you were ever stranded in the wild?

Color Psychology in Logo Design COLOUR PSYCHOLOGY IN LOGO DESIGN Our minds are inherently programmed to respond to colour. They shape our thoughts and emotions. And according to studies, colour affects more than mood — it has the ability to change our buying habits. Gorgeous Bird Paintings by Adam S. Doyle Artist Adam S. Doyle who recently relocated to Hong Kong creates beautiful gestural paintings of birds, where the seemingly incomplete brushstrokes form the feathers and other details of the animal. In some strange way it reminds me of the story of the Renaissance painter Giotto who is rumored to have been able to draw a perfect circle without the aid of a compass, as if Doyle just picks up a dripping paint brush and in a few seconds paints a perfect bird. In reality his work demonstrates a profound control of the paintbrush and careful understanding of the mediums he works with. Via email he tells me: Yes, what you see is what it appears to be—strokes of paint.

Tot Treasures: SLIME Don't you LOVE it when your little one is over the moon about an activity you shared together?! I do!! This morning we made RAINBOW SLIME and Biscuit was beside herself with excitement. There are a few ways to make slime, however I found this recipe works best ~ Apps Marketplace Developer's Overview - Google Apps Platform Note: There's a new Google Apps Marketplace experience! Beginning November 19, 2013, new listings may only be created using the new version: existing developers may need to create a new Chrome Web Store account to publish new listings. Refer to the new documentation for more information. The Google Apps Marketplace allows the more than 4 million organizations using Google Apps to discover, purchase, and deploy integrated cloud applications for use by more than 40 million users within those domains.

Art Forums - A Singular Creation Art Community We would like to ing you this feature tutorial by Linda Bergkvist, renowned in the digital arts community for her gorgeous portrayal of characters. In this tutorial, Linda shows us step by step how she paints realistic eyes. About Linda Bergkvist Linda Bergkvist is a renowned digital artist who currently lives in Sweden. Linda Bergkvist's website can be found at www.furiae.com.