Daniel Kraft: Medicine's future? There's an app for that 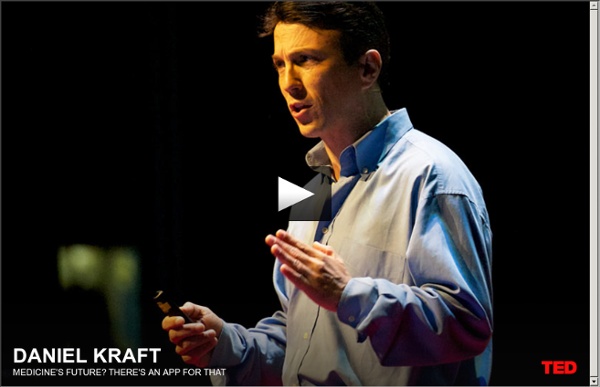 Digital Photography Tutorials Learn how to take and edit digital photographs using visual tutorials that emphasize concept over procedure, independent of specific digital camera or lens. This is a complete listing of all tutorials on this site; click the drop-down links in the top menu to see particular topics. Photography is going through an exciting transition period as many film photographers are beginning to explore the new capabilities of digital cameras. While the fundamentals have remained similar, other aspects are markedly different. This is a great time to get involved with digital photography. These tutorials are rarely influenced by changes in image editing software and camera equipment — due to their unique concept-based approach. View in other languages: Português Русский Deutsch Français Italiano

6 Socially Conscious Actions That Only Look Like They Help There are those who want to improve the world around us and who do so in intelligent, well-thought-out ways. Then there are those of us whose desire to help the environment is mostly based on being bored or shallow or wanting to fit in after we get lost in Whole Foods. Unfortunately, most of humanity is made up of the latter type. Also unfortunately, a lot of the half-assed stuff we do not only doesn't help but actually ends up making things worse for everyone. Rescuing Oil-Covered Birds The Idea Imagine an oil spill, and chances are the first thing you'll think of is an oil-covered bird helplessly flapping its wings. "Hold on, rocks. How We Half-Ass It Although it seems like something that can be done with a net, a bottle of shampoo and some dead fish, bird capture is really a job that should be reserved for the experts. "The Monday Margarita Breakfast is great for morale but hard on the wildlife." Volunteering Overseas This isn't a new trend among rich white people, either. So what? "Ooh!

Government 2.0 (August 16, 2011) Thanks to Todd Park, a federal agency has discovered that health care organizations can think more like nimble startups than like lumbering giants. (Illustration by Keith Negley) The great irony of the transformative health care reform legislation passed in 2010 is that although the law promises access to care for 30 million Americans, it relies on an outdated structure woefully ill prepared to serve them. Constrained resources, flawed economics, rising costs—how can a health care system under so much strain survive such an expansion? Over time, the most dynamic health care institutions have boosted their creative metabolisms, so to speak, with promising methods for vetting new ideas and technologies. Like all institutions in this era of reform, HHS is leveraging the entrepreneurial experience of people like Park to reinvent how it does business. The department can be thought of as the largest, most important health care institution in the country. It was a vague but daunting objective.

Design Your Own Shoes « the best portal for all your shoe-designing desires 5 Terrible Situations for the Socially Awkward Man You probably know how to function in society. You know how to talk to new people, how to order food in restaurants, and you know exactly what time you're supposed to show up at parties. I'm here to let you know that there's an entirely separate class of people that doesn't know all of those things. They show up too early to things, they disappointingly eat full meals they never ordered because they're too afraid to tell the waiter to send it back, and they have no idea how to shake hands with black people. They are socially awkward, they are everywhere, and these are their nightmares. Massages are probably really great. Getting a massage means being mostly naked while getting intensely rubbed by a complete stranger while something shitty, probably Enya, plays in the background. "Look, your head is full-on inside her vagina, there's no way this is against the rules, I'm gonna stop by and say Hi." And that will never make sense to you. Standing Next to Someone at a Urinal *You feel cold.

Reinventing Health Care Services (August 16, 2011) A doctor describes his groundbreaking, transdisciplinary effort to design more cost-effective care models for conditions that drive a large proportion of US health spending. (Illustration by Keith Negley) My professional life has revolved around a single question: How can doctors and other health professionals catalyze big leaps in the quality and affordability of health care? This ethical imperative has now become a fiscal imperative if the United States is to avoid what has been described in The New England Journal of Medicine as the “specter of financial Armageddon” for federal and state governments. In my work across the United States, I have observed physician groups and other health care organizations that deliver high-quality care at a cost roughly 20 percent lower than average. They are not alone. In the current climate, none of the players is willing to sufficiently strengthen either the market or the regulatory mechanisms required to improve the value of care.

Water is dangerous This was found on the newsgroup: rec.humor.funny A student at Eagle Rock Junior High won first prize at the Greater Idaho Falls Science Fair, April 26. He was attempting to show how conditioned we have become to alarmists practicing junk science and spreading fear of everything in our environment. And for plenty of good reasons, since: it can cause excessive sweating and vomiting it is a major component in acid rain it can cause severe burns in its gaseous state accidental inhalation can kill you it contributes to erosion it decreases effectiveness of automobile brakes it has been found in tumors of terminal cancer patients He asked 50 people if they supported a ban of the chemical. He feels the conclusion is obvious.