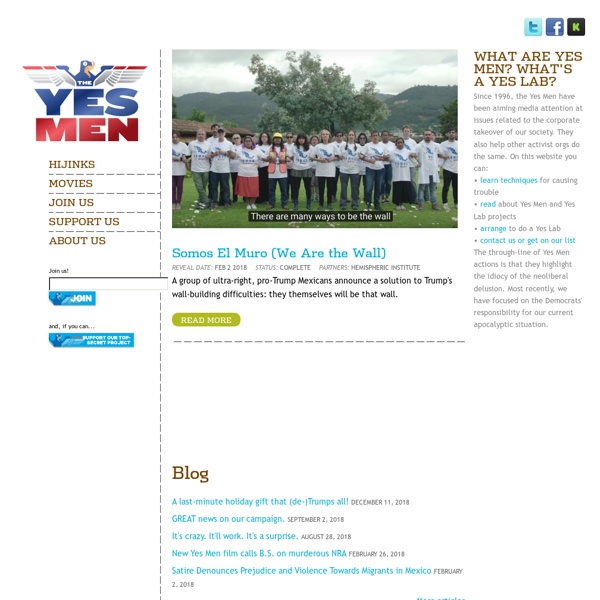 Odd Nerdrum Odd Nerdrum (born April 8, 1944 in Helsingborg, Sweden), is a Norwegian figurative painter. Themes and style in Nerdrum's work reference anecdote and narrative. Primary influences by the painters Rembrandt and Caravaggio help place his work in direct conflict with the abstraction and conceptual art considered acceptable in much of his native Norway. Rise of Neoliberal and Undemocratic Europe What is the continuity you see between the moment of Maastricht through the Lisbon Agenda and the Lisbon Treaty, to the Six Pack and now this new Fiscal Treaty? The Maastricht Treaty was a treaty that presented two completely arbitrary figures: 3 percent budget deficit with regard to the GNP and 60 percent for the debt. Why not 4 per cent or 2 per cent? Why not 55 or 65 per cent? Nobody knows. They came out of the sky, those numbers, doubtless from the Bundesbank.

Käthe-Kollwitz-Museum Berlin Käthe-Kollwitz-Museum Berlin At the end of May 1986, the Berlin painter and art dealer Hans Pels-Leusden, who died in April 1993, opened in a former upper-class home in the Fasanenstraße the privately directed Käthe-Kollwitz-Museum Berlin. Grant Wood Grant DeVolson Wood (February 13, 1891 – February 12, 1942) was an American painter born four miles east of Anamosa, Iowa. He is best known for his paintings depicting the rural American Midwest, particularly the painting American Gothic, an iconic image of the 20th century.[1][not in citation given] Life and career[edit] Grant Wood boyhood home, Cedar Rapids, Iowa. Listed as one of the most endangered historic sites in Iowa.[2] Wood was married to Sara Sherman Maxon from 1935-1938.[5] Wood taught painting at the University of Iowa's School of Art from 1934 to 1941.

Susan George Susan George: How to win the Class War November 2013 The Transnational Institute is proud to present Susan George's compelling satirical 'guide for corporate leaders': How to win the Class War – The Lugano Report II Debt, austerity, devastation July 2013 As the creditors get fatter, the innocent are punished. Maxfield Parrish Maxfield Parrish (July 25, 1870 – March 30, 1966) was an American painter and illustrator active in the first half of the 20th century. He is known for his distinctive saturated hues and idealized neo-classical imagery. Life[edit] Born in Philadelphia, Pennsylvania, he was the son of painter and etcher Stephen Parrish. He began drawing for his own amusement as a child. Naomi Klein Published at The Intercept Now that it seems virtually certain that Donald Trump will withdraw the United States from the Paris climate accord, and the climate movement is quite rightly mobilizing in the face of this latest dystopian lurch, it’s time to get real about something: Pretty much everything that is weak, disappointing, and inadequate about that deal is the result of U.S. lobbying since 2009. The fact that the agreement only commits governments to keeping warming below an increase of 2 degrees, rather than a much safer firm target of 1.5 degrees, was lobbied for and won by the United States. The fact that the agreement left it to individual nations to determine how much they were willing to do to reach that temperature target, allowing them to come to Paris with commitments that collectively put us on a disastrous course toward more than 3 degrees of warming, was lobbied for and won by the United States.

Dionys Lionel Merlin bosconos: “Enchanting Mood” in Vogue Italia september 1997 by Peter Lindbergh (via dystopiabella) Heading East: Keith Arnatt Although I'm generally not big on conceptual art, I've had a soft spot for the work of Keith Arnatt since discovering a zine-like book of his images many years ago in my college art library. The book, consisting mainly of people being buried in one way or another, was unexpected, amusing, and compelling. The Photographer's Gallery in London is running an Arnatt show through September and if there are any English readers of this blog who want to win my eternal gratitude, I'd love to be sent a catalog (catalouge!), a postcard, or even a review of the show... posted at 03:31 AM by raul

COBRA (avant-garde movement) COBRA (or CoBrA) was a European avant-garde movement active from 1948 to 1951. The name was coined in 1948 by Christian Dotremont from the initials of the members' home cities: Copenhagen (Co), Brussels (Br), Amsterdam (A). COBRA was formed by Karel Appel, Constant, Corneille, Christian Dotremont, Asger Jorn, and Joseph Noiret on 8 November 1948 in the Café Notre-Dame, Paris,[1] with the signing of a manifesto, "La Cause Était Entendue" ("The Case Was Settled"),[2] drawn up by Dotremont. Formed with a unifying doctrine of complete freedom of colour and form, as well as antipathy towards Surrealism, the artists also shared an interest in Marxism as well as modernism. Their working method was based on spontaneity and experiment, and they drew their inspiration in particular from children’s drawings, from primitive art forms and from the work of Paul Klee and Joan Miró.[1] Other participants in COBRA included: