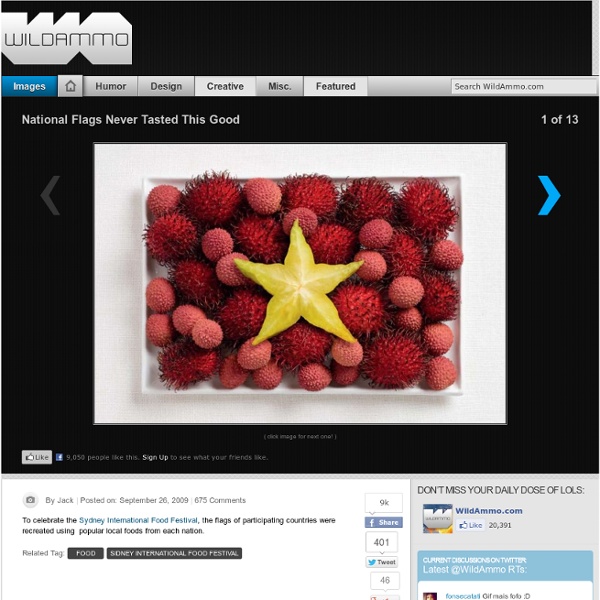 le subliminal Where Science, Art and Photography Intersect (25 photos) Silhouette with Matches Caleb Charland demonstrates lessons in physics and mathematics with his mind-blowing photography. Inspired by children's books of science experiments, he photographs everyday objects (like matches, pens and mirrors) in ways we've never imagined, often using multiple exposures to tell the story. For example, in Fifteen Hours, the last photo in this set, Charland used 15 exposures to show how the flame of a dinner candle beautifully burns down. In still others, like in Cube with Rule and Penlight, Caleb Charland sits in pitch black darkness and, with a penlight in his hand, traces the shape of a cube along a ruler. I caught up with Charland to ask him a few questions about his work. The beauty of it all is that there's an honesty to Charland's work. “I guess you could do it in Photoshop a lot quicker and easier but I enjoy the analog process” says Charland, “there is something to working within limits.” Cube with Ruler and Penlight Arcs with Arms and Candles Three Jars

Good Mood Foods – ELLE For a Tough Workout: Studies show that a jolt of java an hour or so before exercise increases endurance. Low-fat chocolate milk , meanwhile, makes for an excellent post-workout recovery drink: Its protein-to-carb ratio is ideal for repairing and strengthening muscles. Before a Presentation: Settle your nerves with oatmeal , which will keep your blood sugar stable. Still feeling frazzled? The vitamin C in oranges reduces the stress hormone cortisol. To Get in the Mood: Forget oysters. Before Bed: Anyone who has feasted for Thanksgiving knows turkey can induce some serious sleepiness, but bananas contain the same snooze-chemical, tryptophan. Photos: Getty Images

Early 1900s in Colour - All around the world All around the world - Franny Wentzel - Thursday, May 6th, 2010 : goo [previous] :: [next] In the early part of the 20th century French-Jewish capitalist Albert Kahn set about to collect a photographic record of the world, the images were held in an 'Archive of the Planet'. Before the 1929 stock market crash he was able to amass a collection of 180,000 metres of b/w film and more than 72,000 autochrome plates, the first industrial process for true colour photography www.albert-kahn.fr/english/ Autochrome was the first industrial process for true colour photography. www.albertkahn.co.uk A few photos from the collection. Portraits Algeria Dahomey - now Benin Bosnia Brasil Bulgaria Cambodia Canada China Croatia Dijbouti Egypt England France Germany Greece Holland India Iran Iraq Ireland Italy King Faisal Lebenon Macedonia Mongolia Montenegro Morocco Norway Palestine Serbia Spain Sri Lanka Sweden Switzerland Syria Turkey United States of America Vietnam This article has been viewed 3311213 times in the last 4 years dglenn: Fantastic!!

Built to kill - 40 breathtaking closeup photographs of animals Built to kill – 40 breathtaking closeup photographs of animals Posted by Richie on Wednesday, June 2, 2010 · 93 Comments Wildlife photography is regarded as being one of the most challenging forms of photography. It involves a thorough understanding of the behavior of animals and in addition to it, one needs to have sound technical skills, such as being able to expose in the right manner. Its all about being in the right place at the right time. Surprisingly enough, photographing some species may require stalking skills or the use of a camouflage as well. From what I’ve seen, wildlife photography is definitely one of the most dangerous forms of photography. In this post, I have showcased some of the most breathtaking close up photography of animals during their aggressive mood or when they are about to make their kill. 1) Gannet Dive by mvbalkom 4) The flying fortes by mvbalkom 5) Parotsnake by kuntha 6) Common Kingfisher vs House Sparrow by nissim 11) seagull by sammy 20) Breakfast by Mascha