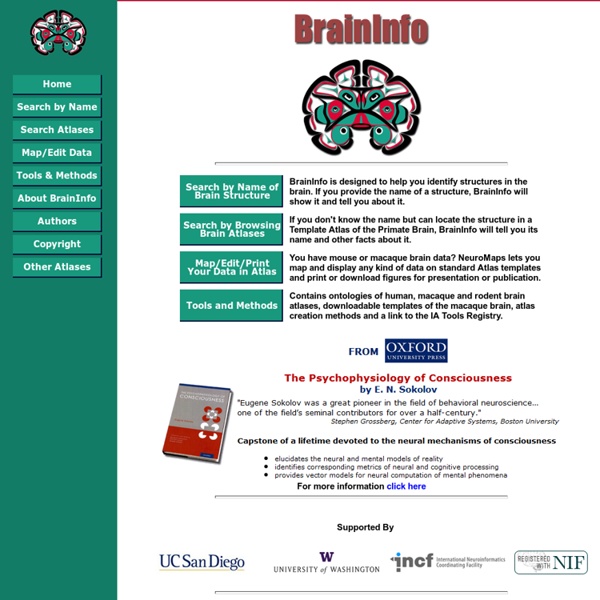 An afternoon nap markedly boosts the brain’s learning capacity If you see a student dozing in the library or a co-worker catching 40 winks in her cubicle, don’t roll your eyes. New research from the University of California, Berkeley, shows that an hour’s nap can dramatically boost and restore your brain power. Indeed, the findings suggest that a biphasic sleep schedule not only refreshes the mind, but can make you smarter. Students who napped (green column) did markedly better in memorizing tests than their no-nap counterparts. (Courtesy of Matthew Walker)

Autism and Neuropsychology, by Marisa Marzillo Autism is a lifelong disorder that has become the discussion of many media outlets; it is a disorder that causes abnormal neurological development. It seems that lately autism prevalence is increasing, which is causing a demand for professionals to investigate on what causes autism. Autism disorder is characterized by different behavior including social impairments, difficulty in communication, and restrictive patterns of behavior. Individuals living with autism don’t have a lower IQ than most people, but it is common that they have weak social interaction. Researchers have stated that it is unclear what causes autism; it ranges from environmental surroundings to a strain on normal brain development.

The Brain's Dark Energy Imagine you are almost dozing in a lounge chair outside, with a magazine on your lap. Suddenly, a fly lands on your arm. You grab the magazine and swat at the insect. What was going on in your brain after the fly landed? Chapter 12: Attention and Consciousness Attention involves top-down (voluntary) goal-directed processes and bottom-up (reflexive), stimulus-driven mechanisms. They influence the way information is processed in the brain and can occur early during sensory processing. Balint's syndrome is a visual attention and awareness deficit. Someone who has this syndrome can only perceive one object at a time. Is the Internet Warping Our Brains? - Technology Is this a bad thing? Not necessarily, says Sparrow. For instance, for years people in the educational community have known that rote learning—that is, forcing children to memorize facts and dates—is a poor way to educate. If that's the case, allowing computers to do some of the memorizing for us might be a way to focus more on the more philosophical aspects of learning. "Perhaps those who teach in any context, be they college professors, doctors or business leaders, will become increasingly focused on imparting greater understanding of ideas and ways of thinking, and less focused on memorization," Sparrow told Time. Of course, while you might think that this research suggests people on the internet are using less of their brains than those not online, you'd be wrong.

How Our Brains Make Memories Sitting at a sidewalk café in Montreal on a sunny morning, Karim Nader recalls the day eight years earlier when two planes slammed into the twin towers of the World Trade Center. He lights a cigarette and waves his hands in the air to sketch the scene. At the time of the attack, Nader was a postdoctoral researcher at New York University. Brain mechanism recruited to reduce noise during challenging tasks New research reveals a sophisticated brain mechanism that is critical for filtering out irrelevant signals during demanding cognitive tasks. The study, published by Cell Press in the February 26 issue of the journal Neuron, also provides some insight into how disruption of key inhibitory pathways may contribute to schizophrenia. "The ability to keep track of information and one's actions from moment to moment is necessary to accomplish even the simple tasks of everyday life," explains senior study author, Dr.

Magnetic manipulation of the sense of morality : Neurophilosophy WHEN making moral judgements, we rely on our ability to make inferences about the beliefs and intentions of others. With this so-called “theory of mind”, we can meaningfully interpret their behaviour, and decide whether it is right or wrong. The legal system also places great emphasis on one’s intentions: a “guilty act” only produces criminal liability when it is proven to have been performed in combination with a “guilty mind”, and this, too, depends on the ability to make reasoned moral judgements. MIT researchers now show that this moral compass can be very easily skewed. In a new study published in the Proceedings of the National Academy of Sciences, they report that magnetic pulses which disrupt activity in a specific region of the brain’s right hemisphere can interfere with the ability to make certain types of moral judgements, so that hypothetical situations involving attempted harm are perceived to be less morally forbidden and more permissable.

The Brain-Information about the Brain 1 Introduction “I think, therefore I am.” —René Descartes, 17th-century philosopher Few of us question the crucial importance of the brain. Increased Interstitial White Matter Neuron Density in the Dorsolateral Prefrontal Cortex of People with Schizophrenia To view the full text, please login as a subscribed user or purchase a subscription. Click here to view the full text on ScienceDirect. Figure 1 Neuronal nuclear antigen (NeuN)–positive neurons (A) below grey matter (grey matter/white matter border represented by dotted line). In superficial white matter from (B) control and (C) schizophrenia subjects. Arrows show representative NeuN immunopositive interstitial white matter neurons that were quantified.

Neuroscience of Music - How Music Enhances Learning - Neuroplasticity Neuroscience research into the neuroscience of music shows that musicians’ brains may be primed to distinguish meaningful sensory information from noise. This ability seems to enhance other cognitive abilities such as learning, language, memory and neuroplasticity of various brain areas. Scientific review of how music training primes nervous system and boosts learning Those ubiquitous wires connecting listeners to you-name-the-sounds from invisible MP3 players, whether of Bach, Miles Davis or, more likely today, Lady Gaga, only hint at music’s effect on the soul throughout the ages.

Phantoms in the Brain The writings of Oliver Sacks and others have shown us that we can learn much about ourselves by looking closely at the deficits shown by people with neurological problems. V.S. Ramachandran has seen countless patients suffering from anosognosia, phantom limb pain, blindsight, and other disorders, and he brings a remarkable mixture of clinical intuition and research savvy to bear on their problems. He is one of the few scientists who are able and willing to explore the personal, subjective ramifications of his work; he rehumanizes an often too-sterile field and captures the spirit of wonder so essential for true discovery. Phantoms in the Brain is equal parts medical mystery, scientific adventure, and philosophical speculation.