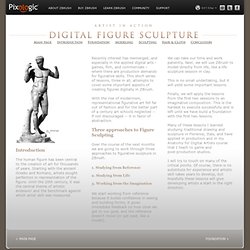 Starting with the ancient Greeks and Romans, artists sought perfection in representation of the figure. Until the 20th century, it was the central theme of artistic endeavor and the benchmark against which artist skill was measured. Recently interest has reemerged, and especially in the applied digital arts - games, film, and commercials – where there are production demands for figurative skills. This short series of lessons, three in all, attempts to cover some important aspects of creating figures digitally in ZBrush.

With the rise of modernism, representational figurative art fell far out of fashion and for the better part of a century art schools neglected -- if not discouraged -- it in favor of abstraction. Three approaches to Figure Sculpting Over the course of the next months we are going to work through three approaches to figurative sculpture in ZBrush. 1. 3dWorld-Figure-Sculpture-Zbrush-Eaton.pdf (application/pdf Object)

Skin Tones Tutorial, skin, tone, skin tone. Why do we use a Pallette? 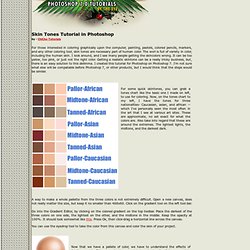 Our eyes can sometimes deveive us. Everyone's eyes see slightly different colors. One person will see a purple color, while another will see a blue. Those that are colorblind cannot distinquish some colors from another. While we see it to be a good skintone, it may not be seen as one to someone else. Also, depending on the monitor that you own, you may see a different color than other computers.

Also, these color pallettes are used professionally. You can also take colors from the lips, eyes and hair to help with realistic color of those. Virtual Pose ® How to Master Drawing Poses from your mind. ZBrush Hair and Skin tips and tricks. MakeHuman Docs. 3D Scanning on a Budget. In this very short article I want to show you how to achieve some fairly decent 3D scans for under $200 using AgiSofts PhotoScan software.. 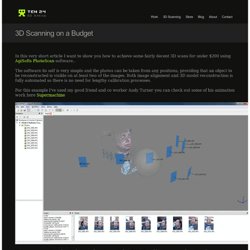 The software its self is very simple and the photos can be taken from any positions, providing that an object to be reconstructed is visible on at least two of the images. Both image alignment and 3D model reconstruction is fully automated so there is no need for lengthy calibration processes. For this example I've used my good friend and co worker Andy Turner you can check out some of his animation work here Supermachine Here you can see Ive taken 9 photographs using my Nikon D80. No calibration or markers / tracking points needed And this is what it comes up with after about 10 minutes of processing the photographs The geometry can be exported and loaded into zbrush as an obj.. A close up of the raw scan data. With the background polygons removed we are left with just the head The head model above with the colour map applied. 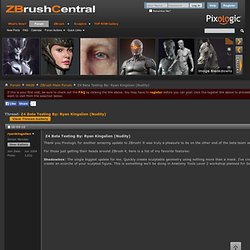 It was truly a pleasure to be on the other end of the beta team and to see ZBrush with fresh eyes.For those just getting their heads around ZBrush 4, here is a list of my favorite features:Shadowbox: The single biggest update for me. Quickly create sculptable geometry using nothing more than a mask. I've created a presentation of how to use Shadowbox to create an ecorche of your sculpted figure.

This is something we'll be doing in Anatomy Tools Level 2 workshop planned for September.Tranpose Measurements: "So, the clavicle is, uh, .75 heads long, how long is mine? " Instead of sticking your pen to the monitor and measuring this tool saves me loads of time and keeps my eyes honest.Timeline: Uh, whoa. Happy ZBrushing to everyone! Hand - Good Topography. Anatomy in ZBrush 4.