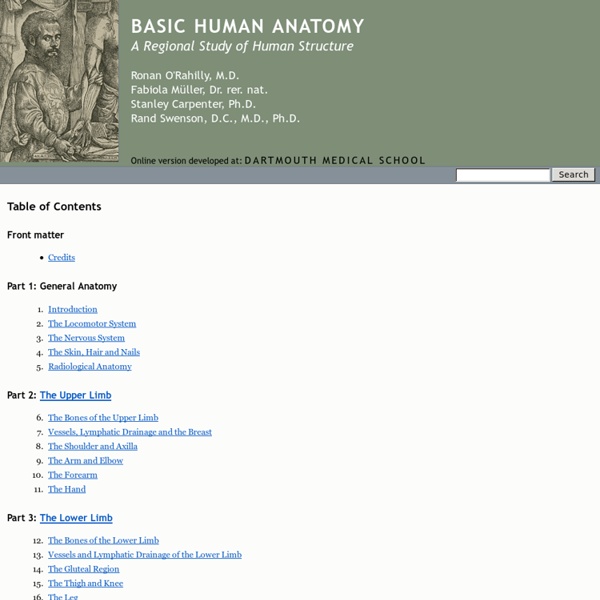 Student Nurse - A&P Anatomy and Sectional Terminology It sounds silly, but you learn as many new words in an A&P course as you do a beginning foreign language course. Really --there's been research to prove it! - Kevin Patton Links here are for general A & P resources. 10 Vestigial Traits You Didn't Know You Had Let's not forget that crease between the middle of your upper lip and your nose (the philtrum), left over from the days when we had a split down the middle of our snout like rodents, cats, dogs, etc. (Why did that evolve, anyway? Reptiles don't have it...)

Breath Sounds Lung sounds Breath Sounds Auscultation of lungs help determine the airway and alveolar integrity, ventilation and presence of abnormality. There are two normal breath sounds. Anatomy and Physiology animations Listed below are a collection of physiology animations and anatomy animations. These animations are intended to support text or lecture and it is important that they are not seen as stand-alone reference material. Notes: If you or your students discover any factual errors in the animations please let me know: andrew@visualization.org.uk Some of the animations can only be accessed from the university network - please contact Liz Hodgson in the LDU if you would like them on WebCT so that students can access them externally. Visual detail in Flash animations can often be magnified (click on the animation with the right mouse button and use the zoom control) Here are some animations of organs/organ systems: Cranial nerves (No text version)

Twins Every summer, on the first weekend in August, thousands of twins converge on Twinsburg, Ohio, a small town southeast of Cleveland named by identical twin brothers nearly two centuries ago. They come, two by two, for the Twins Days Festival, a three-day marathon of picnics, talent shows, and look-alike contests that has grown into one of the world's largest gatherings of twins. Dave and Don Wolf of Fenton, Michigan, have been coming to the festival for years. Like most twins who attend, they enjoy spending time with each other.