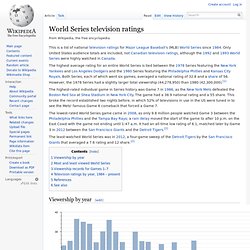 Only United States audience totals are included, not Canadian television ratings, although the 1992 and 1993 World Series were highly watched in Canada. The highest-rated individual game in Series history was Game 7 in 1986, as the New York Mets defeated the Boston Red Sox at Shea Stadium in New York City. The game had a 38.9 national rating and a 55 share. This broke the record established two nights before, in which 52% of televisions in use in the US were tuned in to see the Mets' famous Game 6 comeback that forced a Game 7. The lowest-rated World Series game came in 2008, as only 9.8 million people watched Game 3 between the Philadelphia Phillies and the Tampa Bay Rays; a rain delay moved the start of the game to after 10 p.m. on the East Coast with the game not ending until 1:47 a.m. 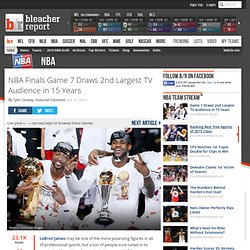 Cox/Getty Images LeBron James may be one of the more polarizing figures in all of professional sports, but a ton of people sure tuned in to watch the Miami Heat forward win his second NBA championship. According to a report from Sports Media Watch, ABC's affiliate ratings for Thursday night's Game 7 of the 2013 NBA Finals are huge. The game drew 26.3 million viewers on average for the telecast and a 15.3 final rating, a measurement of the percentage of households with televisions watching the game.

The Miami Heat defeated the San Antonio Spurs, 95-88, in Game 7 to take their second straight NBA championship. For outgoing NBA commissioner David Stern, that massive number is nothing short of a boon for his league. Game 7 of the Boston-Los Angeles series drew a monster average of 35.9 million viewers and a 22.8 final rating. Hosted virtual desktop. Riot Games Santa Monica. One of the eighty-eight cities in Los Angeles county, Santa Monica shines in Southern California’s beautiful weather. 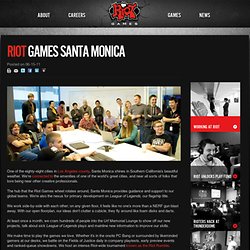 We're connected to the amenities of one of the world's great cities, and near all sorts of folks that love being near other creative professionals. The hub that the Riot Games wheel rotates around, Santa Monica provides guidance and support to our global teams. We’re also the nexus for primary development on League of Legends, our flagship title. We work side-by-side with each other; on any given floor, it feels like no one’s more than a NERF gun blast away. With our open floorplan, our ideas don’t clutter a cubicle, they fly around like foam disks and darts. Have a Blast in a Bang! - 10 Magazine Korea.

A look into Korea’s “bang” (room) culture and the wide variety of entertainment that it offers Words by Stephen Revere, shots by Dylan Goldby and Scott Hemsey You may have noticed already, but Koreans aren’t big on talking to people they don’t know. 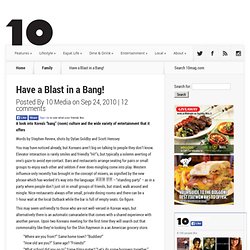 The PC Room (PC bang) Culture. By Yvette Wohn We tend to think of gamers as those who play in solitude at home; a Caucasian male wielding a curved piece of plastic and hunched in front of a screen. 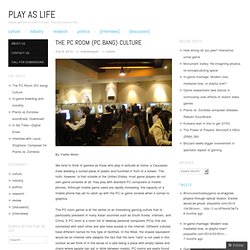 The truth, however, is that outside of the United States, most game players do not own game consoles at all- they play with standard PC computers or mobile phones. Although mobile game users are rapidly increasing, the capacity of a mobile phone has yet to catch up with the PC or game console when it comes to graphics. The PC room gamer is at the center of an interesting gaming culture that is particularly prevalent in many Asian countries such as South Korea, Vietnam, and China. A PC room is a room full of desktop personal computers (PCs) that are connected with each other and also have access to the Internet. (Although PC rooms are not widespread in Western countries, interestingly, I’ve seen PC rooms in areas with a strong immigrant community. South Korean Videogame Players Decry Moves to Clean Up 'PC Bang' Lounges. PC Bang. Should You Lease or Buy Your Tech Equipment? The next time your business needs new computers, networking equipment or other technology, should you buy it or lease it? 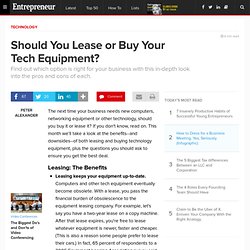 Why is StarCraft Popular in Korea? Dear Korean, 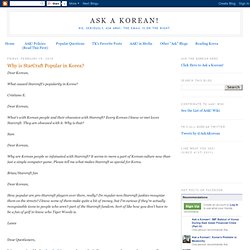 Tonymacx86.com. Tonymacx86 Wiki. How Do I Choose the Right Hardware When Building a Hackintosh? The Always Up-to-Date Guide to Building a Hackintosh (OS X 10.9.2) Video on Desk Ergonomics. HÅG Capisco 8106. Future Workspaces - Orange Innovation. Elliott started Innovation Orange with a classmate from NTNU three years ago, and since then he's moved back to Oslo while his co-founder continues to work from Trondheim. 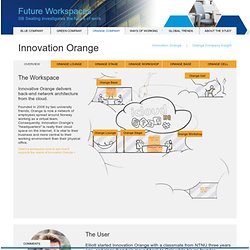 In Oslo, Elliott has rented a small space for himself, his two employees, and the three long-term freelancers he works with often. Although the Cloud works well, the employees need to meet physically now and then. In nearly every big city there are several opportunities to rent places to work in teams, for example, near the client that they work with.