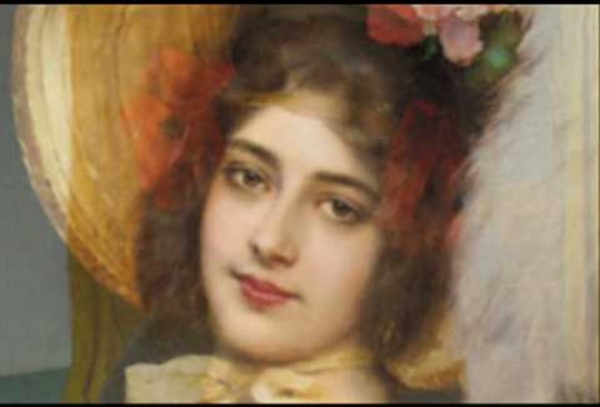 Hot to Use Masking Fluid in Watercolor Painting Masking fluid, also known as liquid frisket, is a very handy tool for fine art watercolorists to preserve white areas that would be too tiny or complex to paint around. What is masking fluid, exactly? It’s made of a suspension of latex in water and is usually lightly tinted to make it easier to see on the paper, either a light yellow or gray. Ammonia is added as a preservative.

Art History The visual arts are always changing. The various types of art seen today are the results of adaptation and alteration over time. This overview section of the website is designed to help you explore how art has evolved from the early days of cave paintings to the latest trends in digital artistry. Historians usually break up art history into smaller sections based on geography, theme and style: Self-Portraits in a Complex Mirror: The Photographs of Vivian Maier Vivian Maier, “Untitled” (1959), (all images © Vivian Maier/Maloof Collection, courtesy Howard Greenberg Gallery) The discovery of the so-called “undiscovered genius” is the driving narrative behind the boom in what’s come to be called outsider art over the past few decades. The notion that great art is being made unbeknownst to the powers-that-be by hospital patients, truck drivers, janitors, and neighborhood loners satisfies our wish to believe in a fully democratized community of artistic expression. Bodies of work by Martín Ramirez, Henry Darger, Charles A. A.

Download Vincent van Gogh's Collection of 500 Japanese Prints, Which Inspired Him to Create "the Art of the Future" Vincent van Gogh never went to Japan, but he did spend quite a bit of time in Arles, which he considered the Japan of France. What made him think of the place that way had to do entirely with aesthetics. The Netherlands-born painter had moved to Paris in 1886, but two years later he set off for the south of France in hopes of finding real-life equivalents of the "clearness of the atmosphere and the gay colour effects" of Japanese prints. These days, we've all seen at least a few examples of that kind of art and can imagine more or less exactly what he was talking about. But how did the man who painted Sunflowers and The Starry Night come to draw such inspiration from what must have felt like such exotic art of such distant a provenance? "There was huge admiration for all things Japanese in the second half of the nineteenth century," says the Van Gogh Museum's visual essay on the painter's relationship with Japan.

Gerald Brommer Workshop ~ Floral Collage ~ Art Journal Pages Floral Collage11" x 15"Gerald Brommer gave instructions that he didn't want to see any pistils or stamens in our floral collages. I got that one covered in my floral painting above but Jerry's florals below are outstanding. I had time to start a second one but it is not finished yet. The muted gray color in the background (the negative shape) was achieved by watercolor with a little white gouache and applying and then dabbing with a Kleenex to give it more texture. We glued the larger pieces down first, tried to have a focal point, and to make an impression of a flower. We used watercolor to edges of flowers to round off some edges and to make interesting marks.

Taking Notes vs. Taking a Picture of Notes; Which Wins? Although I have seen this picture before, I saw it tweeted again recently: Although this seems like a no-brainer as a method to quickly capture information, there is also the challenge that if you want to “retain” information, writing it down is a much better method. In an article titled, “Want to retain information? Take notes with a pen, not a laptop”, the author shares the following: Creating an Encaustic Look with Acrylics Any Matte or Semi-Gloss medium or Gel Medium can impart a waxy look. The specific manner in which it is applied can also increase or decrease this effect. It can be helpful to test with several mediums or gels on sacrificial pieces until you get a feel for the mediums or gels and application techniques that will work best for you. It is possible to get an “encaustic” look with the matte gels or mediums on their own, but mixing various ratios of matte gels and mediums with different amounts of paint can give a more enhanced look of actual beeswax. This look can be achieved with a range of options from a very fluid medium like Fluid Matte Medium or Matte Medium, to a thicker consistency that can be brushed or tooled with a palette knife, such as Soft Gel (Matte or Semi-Gloss) or Regular or Heavy Gel (Matte or Semi-Gloss).

What's in your Locker? After an entire unit exploring space (perspective, forced perspective, positive and negative space, stencils, etc) we decided to close out the unit wit ha look at installation art. What do installation artists do? Well, they take a pre-existing space and change it using their artist abilities. As crowded as Apex has been, there are some spaces that are simply underutilized. In particular the lockers. To Paint Is to Love Again: Henry Miller on Art, How Hobbies Enrich Us, and Why Good Friends Are Essential for Creative Work by Maria Popova “What sustains the artist is the look of love in the eyes of the beholder. Not money, not the right connections, not exhibitions, not flattering reviews.” ISIS leave ancient Iraqi city of Nimrud in ruins These pictures show the shattered remains of what was once one of the most magnificent cities in the Middle East. The ancient Iraqi city of Nimrud has been reduced to rubble by Islamic State, who were forced out of the famed archaeological site in November. The terror group was driven out by Iraqi forces, but left behind scenes of devastation, with much of the ancient Assyrian city destroyed.

Aesthetics of Varnishing Transparent Watercolor This article briefly explores the permanent changes created by varnishing transparent watercolor on paper, in particular the aesthetic changes to color, value, texture, and sheen. Keep in mind that varnishing also changes the nature of the painting through the permanent addition of acrylic. While there are several approaches to varnishing watercolor, we only focused on what happens when creating a removable varnish layer.

Heart-warming video captures kids trying to explain color to a BLIND pianist US-based Mac Potts has been playing music professionally since he was 11 years old but he has never been able to seeMac asked a group of children to describe their experiences of different colorsThe boys and girls - who were a variety of ages - largely struggled to effectively describe color using wordsThe most successful attempts were made by children who used metaphors or sounds to explain with hums, operatic interludes and high-pitched squeaks By Miranda Bryant For Dailymail.com Published: 22:42 GMT, 13 January 2017 | Updated: 23:31 GMT, 13 January 2017