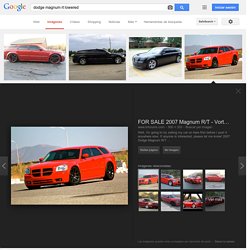 Drove 1700 miles round trip from Seattle to San Francisco this past weekend to pick up a '92 968 in Grand Prix white. 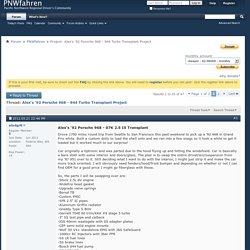 Built a custom dolly to load the shell onto and we ran into a few snags so it took a while to get it loaded but it worked much to our surprise! Car originally a tiptronic and was parted due to the hood flying up and hitting the windshield. Car is basically a bare shell with some interior and doors/glass. The plan is to swap the entire drivetrain/suspension from my '87 951 over to it. Still deciding what I want to do with the interior, I might just strip it and make the car more track oriented. BMW M 635 CSi technical details, history, photos on Better Parts LTD. 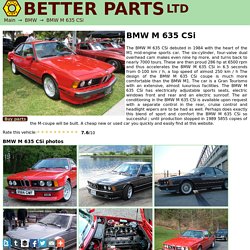 The six-cylinder, four-valve dual overhead cam makes even nine hp more, and turns back to nearly 7000 tours. These are then proud 286 hp at 6500 rpm and thus accelerates the BMW M 635 CSi in 6.5 seconds from 0-100 km / h, a top speed of almost 250 km / h The design of the BMW M 635 CSi coupe is much more comfortable than the BMW M1. The car is a Gran Tourismo with an extensive, almost luxurious facilities. The BMW M 635 CSi has electrically adjustable sports seats, electric windows front and rear and an electric sunroof. The air conditioning in the BMW M 635 CSi is available upon request with a separate control in the rear, cruise control and headlight wipers are to be had as well. BMW M 635 CSi photos Please, leave a review: Dodge 1968 dart gt 2door hardtop coupe - the history of cars - exotic cars - customs - hot rods - classic cars - vintage cars - 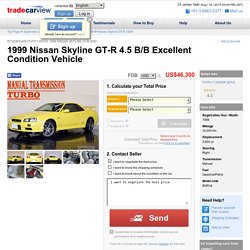 Prosper Group Karibu !! I have worked in Africa for many years, and I hope African friends to find your desired cars! Ili watu wapate magari.Unaweza kuwasiliana na mimi kwa lugha tatu, Kiswahili, Japanese na Kingereza . Asanteni. We have been in the used car business for 20 years in Japan. Our Motto is faithfullness and dignity for the Customers. We have major Japanese Ports Nearby for Quickshipping and Delivery. In our Stock we always have different types of left and right hand drive vehicles. In our shop on Tradecarview you can find the same inventory as our main website: same reliable vehicles, same affordable price, same quality service and follow up. Country Japan Address Izumi 2096, Yokohama shi, Kanagawa ken Contact Person. 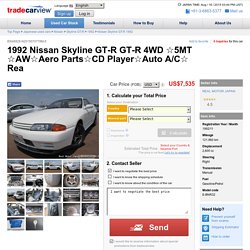 Dear valued customers! First of all, taking this opportunity we would like to express our sincerest thankfulness to you for your continued business with us. Today, we are sending following three important messages to you; 1.We are located in the city of Toyota near Nagoya in the central part of Japan. The severe earthquake on the 11th of this month took place off the coast of Northern part of Japan and fortunately no damage was caused to our business. Country Japan Address 26-2 Takara Tsutsumi-cho, Toyota - city, Aichi prefecture, 473-0932 Contact Person. Porsche 911 GT3. The Porsche 911 GT3 is a high performance version of the Porsche 911 sports car primarily intended for racing. 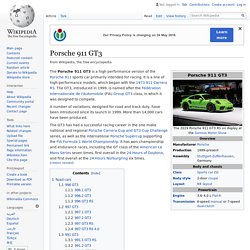 It is a line of high-performance models, which began with the 1973 911 Carrera RS. The GT3, introduced in 1999, is named after the Fédération Internationale de l'Automobile (FIA) Group GT3 class, in which it was designed to compete. A number of variations, designed for road and track duty, have been introduced since its launch in 1999. More than 14,000 cars have been produced. Nissan Skyline. The Nissan Skyline (Japanese: 日産・スカイライン Nissan Sukairain) is a line of compact cars, sports cars and compact executive cars originally produced by the Prince Motor Company starting in 1955, and then by Nissan after the two companies merged in 1966. 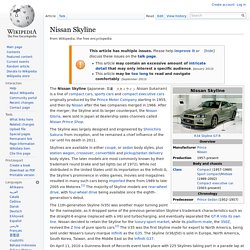 After the merger, the Skyline and its larger counterpart, the Nissan Gloria, were sold in Japan at dealership sales channels called Nissan Prince Shop. The Skyline was largely designed and engineered by Shinichiro Sakurai from inception, and he remained a chief influence of the car until his death in 2011. The 11th-generation Skyline (V35) was another major turning point for the nameplate, as it dropped some of the previous generation Skyline's trademark characteristics such as the straight-6 engine (replaced with a V6) and turbocharging, and eventually separated the GT-R into its own line.