Who would paint my portrait?

Art Styles Explained: From Realism to Abstract. Part of the joy of painting in the 21st century is the wide range of available forms of expression. 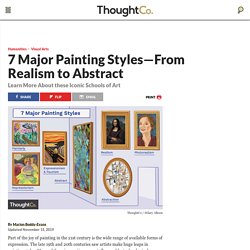 The late 19th and 20th centuries saw artists make huge leaps in painting styles. Many of these innovations were influenced by technological advances, such as the invention of the metal paint tube and the evolution of photography, as well as changes in social conventions, politics, and philosophy, along with world events. This list outlines seven major styles of art (sometimes referred to as "schools" or "movements"), some much more realistic than others. Although you won't be part of the original movement—the group of artists who generally shared the same painting style and ideas during a specific time in history—you can still paint in the styles they used. By learning about these styles and seeing what the artists working in them created and then experimenting with different approaches yourself, you can begin to develop and nurture your own style. Impressionism Expressionism and Fauvism. Self Portrait Picasso Style. BBC Bitesize - KS2 Art and Design - Pablo Picasso. 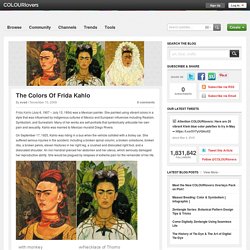 She painted using vibrant colors in a style that was influenced by indigenous cultures of Mexico and European influences including Realism, Symbolism, and Surrealism. Many of her works are self-portraits that symbolically articulate her own pain and sexuality. Kahlo was married to Mexican muralist Diego Rivera. On September 17, 1925, Kahlo was riding in a bus when the vehicle collided with a trolley car. She suffered serious injuries in the accident, including a broken spinal column, a broken collarbone, broken ribs, a broken pelvis, eleven fractures in her right leg, a crushed and dislocated right foot, and a dislocated shoulder. After the accident, Kahlo turned her attention away from the study of medicine to begin a full-time painting career. 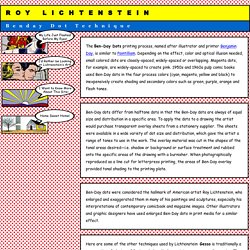 Depending on the effect, color and optical illusion needed, small colored dots are closely-spaced, widely-spaced or overlapping. Magenta dots, for example, are widely-spaced to create pink. 1950s and 1960s pulp comic books used Ben-Day dots in the four process colors (cyan, magenta, yellow and black) to inexpensively create shading and secondary colors such as green, purple, orange and flesh tones. Ben-Day dots differ from halftone dots in that the Ben-Day dots are always of equal size and distribution in a specific area. To apply the dots to a drawing the artist would purchase transparent overlay sheets from a stationery supplier. The sheets were available in a wide variety of dot size and distribution, which gave the artist a range of tones to use in the work.

Information gathered from Wikipedia.Return to Top of Page.