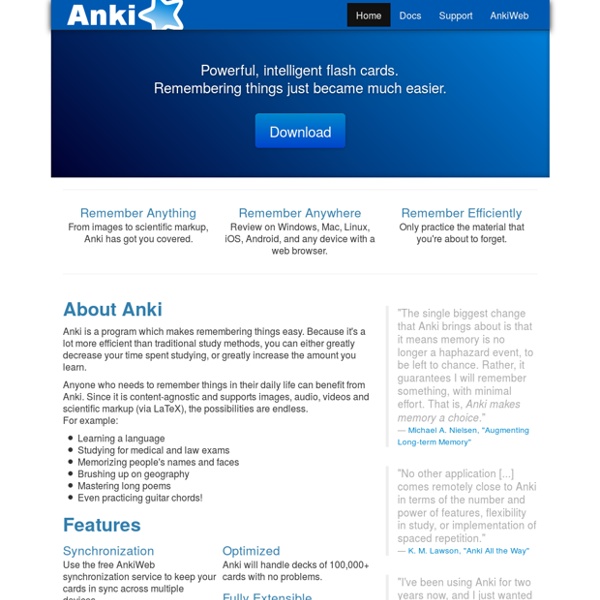 Professional and Technical Writing/Rhetoric/Author/Style Writing style can mean some things. It can mean the features that make the person or authors type of writing unique. On the other end of the spectrum there is a legal or scientific style of writing, referring to writing characteristics shared by certain groups of professionals, like lawyers or scientists. Style can also mean a communication's readability, if it is written in a clear manner, a muddy, inspiring or dull style. Blogs, Articles and Videos from the World's Top Thinkers and Leaders A small startup company called Extrality is working on augmented reality flashcards for phonics. They’re calling them SmashCards. The idea is to embed interactivity into what look like ordinary flashcards, thus (hopefully) enhancing children’s phonemic awareness and understanding.

Basic Rules of Chinese Stroke Orde, Character Stroke Order Basic Rules, Chinese character decomposition, How to write Chinese characters, Chinese character stroke order, Chinese Stroke Order,Study Mandarin Chinese Characters, Chinese charac - Character Stroke Order Basic Rules Traditionally, Chinese is written in vertical columns from top to bottom; the text runs from the right toward the left of the page. Modern Chinese uses the familiar western layout of horizontal rows from left to right, read from the top of the page to the bottom. How to Learn a Foreign Language Via a Language Exchange You should practice using the Cormier method, a language exchange method that has been proven for over 3 years at the C.E.L.M. school in Montreal, Canada. Overview Following the Cormier method, you will practice with native speakers of the language you're learning, in small mixed groups of speakers of the two languages - ideally, between 2 and 4 people. Half the time, you will be speaking in the language you're practicing, and half the time in your own language - to give your exchange partners a chance to practice too. During your practice, you should use the lesson plans in the Chat Companion.

Chinese (Mandarin)/Writing in Chinese Learning to read and write Chinese characters will probably be your largest obstacle in this course. Since Chinese has no alphabet with reusable letters, there is no way around lots of writing practice and rote memorization. But while there is no small set of glyphs that can be used to write the entire language, there is reuse and repetition. Although pinyin is useful for representing the sounds characters make, they couldn't be used to replace characters, since many words make the same sounds. Afrikaans 101 - Learn Afrikaans Online for Free Afrikaans Language Overview Afrikaans speakers worldwide 16 million Afrikaans speaking countries 9 Websites You Can Use to Learn a Foreign Language - StumbleUpon Traveling is a great way to see a country and learn about the people who live there. But if you really want to learn what makes them tick than you need to learn their language. Immersing yourself in a new language can seem like a daunting task.

if you open the program, you'll have on the upper left part (taskbar?) some field "data" (in German "Datei"). Click on it and choose "download" or something similar (well, I only know the German version), there you can choose to download decks of other users and then search by tags... by step4step Apr 14

Well was my English teacher told me about it...now I learn German with it. One thing missing...I don't find where to download other users decks :-( by virginia.m Apr 10

Anki is a great tool for memorizing just about anything, but works particularly well for memorizing vocab if you're studying a foreign/ancient language. by inkitatus Apr 9