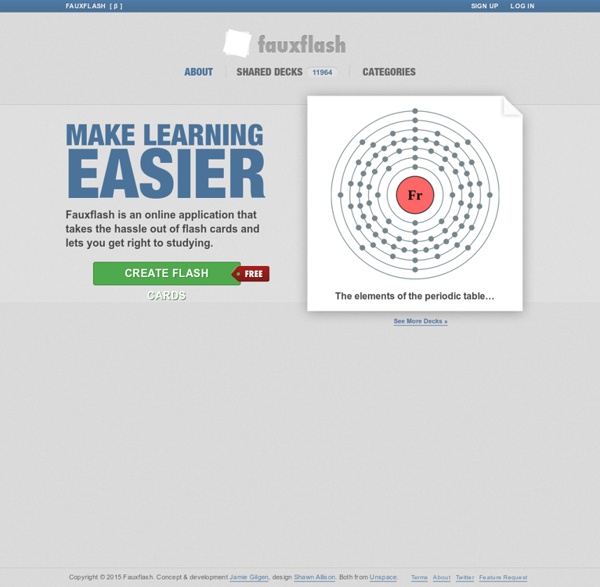 75 Free Language Learning Resources Online Whether you’re trying to learn English, Spanish, French, Portuguese, Japanese, Chinese, Italian –you get the picture – it’s good to get free help along the way. Luckily, there are tons of free online resources out there. Here are 75 to get you started … 1. 101Languages.net – Learn basics like vowels, consonants, phrases and vocabulary for various languages like Arabic, Bambara, Cebuano, Estonian, Icelandic, Latvian and Serbian. QuickLatin - the premier Latin to English Translation tool

9 Websites You Can Use to Learn a Foreign Language - StumbleUpon Traveling is a great way to see a country and learn about the people who live there. But if you really want to learn what makes them tick than you need to learn their language. Immersing yourself in a new language can seem like a daunting task. Fortunately, there are great free resources available to turn your first few words into fluency. BBC Languages

21 Digital Tools to Build Vocabulary l Dr. Kimberly's Literacy Blog If you follow this blog, you know that I believe effective vocabulary instruction is just about the most important instructional activity for teachers to get right. For lots of reasons. Vocabulary influences fluency, comprehension, and student achievement. How’s that for starters? In addition, a broad vocabulary is important for effective speaking, listening, reading and writing. Vocabulary is a foundational component of an effective K-12 comprehensive literacy framework.

Software Translates Your Voice into Another Language Researchers at Microsoft have made software that can learn the sound of your voice, and then use it to speak a language that you don’t. The system could be used to make language tutoring software more personal, or to make tools for travelers. In a demonstration at Microsoft’s Redmond, Washington, campus on Tuesday, Microsoft research scientist Frank Soong showed how his software could read out text in Spanish using the voice of his boss, Rick Rashid, who leads Microsoft’s research efforts. In a second demonstration, Soong used his software to grant Craig Mundie, Microsoft’s chief research and strategy officer, the ability to speak Mandarin. Hear Rick Rashid’s voice in his native language and then translated into several other languages: English:

Ukindia Learn Sanskrit Lesson 1 Paperhelp to help you write papers Lesson 2 ..Home....Asian Books..Sanskrit lessons ( external)..Tamil.Gujarati. Punjabi. How Long to Learn That Language? Here’s a Map for That For English-speakers, Romanian is easier to learn than German. And you’ll be speaking Russian sooner than Hungarian. How is that? Because the Foreign Service Institute says so.

Printable Flash Cards for Vocabulary Words-with Photographs Sluggish Sluggish audio/easy/sluggish.mp3 adjective Verschlimmbesserung As Confucius says (Analects 58): "If terms are incorrect, language will be incongruous; and if language be incongruous, deeds will be imperfect... Hence, a man of superior mind, certain of his terms, is fitted to speak; and being certain of what he says can proceed upon it." Awhile back i encountered the German term Verschlimmbesserung--an "improvement" that makes things worse (via BetterThanEnglish dot com). This seems very much of our times, when tamper monkeys not only have seized control of the means of production, they also seem infected with a restlessness entirely disconnected from any awareness of the consequence of their actions. I thought about finding an easier to remember word. Clearly, abprovement & deprovement (rather than simply mux up et al) retain the turn of wit upon the original.

Fauxflash is an online application that takes the assle out of flash cards and lets you get right to studying. by inventia Aug 5