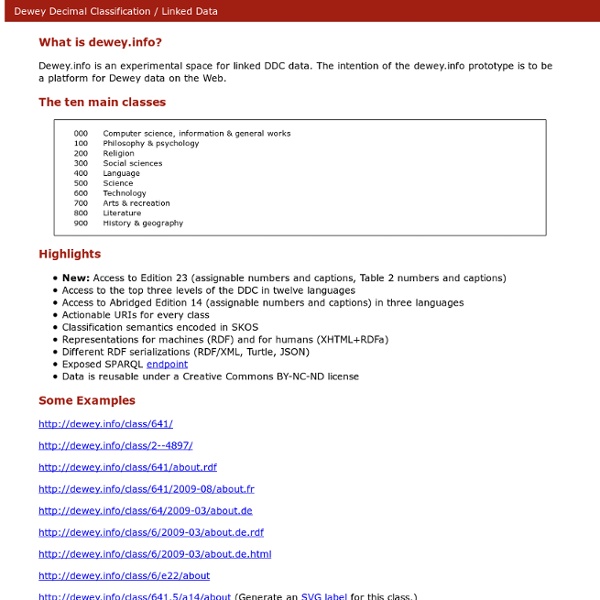 Mobile Libraries The 8 Skills Students Must Have For The Future Editor’s note: This is a revised version of an article written by Katie Lepi that originally appeared on June 7th, 2014. We believe this information is still highly relevant, but we wanted to update it with the latest thinking. To do that, we invited writer Michael Sledd to take the reins. Education has traditionally focused on the basic “3Rs” of reading, writing and arithmetic. However, as the ever increasing pace of technological innovation drives changes in the world, educators must re-evaluate whether the skills they teach truly provide their students with the best opportunities to succeed in school, the workforce, and in life overall. This naturally leads to the question of what those skills are or will be, and while there are other excellent suggestions out there, Pearson’s 2014 edition of “The Learning Curve” report lists the 8 skills below as those most necessary to succeed in the 21st century. Understanding and Teaching These Skills Leadership Digital Literacy Communication The U.S.

The Home-Based Bookstore Start Your Own Business Selling Used Books on ... - Steve Weber Stephen&#039;s Lighthouse: APIs and Libraries More libraries switch to KOHA catalogue system This month, two European public libraries announced their move to KOHA, the open source library system. First, on 16 January, the Oslo Public Library - Norway's largest public library - stated that it will make the open source catalogue system the core of its new library building, to be opened in 2017. The library of the Swedish Institute of Rome, in the Italian capital, made an announcement on 20 January. The institute - funded by the Swedish Ministry of Education - will switch to KOHA in the next few months. The Oslo Library's Digital Services team explains on its website that it selected KOHA after having considered purchasing proprietary alternatives and developing one of their own. "By choosing KOHA, we will have an integrated library system that can be tailored to our needs, without limitations on the number of concurrent users/licenses, as well as a system where we truly own all the data ourselves. Archeology More information:

Adventure - Dixie Dugan's Bag of Tricks CHAPTER 1: Dixie My first clear memory of Dixie was in the 5th grade. We must have been 12 years old because it was towards the end of the school year. Our 5th grade teacher, Mrs. “Well, Dixie?” The answer to that was obvious, no matter what Dixie was playing with in her lap. Then came the inevitable question from the increasingly agitated teacher: “What is that, that you are trying unsuccessfully to hide from me, that is so terribly important that you don’t have time to listen to me?” Dixie just sat there with her red hair mostly covering her mostly red face. “Did you hear me, Dixie? Dixie mumbled something unintelligible. “I’m sorry, Dixie. And then, something seemed to click in Dixie. “It’s my Shutup’r,” she stated clearly. “Excuse me?” “I said, it’s my shut up’r,” Dixie said, even more clearly this time. At which point there was kind of an invisible flash, or maybe more like an almost audible pulse of some kind. Mrs. Again the silent pulse.

Phil Bradley:Internet search, Librarians, search engines, web search Creating School Library "Makerspace" Home » Creating School Library "Makerspace" School Library Monthly;Feb2013, Vol. 29 Issue 5, p41 The article discusses the creation of so-called makerspaces in school libraries, where students and staff can create, do problem solving, and develop thinking. Fostering Thoughtful Self-Direction in Students. 'Game Of Thrones' Sex Scenes And Nudity: The Complete NSFW Collection The sex on “Game of Thrones” has been the topic of much discussion throughout the first two seasons of the hit HBO series. It has sparked debate about gender roles and sexism on TV, inspired critic Myles McNutt to coin the term “sexposition" –- using sex as a backdrop for exposition about back story or character motives -- and earned a spoof on "Saturday Night Live" for its gratuitous nudity. The Huffington Post thought it was time to look at the show's breadth of sex scenes to figure out if "Game of Thrones" is the non-stop T & A ... and P fest it's made out to be. After going through the entire series looking for every instance of sex and nudity, The Huffington Post discovered that in 20 hours of material, there is just a little over 15 minutes of, literal and figurative, naughty bits. Watch the full compilation below to see what all the fuss is about. UPDATE: Check out the "Game of Thrones" Season 3 sex scenes and nudity compilation here. Video produced by Oliver Noble

Library 2.0: Not Just for Users The con­cept of “Library 2.0″ has been around long enough now that we’ve gone through all the stages and argued it to death, as noticed by Andy Wood­worth in a post titled Decon­struct­ing Library 2.0. That’s a good thing, and you should go read his thoughts on the subject. No mat­ter which side you of the debate you come down on, you can prob­a­bly prove your case. In his paper Par­tic­i­pa­tory Net­works: The Library As Con­ver­sa­tion, Dave Lankes said that “libraries should focus on the phe­nom­ena made pos­si­ble by the tech­nol­ogy,” not the tech­nol­ogy itself, which I think is a pretty good way of think­ing about “Library 2.0.” The hard part, though, is that Library 2.0 doesn’t really replace any­thing. We’re already pretty good at get­ting out from behind the phys­i­cal ref­er­ence desk. So that’s what I tend to con­cen­trate my own pre­sen­ta­tions on — the prac­ti­cal ways in which these new tools can help you. Why should your library have a blog? Be Socia­ble, Share!

Want to Start a Makerspace at School? Tips to Get Started As the Maker Movement starts to gain momentum, schools that are trying to find ways to foster the do-it-yourself environment can learn a few lessons from another nexus in the universe: public libraries. Dale Dougherty, founding editor and publisher of Make Magazine — and the de facto leader of the Maker Movement — has a vision to create a network of libraries, museums, and schools with what he calls “makerspaces” that draw on common resources and experts in each community. Libraries and museums, he said, are easier places to incorporate makerspaces than schools, because they have more space flexibility and they’re trying to attract teens with their programs. “Schools have already got the kids,” Dougherty noted wryly, at the recent American Library Association Midwinter Meeting in Seattle. Schools can learn from libraries that participated in the inaugural Maker Camps last summer. “Why are you here?” But not every space is alike, or even appropriate. Related

Andrew Losowsky: 9 Books That People Will Judge You For Reading (And Why They're Wrong) Some people just can't help being judgmental. They roll their eyes when they see your shoes, your haircut... but worst of all can be when they see what you're reading. A book can say so much about a person -- and it can also say nothing at all. It's bad enough when people assume things about an author's life based on their books, but a reader? This is one of great beneficial side effects of e-readers -- they can hide what it is you're reading, allowing you to enjoy a book in peace. Get over yourselves, cultural snobs and sneerers. And secondly, if you feel yourself instinctively starting to curl your lip, then why not make a deliberate effort actually to pick up the book they're reading next time you get the chance? Here are 9 books that many people are uncomfortable reading in public -- and why the book shamers have got it all wrong. Loading Slideshow