THE SEVEN TALES - The seven tales.

“I’m skeptical about many things, including the notion that government always knows best, and that the people can’t be trusted with the truth. 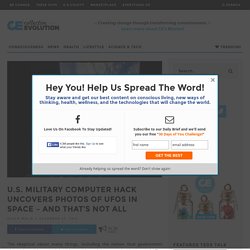 The time to pull the curtain back on this subject is long overdue. We have statements from the most credible sources – those in a position to know – about a fascinating phenomenon, the nature of which is yet to be determined.” – John Podesta, Councillor to Barack Obama, and former Chief of Staff at the White House under the Clinton administration What type of information lies dormant inside US Army, Navy, Air Force, and Department of Defense computers, as well as 16 NASA computers? Why is it that trillions of unaccounted dollars are pumped into the department of defense every year? You would think that we have the right to know what scientific and technological breakthroughs the world’s top scientists are making, wouldn’t you? 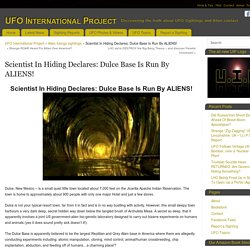 The town is home to approximately about 900 people with only one major Hotel and just a few stores. Dulce is not your typical resort town, far from it in fact and is in no way bustling with activity. However, this small sleepy town harbours a very dark deep, secret hidden way down below the tangled brush of Archuleta Mesa. A secret so deep, that it apparently involves a joint US government-alien bio-genetic laboratory designed to carry out bizarre experiments on humans and animals (yes it does sound pretty sick doesn’t it!).

The Original Architects, Creators of Our Species... You have no idea how excited I am to be able to share this information with you. 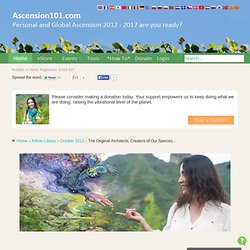 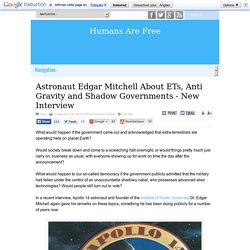 What would happen if the government came out and acknowledged that extra-terrestrials are operating here on planet Earth? Would society break down and come to a screeching halt overnight, or would things pretty much just carry on, business as usual, with everyone showing up for work on time the day after the announcement?

What would happen to our so-called democracy if the government publicly admitted that the military had fallen under the control of an unaccountable shadowy cabal, who possesses advanced alien technologies? Would people still turn out to vote? In a recent interview, Apollo 14 astronaut and founder of the Institute of Noetic Sciences, Dr. Indigos and Crystal Beings. Cosmic Disclosure: Portals: Cosmic Web. Subscribe and get Galactic News Daily Updates: David Wilcock: Okay. 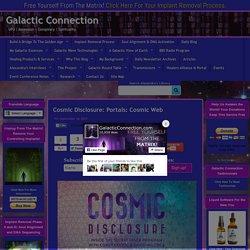 Welcome to another episode of Cosmic Disclosure. I’m here with a remarkable insider, Corey Goode, who is helping me to verify information that I’ve collected from a variety of insiders who have worked in highly classified programs over the years. And there has always been this little something where actually it turned out to be a big something where these people knew more than they wanted to tell me. I don’t know if it was secrecy or fear or exactly what held them back, but you could just never get all the answers that you were really looking for. Google Translate. M.disclose. Transmission from Pleiadians about sexuality - ⊙ Adamu - The Disclosure Issue.

Adamu - The Disclosure Issue Wow, I just listened to the best summary of all that's going on, that I heard in a while. 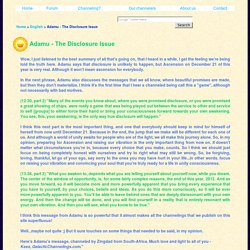 I get the feeling we're being told the truth here. Adamu says that disclosure is unlikely to happen, but Ascension on December 21 of this year is very real. Although it won't mean ascension for everybody. In the next phrase, Adamu also discusses the messages that we all know, where beautiful promises are made, but then they don't materialize. . (12:30, part 2) "Many of the events you know about, where you were promised disclosure, or you were promised a great showing of ships, were really a game that was being played out between the service to other and service to self [groups] to either force their hand or bring your consciousness forward towards your own awakening. I think this next part is the most important thing, and one that everybody should keep in mind for himself of herself from now until December 21.

Part 1: Part 2: Transcript of the videos: To begin with.