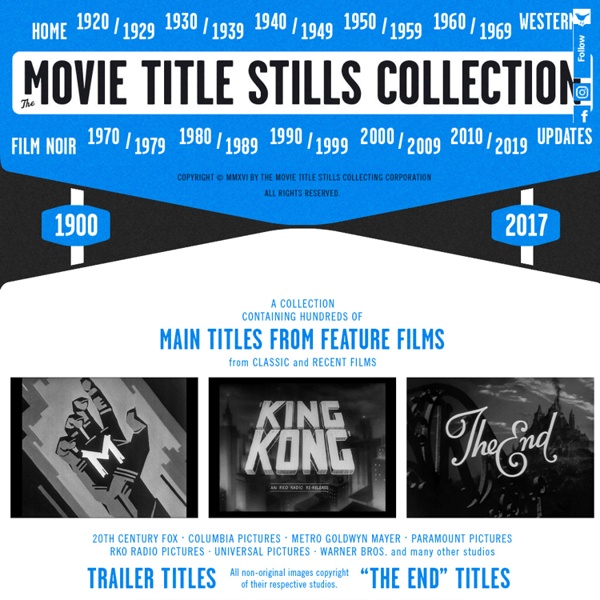 My name is Christian Annyas. Between my morning coffee and evening movie I design websites. Like the one you're looking at. I could do yours too. You can contact me here, or take a look at my work I've seen a lot of movies over the years.

The Typography of Sanborn New York City Maps NEW YORK Staten Island. Atlas 159, 1885 BROOKLYN New York. Motion Graphics Inspiration Gallery - Motionspire Men's Health // How a Bean Becomes a FartGiant Ant Jenny LeClue - Kickstarter TrailerJoe Russ Talib Kweli feat. Abby Dobson - State of Grace (Official Music Video)dreambear Michael Bublé - You Make Me Feel So Young Video - Animated VideoTigrelab Sinquefield Cup: One of the most amazing feats in chess history just happened, and no one noticed. Photo by Lennart Ootes Before any of the six entrants in the 2014 Sinquefield Cup had nudged a white pawn to e4, they’d already been hailed as the strongest collection of chess talent ever assembled. The tournament, held in St. Louis, featured the top three players in the game. The weakest competitor in the field was the ninth best chess player on the planet. Photo illustration by Slate.

Stripeyhorse Creative June 29th, 2012 We really like the new logo design for British Gymnastics. Using bright bold colourful graphics the swirls track the motion of a gymnast. There is also a video that accompanies the logo design, check it out on our facebook page. Via the Creative Review website What Katie Does: Sheaff's Ephemera A simply amazing collection of ephemera over at sheaff-ephemera.com, lovingly collected and shared by the site’s owner Dick Sheaff. It covers all sorts of items from Victoriana right up to modern times loosely categorised by type, from elaborate book plates to ticket stubs. You could lose hours happily wandering through it all – a real treasure trove for inspiration.

Sweet Station Zemer Peled Peled was born and raised in a Kibbutz in the northern part of Israel. After completing a BA (Hons) at the Bezalel Academy of Art and Design in Jerusalem she graduated with an MA (Hons) from the Royal College of Art. In recent years her work has been featured nationally and internationally in museums and galleries including Sotheby’s and Saatchi Gallery-London, Eretz Israel Museum-Tel Aviv and the Orangerie du Senate, Paris among others. Punched Out Over six months, The New York Times examined the life and death of the professional hockey player Derek Boogaard, who rose to fame as one of the sport's most feared fighters before dying at age 28. Originally published in the New York Times in December, 2011. Photo: Marcus Yam for The New York Times: Aaron Boogaard in the apartment he and Derek shared and in which Derek died. Aaron gave his brother a painkiller before he went out that night. Derek Boogaard was scared.

I Love CDs Matt Ottdal has a series of old and new typography experiments. He decided to showcase them in his favorite format, CD covers! "This is my tribute to the Compact Disc format before it settles down into the grave with the Compact Cassette. I've always loved the CD format, the jewel case, though I've never made one, or worked with a musician.

Doom Forever Forever Doomed - View topic - MS Paint your fav album covers... For those who will be bored during the holiday season. Here's a fun game i pinched from another forum.MS Paint some of you fav album artwork and let other guess what they are, or use one as stencil. Here's some i prepared earlier hence the avatar