The Top 50 Cities to See in Your Lifetime 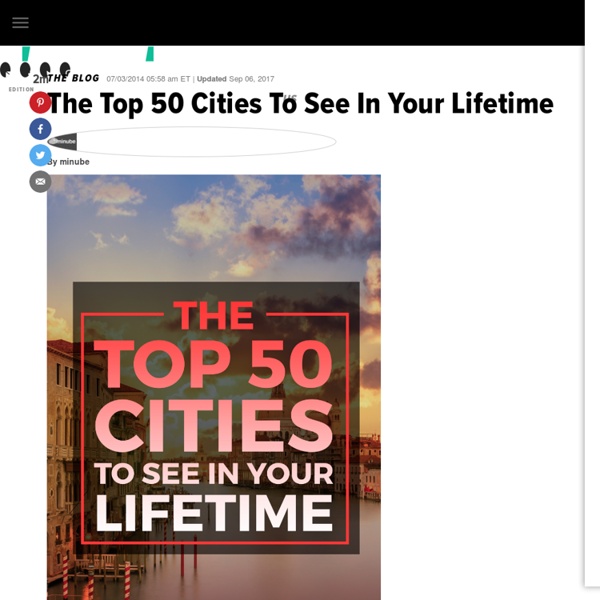 Forget London, Glasgow Is the UK's Best Party City Return to The VICE Guide to Europe 2014 homepage Photo by Patrick D Bortz Edinburgh might have the castle, the parliament, the Japanese tourists, the neo-classical architecture, and the advantageously low murder rate, but Glasgow has all the fun. Scotland’s largest city is pretty drunk, yes, but we also punch above our weight culturally, with a dynamic music scene, one of the world's most iconic art schools, and some of the best pubs and clubs in Britain. So taps aff ya dafties, 'cos here we fucking go. Jump to sections by using the index below. – WHERE TO PARTY – WHAT'S THE DEAL WITH DRUGS? The beauty of Glasgow nightlife is that most clubs exist on the awkward Z-shape formed by Sauchiehall Street, Union Street, and the Clydeside, so you can roll between it all—the last, desperate gasps of indie, top 40 R&B, taps aff techno, eccie-fuelled happy hardcore and the welcoming thud of underground house—in less than 20 minutes. Return to Top Photo by Liam Turbett Photo by Chris O'Neil

19 epic road trips through Scotland Scotland is one of THE best countries in the world to take a road trip. Here are 20 of my favourite routes, many of them easily linkable for longer trips. Note: Place names located above the central belt of Scotland have been translated into Scottish Gaelic to help with navigation. 1. Selkirk → Moffat (Scottish Borders, A708) Moffat Valley. From Selkirk, cruise up the side of St Mary’s Loch, at the head of the Yarrow Valley in the heart of the Scottish Southern Uplands. 2. Culzean Castle. As you leave the town of Ayr (Inbhir Àir, “Mouth of the River Ayr”), head south on the A719 and visit the birthplace of Robert Burns, Scotland’s most famous bard. 3. Urquhart Castle and Loch Ness beyond. Follow the Caledonian Canal north from Fort William on the A82. Continue north along the banks of Loch Lochy (Loch Lochaidh) and Loch Oich (Loch Omhaich) to lunch in Fort Augustus. 4. Anstruther Fish Bar. Drive southwest along the A917 and visit the fishing villages of the East Neuk of Fife. 5. 6. 7. 8.

Learning AFAR Gives Low-Income Students a Chance to Travel Abroad High-school student Deisy Cedeno had never ventured far from her home in South Bronx, New York, before embarking on a journey to the Amazon rainforest. "I had not traveled at all — the farthest I had gone was New Jersey," she said. Cedeno didn't feel the limitation just geographically, either. "I didn't think much into the future," she said, "I didn't know how much I could change." She knows now, though, and she credits her change in perspective to the trip organized by Learning AFAR, a nonprofit foundation that also provided her with a scholarship to cover the costs of the 10-day journey to Peru. "When I came back from Peru, I just wanted to take over the world," Cedeno said. Learning AFAR, launched in 2008 by the same people who make AFAR magazine, is one foundation that wants to give high school students in low-income communities an opportunity to see another part of the world. we believed from the very beginning that the power of travel will change people's lives

Going Somewhere? Bustle's Packing Guide For Virtually Every Spring Destination | Bustle There are only two types of packers in the world — the over-packer and the under-packer. Either you’re stuck lugging around a suitcase full of enough items to get you through a month abroad when you’re only going on a weekend trip or you arrive at your destination and realize that you forgot your toothbrush and only have the underwear you’re wearing. Regardless of which category you fall into, learning how to pack the right way for a variety of excursions is a life skill worth learning and proper planning will undoubtedly allow you to have a better time and look good while doing so. Worried that old habits die hard? Tropical Beach When you head to the beach, you have to be prepared for a day full of harsh elements like sun, sand, and water. Hiking A hike in the woods will bring you a host of different experiences in terms of sun exposure and temperature. Eurotrip Lake House Lake house excursions are casual by nature so pack accordingly. Staycation

Meet the Gods, Goddesses, Saints, Patrons, and Other Deities of Travel Have you ever been on the road, alone and helpless, wishing a specific friend would magically appear and assist you when you need it most? For instance, if I am in need of a good laugh to calm some travel-related anxiety, I would wish Jason, Bob, Allie, or Joseph to be there; if I have some kind of sour stomach, brought on by some street fare of dubious origin, Miriam or Michael would have known exactly how to deal with it; and if my rental car breaks down…. well, I haven’t made any mechanically-competent friends yet, but you get the point. Hundreds and thousands of years ago, people still traveled. Abeona, in Roman mythology, is the Goddess of Outward Journeys.