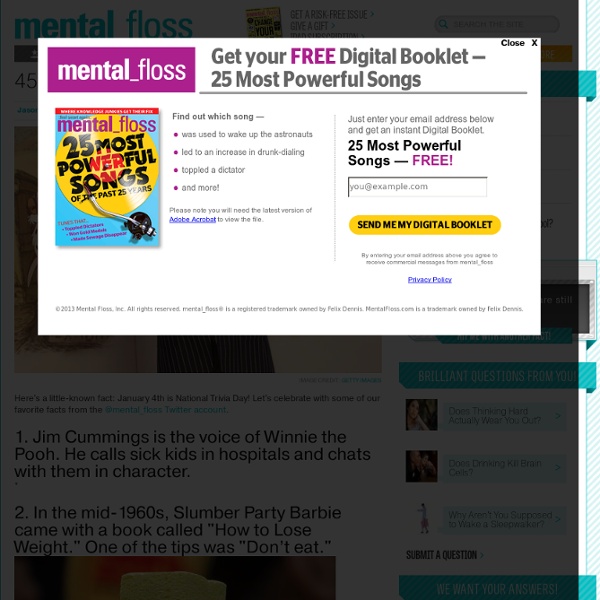 45 Free Online Computer Science Courses Missed lectures or hate teachers? Or want to study computer science courses without going to university? … You can study anytime anywhere because there are number of free online computer science courses available on internet that are very interactive. Here is the list of 45 free online computer science courses that are designed by teaching experts from best universities of the world (almost the whole graduation!). 1. Programming Methodology CS106A , Stanford University Course. Complete set of course materials. 2. This course is the natural successor to Programming Methodology and covers such advanced programming topics as recursion, algorithmic analysis, and data abstraction using the C++ programming language, which is similar to both C and Java. 3. Advanced memory management features of C and C++; the differences between imperative and object-oriented paradigms. 4. The purpose of this course is to introduce you to basics of modeling, design, planning, and control of robot systems. 5. 6.

7 Classic Disney Movies Based On R-Rated Stories Hercules: Murders His Children The Disney Happy Ending: In the Disney version we have our hero Hercules versus Hades, who tries to take out Hercules by sending Meg, a woman whose job it is to find Hercules' weakness. As she is a moderately attractive 18- to 25-year-old woman, she falls in love with him instead as required by Disney law. Since his first plan failed so miserably, Hades gets Hercules to give up his powers in exchange for Meg's safety, which seems like a reasonable trade until you remember that Hades is like Satan with more gold trim, so he predictably goes back on his word. He seemed like a decent guy. As Hercules is fighting a Cyclops, Meg pushes him out of the way of a falling column and is killed, which restores Hercules' powers just in time for him to save the world and bring her back to life. The Original Ending: "Do you see this arm? Tarzan: Doesn't Get the Girl, Everyone is Miserable The Disney Happy Ending: We can spot at least three glaring inaccuracies in this picture.

The 5 Greatest Things Ever Accomplished While High Cracked.com's new book is now on sale. What follows is one of the classic articles that appear in the book, along with 18 new articles that you can't read anywhere else. Any dreadlocked white guys finding this article after Googling "Drugs Rule" should know that we've given this list about drugs a rule. In fact, because we're masochists, we gave ourselves a strict no music policy, leaving us with ... well, not a whole lot actually. Francis Crick Discovers DNA Thanks to LSD The Accomplishment: For the few Cracked readers not versed in the history of human genetics, Francis Crick is the closest that field gets to a rock star, which is pretty fucking close as it turns out. Above: Science? Odile had no idea what they were celebrating. The Drug: LSD. Drugs? Why It Makes Sense: The double helix is essentially the Sgt. Now obviously scientists don't arrive at models by doodling on their trapper keeper and picking out the shape that looks the coolest. "It's so fucking beautiful." Cocaine. Acid.

Do a Barrel Roll and Top 10 All Time BEST Hidden Google Easter Eggs - TechChunks There are a number of gags, pranks, goofs and hidden messages within the search engine giant, Google, which are popularly called as Easter Eggs. For instance, the Google “do a barrel roll” search caught plenty of attention this week — but it’s only one of many Easter eggs the Internet giant has hidden around the Web. We had earlier compiled a list of awesome Google Search tricks and we had discovered how to Convert Google Translate Into a Beatbox Machine. Beyond Do a Barrel Roll: 10 Hidden Google Easter Eggs and Tricks 1. Google users were delighted recently by the discovery of a new Search trick, “do a barrel roll“. 2. Type the word “askew” in Google’s search box and voila! 3. Ask Google the answer to the question of life, the universe, and everything and, in a tribute to “A Hitchhiker’s Guide to the Galaxy,” you’ll get the number 42. 4. 5. Tired of Google being so weightless all the time?

5 Ways 'Common Sense' Lies To You Everyday The Regression Fallacy You'll Hear it As: "If this cock ring isn't lucky, then how come I got that new job when I was wearing it?" How It Screws Us: Human beings are hardwired to see patterns. But misfires in pattern recognition create all sorts of weirdness, particularly in the form of superstition. It Gets Worse... A great example of The Regression Fallacy is the alleged "Sports Illustrated Cover Jinx." The Sports Illustrated Cover Jinx is a supposed curse where athletes who appear on the cover of Sports Illustrated will then become terrible or have a run of bad luck afterward (there's a similar belief about Madden Football). That's why they call it the Regression Fallacy, because any trend is going to regress back to where it normally is. "I know I was a heroin addict, but this is different. In every day life, people use Special Pleading to make them feel less guilty about doing shitty things. We'll slow down with the food references, now.

7 Man-Made Substances that Laugh in the Face of Physics The universe is full of weird substances like liquid metal and whatever preservative keeps Larry King alive. But mankind isn't happy to accept the weirdness of nature when we can create our own abominations of science that, due to the miracle of technology, spit in nature's face and call it retarded. That's why we came up with... #7. Ferrofluids What do you get when you suspend nanoparticles of iron compounds in a colloidal solution of water, oil and a surfactant? A ferrofluid is a liquid that reacts to magnetic fields in trippy ways that make you think that science is both magical and potentially evil. Tell us that didn't look like the birth of the most sinister dildo ever. What happens is that when a magnetic field is applied to the fluid, the particles of iron compound inside align to it. What the Hell is it Used For? #6. It's not the brick in the picture up there, it's the stuff under the brick. Every once in a while, science rules. #5.

The 5 Weirdest Ways Music Can Mess With the Human Brain It's no secret that many people prefer to listen to music when they work out. But music doesn't just make physical activity more pleasant -- it actually makes our physical performance measurably better. When listening to music, people are able to hold heavy weights for longer than when they're standing in silence. They can also complete sprints in smaller amounts of time and are even able to reduce their oxygen intake. This is why Rocky does all of his training in musical montages. How the hell does music do that? Similar to the time-perception effect we referenced above, one element is just plain old distraction. First, there's synchronicity. It's all in the music. Music can even make you feel less pain. And even if you're lucky enough to be asleep during surgery, there's a good chance the doctors working on you are listening to music, since most surgeons believe it improves their performance, too. "Here I go again on my own, sawing through the whitest bones I've ever knooown ..."

The Aikido FAQ: Introduction To Aikido What is Aikido? Whenever I move, that's Aikido. O Sensei, Morihei Ueshiba Aikido is a Japanese martial art developed by Morihei Ueshiba (often referred to by his title 'O Sensei' or 'Great Teacher'). Upon closer examination, practitioners will find from Aikido what they are looking for, whether it is applicable self-defense technique, spiritual enlightenment, physical health or peace of mind. We could attempt to pigeonhole Aikido into a synopsis of X number of words, but that would not do it justice, so we leave the practitioner of Aikido to find out what Aikido is for themselves without any preconceived notions. What are the different styles in Aikido? There are no 'styles' of Aikido. Aikido was originally developed by one man, O Sensei. Since this list is going to be challenging enough without looking for extra work, we'll restrict our definition of Aikido to mean styles that clearly trace their lineage to Ueshiba O Sensei. The "Old" Schools Aiki-Budo Yoseikan Yoshinkan The "Modern" Schools