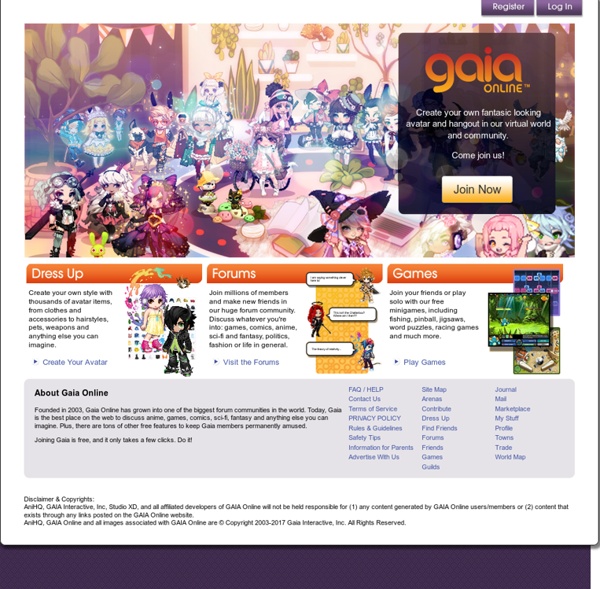 The Humble Store: Great games. Fantastic prices. Support charity. -60% OFF -60% Store Discount CA$33.04CA$13.21 CA$13.21 Add Buy Loading more great games... Error communicating with the server. Loading... Sorry, an error occurred. Super Mario 64 - Beyond 120 Stars Do you think Super Mario 64 is too short or too easy? Are you looking for more to do with this game? Well, then you've found the right page! If you think you're too good for this game, try any of my challenges labeled medium or hard! This web site is the ultimate guide to tricks, stunts, and secrets in SM64.

Free Cave Story Download In all honesty, Cave Story is by far the greatest freeware game that I have ever personally played. It beautifully combines all of the best features of an RPG, a shoot 'em up, adventure, and arcade together in a swirl of perfection. The basic plot is a bit hard to understand at first, as it is in all truly good adventure/RPG games, but bit-by-bit, the storyline is pieced together. All in all, the plot is so charmingly addictive that once you start playing, you can't get yourself to stop. The graphics may not be up to the level of some freeware games, but with the consideration that it is a mere 0.99 megabytes to download, they are stunningly good.

Immortal Cities: Children of the Nile April 11th, 2013Children of the Nile on GoG Joining a host of classic strategy games, Children of the Nile (Complete Edition, including the Alexandria Expansion Pack) is now available on GoG. Download your copy today! Read GoG's announcement Best Free Game Sites Many advances have recently been made with gaming leading up to now. We all ackknowledge that PC gaming is the best, however not everyone can run the high-demanding games like Battlefield or League of Legends. So, that leaves us with the flash games and the likes, aslong as you have internet, you can play these (as long as they aren't blocked) The Internet is full of websites claiming free-this, and free-that when it comes to downloading "free" games. However, the truth is you are only downloading a trial version, and will be asked to pay after a certain amount of time. Some of the trial versions even stop working once the time period is up...so, lets go hunting for some sites that are the real deal:

What is Second Life? Exploring and Discovery Travel with friends to thousands of beautiful and exciting places — all created by the Second Life community. Join Now Filled with Friends Millions of people have already joined Second Life. The Legend of Zelda Turns 25 1UP Celebrates The Legend of Zelda's 25th Anniversary Table of Contents | Gameography | Coolest Videos | Embarrassing Moments | Things You Didn't Know | Top 25 Theme Song Covers | Merchandise You Didn't Know Existed | Useless Items | Commercials | Why LTTP is Still Best | Retronauts Podcast On February 21, 1986 -- exactly 25 years ago today -- the very first copy of the game we know as The Legend of Zelda was sold in Japan, jump-starting an iconic franchise that has spawned various sequels, books, television shows, and a fan community larger than perhaps any other videogame series. As many 1UP readers know, we're really big on anniversaries and birthdays around here, and we're even bigger on Zelda, so we're celebrating Link's 25th with not one, not two, but ten retrospective features looking back at the impact the series has had on our lives. Compiled by Jess Ragan Compiled by Danny Cowan More than perhaps any other videogame, Zelda has inspired tons of fan-made Internet videos.

Lagoonia – The Social Island Game! Lagoonia was a browser-based social game developed and published by InnoGames which gave players the opportunity to build up their own tropical island paradise. The focus of Lagoonia was the social interaction between the players like talking, playing together or flirting. It also offered a variety of options in character development and witnessing the whole life circle of a character from birth to death.

The Wii Download Expert HomebreWare is compatible with Wii System Update 4.0, 4.1 AND 4.2 and below. This means the HomebreWare guide is valid for every version of the Wii currently on the market. Why wait?The original Homebrew guide on the internet!Play Homebrew ApplicationsHave the ability to play all our your old N64, Sega Master System, and SNES games on your Wii console.Learn how to play DVD Movies on your WiiPlay region locked games if you have purchased games from outside your countryYou are given access to over 2000 free games included with the HomebreWareInstant Access to the best Homebrew guideWe paid the full $55, and a few days later the price was heavily discounted. Doodle Devil Walkthrough Cheats and Strategy Guide Doodle Devil – Game Introduction Welcome to the Doodle Devil walkthrough on Gamezebo. Doodle Devil is the sequel to Doodle God, a puzzle game for the iPhone and iPod Touch developed by JoyBits Ltd.

Nintendo DSi Homebrew... Yes, It Is Possible! by Mark Thompson When I first heard about Nintendo's new DSi handheld, I was overjoyed. I've been a long time Nintendo DS fan. Especially when it came to being able to use the R4 DS to download and play thousands of free Nintendo DS Homebrew Roms and applications. As soon as it hit the Japanese Market, I rushed to order one online and waited eagerly for it to arrive. I was ready to start using the built in Camera, and of course, to try all of my homebrew games and applications on the slightly bigger screen. Nintendo DS Homebrew Roms and applications are created by programmers, released for free, and there are literally thousands of games, many of commercial quality - that can be downloaded absolutely free.

C++ Tutorial - Introduction to C This tutorial series is designed for everyone: even if you've never programmed before or if you have extensive experience programming in other languages and want to expand into C++! It is for everyone who wants the feeling of accomplishment from a working program. What do I mean? Software - Wii Transfer The Mac companion for your Wii Wii Transfer can share your movies, music, and pictures directly to your Nintendo Wii using the Internet Channel. Copy Miis from your Wii back to your Mac and save them as images. Browse iTunes playlists and iPhoto albums on your television. Convert your movies to a format the Wii understands, streaming directly from your Mac.

No--it's a good website, all the other imitations and copy-cats are roughly sticking to a small fan base--it's interesting what GAIA is doing. by loydna Jun 18

Nope, definitely not the only one Im sure. by galaksee Feb 1