Art world is several different worlds at once 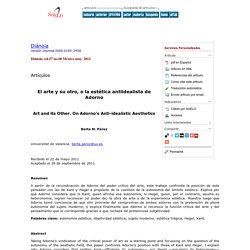 On Adorno's Anti-idealistic Aesthetics Berta M. Pérez. On Art Activism. Boris Groys Current discussions about art are very much centered on the question of art activism—that is, on the ability of art to function as an arena and medium for political protest and social activism. 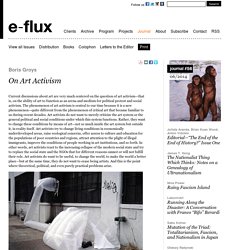 The phenomenon of art activism is central to our time because it is a new phenomenon—quite different from the phenomenon of critical art that became familiar to us during recent decades. Art activists do not want to merely criticize the art system or the general political and social conditions under which this system functions. Rather, they want to change these conditions by means of art—not so much inside the art system but outside it, in reality itself. Art activists try to change living conditions in economically underdeveloped areas, raise ecological concerns, offer access to culture and education for the populations of poor countries and regions, attract attention to the plight of illegal immigrants, improve the conditions of people working in art institutions, and so forth. Art for the Pop of It: September 2012.

"Care to superhero-size your googly-eyed, drippy multi-patty mondo burger with a side of Spider-Man, Nirvana and Mr. 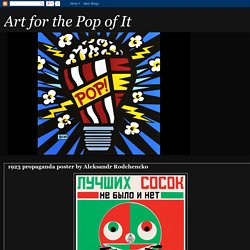 T? Count Italian artist Laurina Paperina as definitely down for that delightfully bad-taste pop-art mashup. "I draw what I see, what I feel ... and what I eat," she e-mails on a break from installing her current Fouladi Projects exhibit, "Bad Smell. " "I get inspiration from music and 'trash television,' from video games, comics and quotes from movies, sometimes from real life and other times not. " Moon Rock. National Portrait Gallery. Throughout a lengthy career, which spanned much of the twentieth century, Marcel Duchamp recast accepted modes for assembling and describing identity. 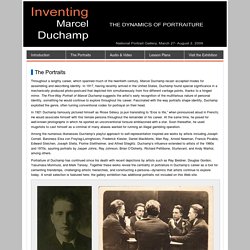 In 1917, having recently arrived in the United States, Duchamp found special significance in a mechanically produced photo-postcard that depicted him simultaneously from five different vantage points, thanks to a hinged mirror. The Five-Way Portrait of Marcel Duchamp suggests the artist’s early recognition of the multifarious nature of personal identity, something he would continue to explore throughout his career. Fascinated with the way portraits shape identity, Duchamp exploited the genre, often turning conventional codes for portrayal on their head.

In 1921 Duchamp famously pictured himself as Rrose Sélavy (a pun translating to “Eros is life,” when pronounced aloud in French). He would associate himself with this female persona throughout the remainder of his career. Velvet galerie - mobilier design - Quasar Khanh - inflatable furniture-pop culture. Monstrous race - un álbum en Flickr. Monstrous race - an album on Flickr. Galeria d'imatges X: BOCETOS D'E. PLANAS. PLANAS, EUSEBI. 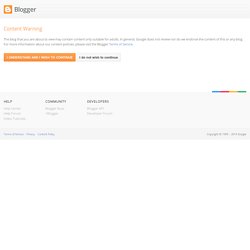 Bocetos d'E. Planas. Art Inconnu - Little-known and under-appreciated art. "Jeune fille lisant" Maria Blanchard was born horribly disfigured from a fall that her mother took while she was pregnant. 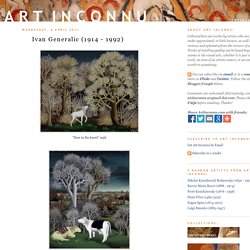 Her disfigurements included enanismo, which is like dwarfism, a hump on her back, much like a polio victim would have and cojera, which is a deformity in the hips, making walking very difficult. She was often referred to as "the witch". This led her to live a life of solitude. However, this did not stop Maria from becoming a great artist. "Enfant aux pâtisseries" 1924. Annamccarthy.tumblr.com/post/73101797442/dear-friends-we-are-happy-to-invite-you-to-a. Rongwrong. Entrevista a Claire Fontaine. C'est assez bien d'être fou. GUERRILLAGIRLS: Fighting discrimination with facts, humor and fake fur. 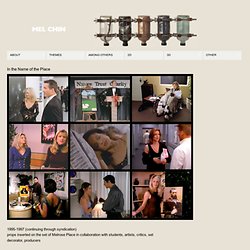 Television Broadcast and Museum exposure C. Live Auction Benefit for Education. Yomango. Disinformation works outing in Brussels! Theodor W. Adorno. The Influencers 2013. Pdf/exposito_sitac.pdf. Pdf/exposito_sitac.pdf. Olia lialina. Music History In Gifs - Design. If we didn't work yet still managed to own a computer, we would probably spend a good portion of our time watching the endless vortex of procrastination that is the world of gifs. 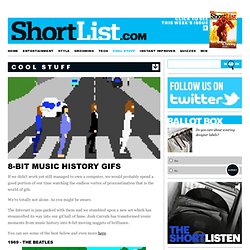 We're totally not alone. As you might be aware. The Internet is jam-packed with them and we stumbled upon a new set which has steamrolled its way into our gif hall of fame. Josh Carrafa has transformed iconic moments from music history into 8-bit moving nuggets of brilliance. You can see some of the best below and even more here. MediaArtLab. Джозефин БосмаМежду умеренностью и экстримом (крайностью). Разногласия между нет-арт теорией и арт-дискурсом (2000)Тематика: Медиа-сообщества , Медиа-арт , Медиа-артЯзык оригинала:английский Society on the Internet is hardly different from that off-line. The few differences in cultural, social, and political structures up to now, should mostly be credited to the specifics of its technology and to the inexperience of people working with it. 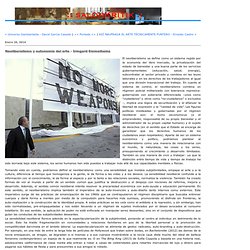 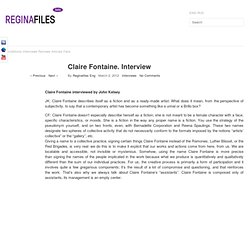