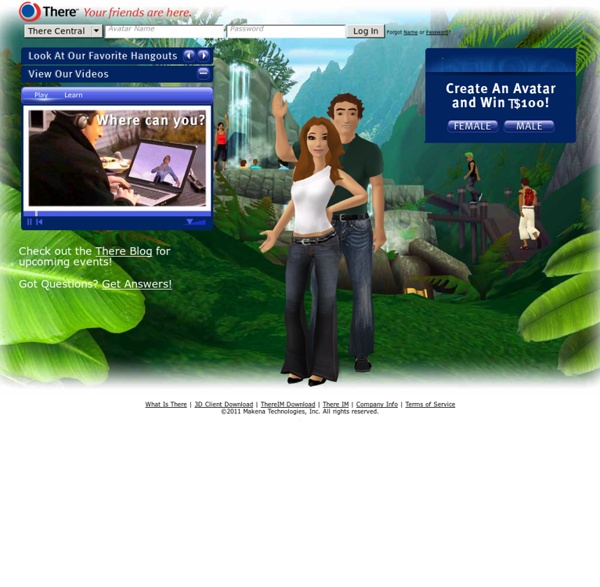 My 2008 Gaming and Online Worlds Predictions As 2007 draws to a close, here are some educated guesses for the coming year, pegged to hard numbers. (Because there’s nothing lamer than meaninglessly broad, unverifiable forecasts.) Wii Install Base Surpasses 360 and PS3 Combined This would have very nearly been a fait accompli this holiday season, had Nintendo produced enough Wii supply to meet the unrelenting Wii demand. Analysts estimate that this shortfall cost the company more than a billion dollars, in other words, the equivalent of 4 million additional units that would have sold, had they been on shelves.

Method The TPAssist methodology is concerned with time utilization and productivity optimisation. This methodology can be applied to Life Management as well as task and project management in the workplace. We also provide tools and advice regarding using Mindjet MindManager with David Allen's Getting Things Done approach. Crucial to optimal time utilization is the ability to quickly and easily capture, process, dispatch and revisit needs and requests. NBS: Virtual Reality vs. Immersive Environments Victor Lombardi Evolution of Technology Dr. D. Onieal April 20, 1994 Introduction to Human-Computer Interface Design Online games battle for top spot Lord of the Rings Online made its debut early in 2007 Challenges to the dominance of World of Warcraft over online games and gamers look set to emerge in 2008. So say industry watchers looking back on a year in which the field as a whole matured and signs emerged which show how the industry sector is developing. During the year Blizzard's flagship title consolidated its hold on gamers as its subscriber base kept growing.

Who? What? When? Where? Why? Questions to Ask BEFORE Asking “How Do you want only simple, specific tips, or something wider and deeper? It’s a very old journalistic cliché that stories should always contain answers to these six questions: What? Who? Buzzing with Social Curation Tools! Today, we are all facing information overload, and it is often difficult to find what we are looking for, especially if we are looking for updated collections of resources to support a topic, issue or idea. Major search engines like Google, Bing and Yahoo don't exactly do a great job in assisting either, which might also be partially due to the growing influence and spam of 'Search Engine Optimization (SEO)' gurus, engines and companies. It is amazing how much spam comments I get on this blog alone (10 - 20 spam comments a day!), thanks to SEO strategies.

Generations gaming « Second Life Research Journal January 17, 2008 by librariandreamer Jenny Levine points us toward a more complex understanding of who gamers are in her January 2007 “Getting Your Game On” article in American Libraries. She states, among other statistics: ANONYMITY &amp; PRIVACY [ English | German ] Protection of Privacy on the Internet JAP (called JonDo in the scope of the commercial JonDonym anonymous proxy servers - AN.ON remains free of charge) makes it possible to surf the internet anonymously and unobservably. Without Anonymization, every computer in the internet communicates using a traceable Address. That means: the website visited, the internet service provider (ISP), and any eavesdropper on the internet connection can determine which websites the user of a specific computer visits.