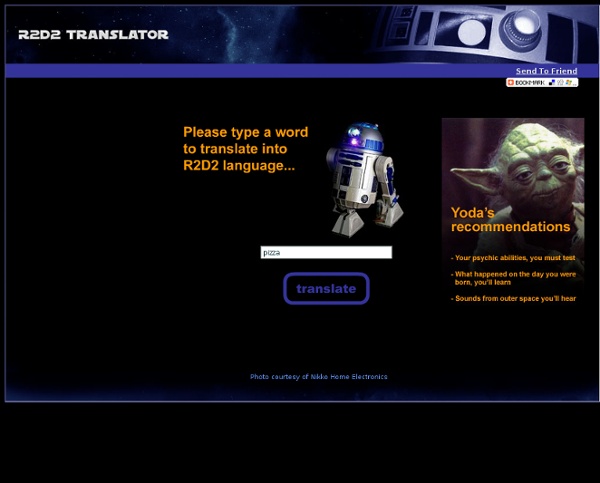 Save Star Wars In 1988, the American motion picture industry went through a legal upheaval that went all the way to Congress. Ted Turner had purchased the rights to studio libraries, such as MGM and RKO, and was releasing classic films in colourized versions, to surprising success. Many of the directors of these films were still alive and protested this bastardization--but alas, they had no legal case. This inspired Hollywood to go to Washington. Directors like Steven Spielberg, James Stewart, Woody Allen, John Huston and George Lucas testified before Congress in order to enact legislation that would protect artists from having their work defaced as well as ensuring the public had access to classic films--their cultural heritage--in the original form. This was sought through entering the Berne Convention for the issue of Moral Rights, a law which exists in many European countries.

Create Music Beats - The online music factory - Jam, remix, chor JamStudio for 2021! Download the Windows App or Mac App to keep using JamStudio! DO IT NOW! This app will work after Flash is removed from browsers in 2021! Windows AppMac App Thanks for using JamStudio. EIDAuthenticate - My Smart Logon Overview EIDAuthenticate is the solution to offer smart card logon on stand alone computers. Made by certified security experts, EIDAuthenticate respects the spirit of the deep internal Windows security mechanisms and offers a user friendly interface.

Paul’s Powerpoint to the Corinthians I have long been struck by the beauty of Paul’s prose in chapter 13 expressing Christianity in terms of Platonism centuries before Augustine. Of course I have the advantage of speaking English fluently and so being able to understand and be moved by this gem from the King James: Charity never faileth: but whether there be prophecies, they shall fail; whether there be tongues, they shall cease; whether there be knowledge, it shall vanish away. For we know in part, and we prophesy in part.

Internet Memes Timeline Trololololololololololo man Feb 28, 2010 6:00 PM Added to Youtube in November of 2009 the Video "Я очень рад, ведь я, наконец, возвращаюсь домой" had only few views until it was posted into several music blogs in march of 2010. In a week more than 1 million people watched the Trololololololololololo man sing his song. The World's Top 10 Most Innovative Companies in the Internet of Things 1. Nest (Google) For solving yet another pain point in building the smart home. Following its game-changing "learning thermostat," Nest released the Protect smoke detector, again infusing a previously design-neglected home appliance with modern detail and functionality.

Pimp My Ride: AT-AT « G33KPRON – Games, Comics, Movies, Gadgets, Music, Cosplay & Girls I don’t care what anyone says, it’s pronounced [eh-tee eh-tee] NOT [at at]. You wanna know why? AT-ATs are not the only Imperial walkers. There are also All Terrain Scout Transports or AT-ST. Not to mention AT-PT, AT-AA, AT-AR, AT-AP, AT-TE, AT-OT, AT-RT and MT-AT. So, if All Terrain Armor Transports are “at ats” how the hell do you pronounce the rest of them? Raffi Khatchadourian: Can an Audacious Plan to Create a New Energy Resource Help Save the Planet? Years from now—maybe in a decade, maybe sooner—if all goes according to plan, the most complex machine ever built will be switched on in an Alpine forest in the South of France. The machine, called the International Thermonuclear Experimental Reactor, or ITER, will stand a hundred feet tall, and it will weigh twenty-three thousand tons—more than twice the weight of the Eiffel Tower. At its core, densely packed high-precision equipment will encase a cavernous vacuum chamber, in which a super-hot cloud of heavy hydrogen will rotate faster than the speed of sound, twisting like a strand of DNA as it circulates. The cloud will be scorched by electric current (a surge so forceful that it will make lightning seem like a tiny arc of static electricity), and bombarded by concentrated waves of radiation. Beams of uncharged particles—the energy in them so great it could vaporize a car in seconds—will pour into the chamber, adding tremendous heat. No natural phenomenon on Earth will be hotter.

STAR WARS® Deckplans Alliance SoroSuub XP-38 Sport Landspeeder This joint-effort project was developed by Eric "Uncle Servo" Allen, and Frank V Bonura with help from Lucas P. This project is mainly is based on the original movie production blueprints from "STAR WARS® - A New Hope", with additional design influences coming from the artwork of Doug Chiang, and vehicle schematics of Troy vigil in: "STAR WARS® - The Essential Guide to - Vehicles, and Vessels" by Del Rey® Books. Behind the scenes: To Successfully Launch A Product, You Have To Tell A Compelling Story “The art of narration and dramatic presentation, together with a keen sense of the oral epic style, became a characteristic quality of the Russian people.” —Vladimir Propp, Morphology of the Folktale At the end of a week filled with product launches and press conferences, it’s hard not to compare those marketing events. Without even talking about the products, some were much more compelling than others.

FaceSubstitute Is The Coolest (And Creepiest) Thing You’ll See This Week Ready for your semi-regular reminder that technology is freakin’ amazing? FaceSubstitute is a tech demo that lets you use your webcam to try on someone else’s face (god, that was a weird sentence to type), and it’s just as creepy/awesome as it sounds. Want to be Walter White? Sure! Want to be a terrfying pseudo-Kardashian? How Are You Feeling? This App Tells You Face-tracking technology allows computers to read facial expressions. In case you want to know about your mood. If you've ever been confused about how you're feeling, and it happened to be the 1970s, you could always count on the mood ring. The jewelry fad claimed to read wearers' levels of anxiety or ebullience by measuring body temperature. Ozobot Is a Smart Robot That Plays Games With You LAS VEGAS — Ozobot, a game-playing robot, wants you to get physical with digital games — and it could be on to something. According to a recent study by the Entertainment Software Association, more than half (58%) of all Americans play video games, which may lead some to believe that fewer people are playing physical board games. On the other hand, the same study says 34% of online gamers play puzzles, board games, game shows, trivia and card games, which suggests many still yearn for some old-school gaming.

This Wearable Gadget Zaps You to Stand Taller LAS VEGAS — Lumo BodyTech announced during the 2014 International CES show a small gadget that nudges you to stand up straight. The Lumo Lift, which comes in a variety of colors, detects your body's positioning and when you start to slouch, the device vibrates and reminds you to adjust your stance. The Lift can be clasped to an undershirt, collar or bra strap. "Lumo Lift tracks your body positions and movements, and when you close off your body, the sensor provides a gentle vibration to remind you to keep your shoulders back and head lifted," a company spokesperson told Mashable. "It also provides feedback and rewards through a mobile app." Right now, the company is looking to crowdfund the project on its website, LumoBodyTech.com.