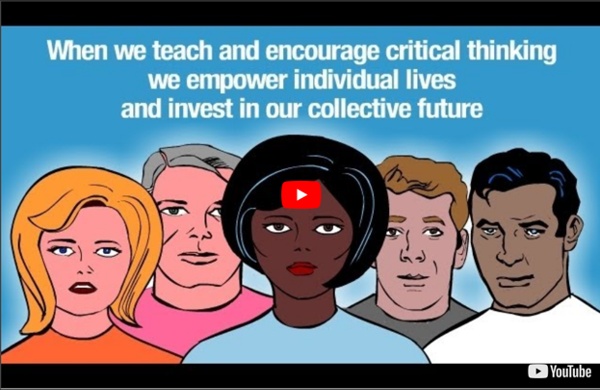 15 Years of Cutting-Edge Thinking on Understanding the Mind by Maria Popova What mirror neurons have to do with Abu Ghraib, the science of religion, and how happiness flourishes. For the past 15 years, literary-agent-turned-crusader-of-human-progress John Brockman has been a remarkable curator of curiosity, long before either “curator” or “curiosity” was a frivolously tossed around buzzword. His Edge.org has become an epicenter of bleeding-edge insight across science, technology and beyond, hosting conversations with some of our era’s greatest thinkers (and, once a year, asking them some big questions.) Last month marked the release of The Mind, the first volume in The Best of Edge Series, presenting eighteen provocative, landmark pieces — essays, interviews, transcribed talks — from the Edge archive. The anthology reads like a who’s who of Brain Pickings favorites across psychology, evolutionary biology, social science, technology and more.

13 year old Logan LaPlante: Hackschooling Makes Me Happy Logan Laplante is a 13 year-old boy who was taken out of the education system to be home schooled instead. Logan had the ability to tailor his education to his interests and also his style of learning, something traditional education does not offer. Logan said that when he grows up he wants to be happy and healthy. At the TEDx talk below, he discussed how hacking his education is helping him achieve that goal. “When I was 5 years old, my mother always told me that happiness was the key to life. When I went to school, they asked me what I wanted to be when I grew up.

Group Marriage and the Future of the Family With the traditional nuclear family well on its way to extinction, we are faced with a question of critical importance: who will mind the children? Neither two-career nor single-parent families offer children full-time, loving caretakers, and quality day care is both scarce and expensive. Nanny's are a luxury out of reach for most families making up the 99 percent. The myth of the eight-hour sleep Image copyright Other We often worry about lying awake in the middle of the night - but it could be good for you. A growing body of evidence from both science and history suggests that the eight-hour sleep may be unnatural. In the early 1990s, psychiatrist Thomas Wehr conducted an experiment in which a group of people were plunged into darkness for 14 hours every day for a month.

One Community Sustainable Food Production Infrastructure One Community’s food infrastructure is just one component of our For The Highest Good of All approach to open source project-launch blueprinting strategy for self-replicating and self-sufficient teacher/demonstration communities, villages, and cities to be built around the world. Just as we will be showcasing a diversity of sustainable housing modes and alternative energy infrastructure, so too will we showcase a diversity of food production methodologies ranging from earth-regenerative permaculture farming to greenhouses to aquaponics farms. Even with traditional methods one person working full-time on food production can produce enough food to feed 30; with aquaponics that same person can produce enough food to feed 300.

Edward de Bono - Inventor of Lateral Thinking and Strategic Brain Training Edward de Bono is one of the pioneers of Brain Training. In 1967 he invented the world famous Lateral Thinking technique. He is a proponent of the direct teaching of thinking as a skill. He has dedicated his life to help people from around the world improve their thinking abilities and creativity skills.