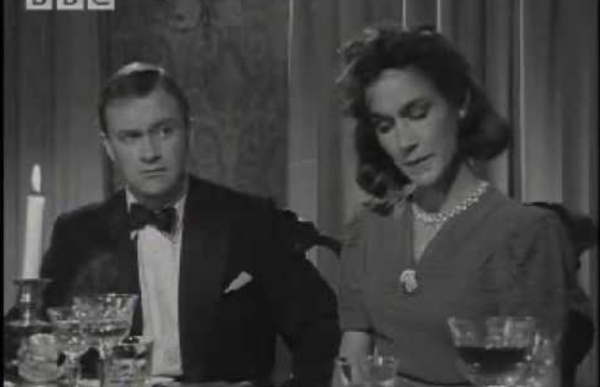 Sports Direct under fire for 'Girl Stuff' toy cleaning set Emily Gosden – Published 06 January 2014 03:05 PM SportsDirect has come under fire for encouraging sexism after selling a toy set of cleaning products branded “It’s Girl Stuff!”. The set, which includes a dustpan, brushes and spray bottle, is sold in a bright pink packaging adorned with flowers and a “female” sign. The retailer, controlled by Mike Ashley, was tight-lipped about the product on despite a growing backlash online. Twitter users have reacted with dismay to images of the toy set, made by manufacturer Kandytoys and being sold for £5 on the SportsDirect website. One, Em Murphy-Wearmouth, a director at Octopus Communications, described it on the social media site as “outrageous” and “the most disgusting sexism I have seen targeting young girls”. Louise Mensch, the former Tory MP, joined the backlash, writing: “Wow. ”I just wouldn’t label it girl’s stuff – it’s just so unnecessary and restrictive for both boys and girls.” A spokesman for SportsDirect declined to comment.

Watch A Student Totally Nail Something About Women That I've Been Trying To Articulate For 37 Years Lily Myers: Across from me at the kitchen table, my mother smiles over red wine that she drinks out of a measuring glass. She says she doesn't deprive herself, but I've learned to find nuance in every movement of her fork. In every crinkle in her brow as she offers me the uneaten pieces on her plate. Maybe this is why my house feels bigger each time I return; it's proportional. It was the same with his parents; as my grandmother became frail and angular her husband swelled to red round cheeks, round stomach, and I wonder if my lineage is one of women shrinking, making space for the entrance of men into their lives, not knowing how to fill it back up once they leave. I have been taught accommodation. You learned from our father how to emit, how to produce, to roll each thought off your tongue with confidence, you used to lose your voice every other week from shouting so much. still staring at me with wine-soaked lips from across the kitchen table.

Children at play: The war on pink There is a resurgence in response to the wash of pink aisles for little girls, by those who object to the gendered way toy marketing is being done, writes Judy Crozier. PINK FILLS THE GIRL-AISLES of toy stores, because everyone knows what little girls want, what little boys want. Isn’t that so? We know the categories from which to choose — boys have go-get-‘em toys like trucks, things you can build, models of muscle-bound heroes or villains. Girls have domestic toys — the tiny ironing board, the dolls, the little toast rack. They have dolls to dress in swanky clothes; they have dolls’ houses So that’s clear. Many of us don’t think that’s so. Way, way back when I was a new mother, we visited a family with two young boys. The boys’ mum turned to me, raised her eyebrows and said: “I just don’t know what they do with them for hours!” I looked at those little plastic figures scattered amongst the sandals and socks, and it came to me: "Well, after all, what did we do with dolls?’" She looked at me:

'Too Much Estrogen': The Golden Globes, Chris Christie and Men Who Don't Want to Share Culture | Soraya Chemaly Brit Hume thinks Chris Christie is paying for a "feminized atmosphere," in which his naturally tough guy (read: male) behavior has been erroneously cast as bullying. Meanwhile, the NY Post's film critic Kyle Smith's take on the Golden Globes was that there was just "too much estrogren." These are just this weekend's examples of men having a hard time-sharing culture. Sounds an awful lot like my 3-year-old brother, who used to chant, "Mine! Mine! "Guys [like Christie] who are masculine and muscular like that in their private conduct, kind of old-fashioned tough guys," explains Hume, "Run some risks." Smith, in the meantime, thinks that the Globes should have just been called "Girls." You can't argue with the way people feel. The Globes red carpet and crowd shots suggested a nice gender parity, everyone seemed to have a spouse or a date, usually of the opposite sex. Horrors. First, let's put Smith's disgust in context. Likewise, Hume's casual concerns about "feminized atmosphere."

Van Badham battles the Brosphere: On women, trolls and the Australian media in 2013 Social media is the new democracy of Australian opinion. Not so long ago – like, you know, the dark ages of the 1990s – participation in the contemporary political discourse was a privilege of, well, privilege. If you didn't have the time and money yourself to create your own publication and distribute it (hello, The Chaser!), you had to wait for an established media brand to anoint you with a platform. The selection process of the latter were, of course, drawn from the unacknowledged, systemic prejudice that talks about "merit" even as it seamlessly restocks its ranks of middle-class, white men. Now, one no longer requires a broadsheet masthead above a headshot to claim a public media platform, and Twitter is the new distribution. Participating in this discussion and its activism is exhilarating. Trolling is happening because there have never been so many women visibly engaged in public nation-making debate as there are online. Here's what to do when they strike: Remain calm.

When God Was a Woman When God Was a Woman is the U.S. title of a 1976 book by sculptor and art historian Merlin Stone. It was published earlier in the United Kingdom as The Paradise Papers: The Suppression of Women's Rites. It has been translated into French as Quand Dieu était femme (SCE-Services Complets d'Edition, Québec, Canada) in 1978 and into German as Als Gott eine Frau war in 1989. Possibly the most controversial/debated claim in the book is Stones' interpretation of how peaceful, benevolent matriarchal society and Goddess-reverent traditions (including Ancient Egypt) were attacked, undermined and ultimately destroyed almost completely, by the ancient tribes including Hebrews and later the early Christians. The book is now seen as having been instrumental in the modern rise of feminist theology in the 1970s to 1980s, along with authors such as Elizabeth Gould Davis, Riane Eisler and Marija Gimbutas. See also[edit] References[edit] Philip G. External links[edit]

What Does it Mean that Most Children's Books Are Still About White Boys? | Soraya Chemaly This article is updated from a version published earlier this year in Role/Reboot. One day when my daughter was in third grade, she had to explain to a classmate what sexism was. Four kids -- two boys and two girls -- had been put in a reading group together, given a basket full of books and asked to talk about them and decide together which one they wanted to read and discuss. As they went through their choices, the boy picked up a book whose cover showed an illustration of a woman in a hoop skirt. He quickly tossed it aside. "Do you know how many books with boys in them I read?" Frankly, today, I'm pretty certain that what she, a 9-year old, told her classmate was more than most adults can muster. Do you know what percentage of children's books feature boys? 57% of children's books published each year have male protagonists, versus 31% female. This is true of racial and ethnic diversity as well. The same statistics are reflected in television programming. What was that?

Our Core Values | WAM! Gender equity in media access, representation, employment and ownership — and a world in which a just media is considered essential to a just society. WAM! connects, supports and organizes media makers, activists, academics and funders working to advance women’s media participation, ownership and representation. Our work is part of an advocacy movement for gender justice in media. Click here for details about how we do it! WAM!

SmartSafe Rape in India: Satirical Video About Victim-Blaming Goes Viral A comedy group in India, fed up with rampant victim-blaming demonstrated towards women who've been raped, decided to fight back—with comedy. The parody video from "All India Bakchod" features Bollywood actresses gleefully (and sarcastically) explaining to women that rape is "their fault." The joke here isn't the act of rape itself, but the excuses used to perpetrate it. As they state on their Youtube page: Every sexual assault case in India inspires a string of stupid and hateful remarks against women. This is our response to those remarks. The video has already gone viral, gaining over half a million hits in three days. And as it lambasts every tired argument used to blame victims for their own attacks—your skirt was too short, you were walking on the street at night, you're too friendly with men—the similarities between India's rape problem and the one in the U.S. are evident.