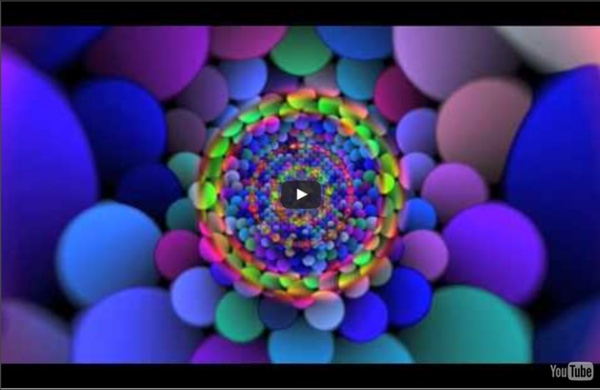 40 websites that will make you cleverer right now The indexed web contains an incredible 14 billion pages. But only a tiny fraction help you improve your brain power. Here are 40 of the best. whizzpast.com – Learn about our awe inspiring past all in one wonderful place. Pineal Gland The pineal gland, also known as the pineal body, conarium or epiphysis cerebri, is a small endocrine gland in the vertebrate brain. It produces melatonin, a serotonin derived hormone, which affects the modulation of sleep patterns in both seasonal and circadian rhythms.[1][2] Its shape resembles a tiny pine cone (hence its name), and it is located in the epithalamus, near the center of the brain, between the two hemispheres, tucked in a groove where the two halves of the thalamus join. Nearly all vertebrate species possess a pineal gland. The gland has been compared to the photoreceptive, so-called third parietal eye present in the epithalamus of some animal species, which is also called the pineal eye. René Descartes believed the pineal gland to be the "principal seat of the soul" and viewed it as the third eye.[6]

Nano-Drones: Neuroscientists Now Invading Our Brains July 22, 2013 - [Think we've seen the last of invasive technologies? Not by a long shot. Chemtrails are one such delivery system for nano-particles, but nano-particles can piggy back with most anything besides the air we breathe - food, water, injections, patches, chips, clothing, anything. The effort to modify human nature into a more submissive subservient and marginally thinking transhumaniod is relentless. Great report here outlining the latest insanity in this techno-mad invasion on humanity. - Zen]

The Meaning of the Pineal Gland The pineal gland, a pine-cone shaped gland of the endocrine system, is a highly essential part of the brain necessary to our survival. It is often associated with the third eye or the Ajna chakra, when activated, leads one to higher realms of consciousness. The third eye gives us perception of the universe around us through the five senses. Through our five senses we have self awareness and intelligence: sentience. As a chakra, the third eye, the pineal gland represents the point at which the body receives energy from the universe that keeps our lives sustained; the main access point between the astral body and the physical body. Its function in the brain is essential to our very consciousness.

The Flower of Life The flower of life holds a secret through which one can discover the most important and sacred pattern in the universe. This is the source of all that exists; it’s called the Fruit of Life. It contains 13 informational systems. Each one explains another aspect of reality. Articles - Fluoride & the Pineal Gland: Study Published in Caries Research Fluoride & the Pineal Gland: Study Published in Caries Research International Fluoride Information Network March 27, 2001 IFIN Bulletin #269: Fluoride and the pineal gland. Luke published. Dear All, The wheels of science grind very slowly. Finally, the first half of the work that was the subject of Jennifer Luke's Ph.D. thesis; presentation in Bellingham, Washington (ISFR conference) in 1998 and a videotaped interview I had with her (see www.fluoridealert.org/videos.htm), has been published in Caries Research (see abstract below). In my view this work is of enormous importance and could be (or should be) the scientific straw that breaks the camel's back of fluoridation.

Music and Sacred Geometry In the Brahma Samhita story written in Sanskrit the first born son of the creator god is called Narada which means Music. I take this as an acknowledgement of the importance of Music as one of, if not the, primary language and metaphor that creates existence. Music spans the gulf between the impersonal patterns of number woven into frequencies of sound and the very personal emotional response to the archetypes of embodied experience. It strikes me as interesting that it is not just being suggested that vibration is the source of existence but that it is the beautiful patterns that can be perceived within the vibrations ! Since at least the days of Pythagorus we have understood that harmony is dependent on simple numerical ratios of vibration.

How to Decalcify and Detoxify the Pineal Gland By: Spiritual Scientist, Guest Contributor The primary goal of decalcifying your pineal gland is so that you can begin the process of pineal gland activation and begin the awakening of your third eye. There are two parts to pineal gland decalcification. The first is to stop any further calcification of your pineal gland which is caused by any lifestyle habits or environmental factors, e.g. flouride, etc. The second step is to work on reducing and removing the existing calcification and help to further develop your pineal gland. Below we will go through the methods you can take to achieve these two steps. Do Electromagnetic Fields Affect the Pineal Gland, Limiting Human Consciousness? By Dylan Charles As humanity continues into the new millennium, technology and communication continue to play an increasingly important role in human life. Today, most people in developed countries are completely connected through cell phones, tablets and computers.

The revival of an ancient science At the other end of the scientific spectrum of contemporary science an ancient science is being restored. For ages it has been preserved carefully. It is more or less an art form and it is called ‘sacred geometry’. Why sacred, what is so sacred about geometry? In spiritual mystery-schools of the past it was taught that sacred geometry has been used by God to create the universe. We now know that sacred geometry contains many mysterious elements that elegantly describe many phenomena such as the growth of plants, the proportions of the human body, the orbit of the planets, light, the structure of crystals, music. How to Clean Up the Pineal Gland Cleaning up the Pineal Gland is useful for those wishing to develop their multidimensional perceptio... Cleaning up the Pineal Gland is useful for those wishing to develop their multidimensional perception. The Pineal gland will naturally make its own DMT when fully operational and we will be able to remain in a visionary state most of the time. An awakened pineal gland brings the ability to consciously astral travel, explore other dimensions, foresee the future and receive communications from loving dimensional beings.DMT is a component of Ayahuasca - a plant medicine from the Amazon that brings profound physical and heart healing through its purgative effects and the perception of other dimensions. Thus it would appear human beings were intended to be visionary beings and be able to tap into the information in other dimensions. This dimensional perception transcends the ego and rapidly heals our sufferings, conflicts and thus karmas.Here are some basics for pineal detox:1.